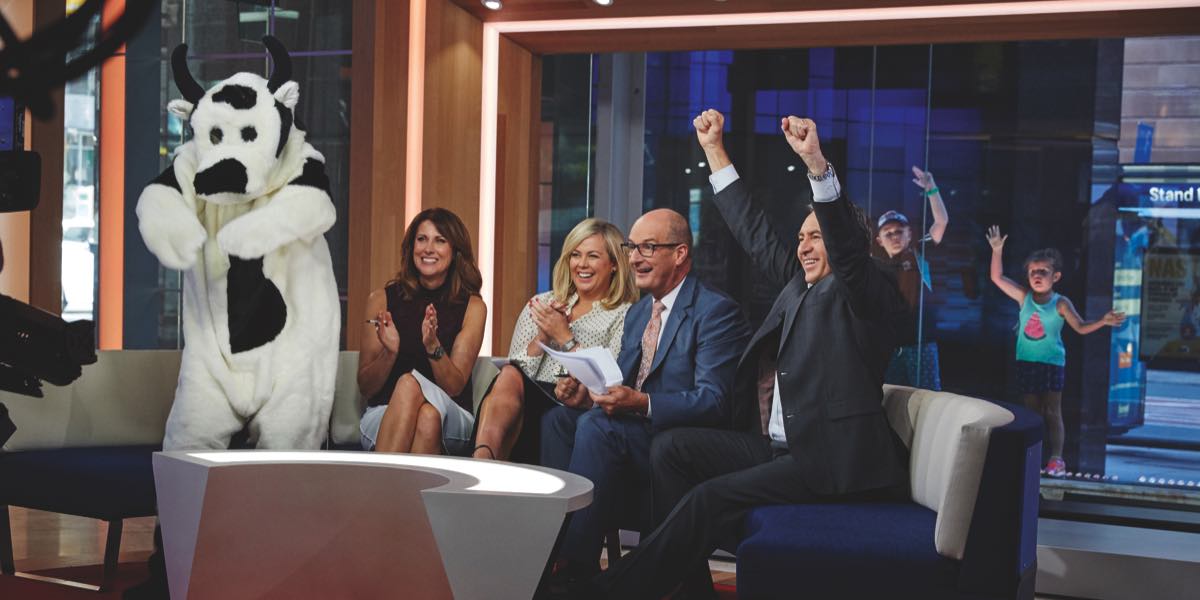 Executive producer of Sunrise Michael Pell is proud of the work done on the revamped Sunrise set, but acknowledges the struggle it has been to see the new-look set fully realised.

“It’s not like you can click your fingers and say you want to see it,” Pell said. “You can knock one up quickly for a new show in a warehouse, but when you have a studio like Martin Place which actually services about five different shows with shows on every day of the year, when do you actually get a new set in and get the old one out?”

To install the new set, every program at the Martin Place studio in Sydney had to vacate for an entire week, which is a logistical challenge. Forty hours of television had to find a temporary broadcast location. While The Morning Show and Daily Edition were off that week due to Seven’s tennis coverage, the evening news had to be relocated to a makeshift set in a boardroom, while Sunrise went on the road for seven days.

The new set was the creation of New York-based designer Jim Fenhagen who has designed sets for shows that include CBS This Morning, Last Week Tonight with John Oliver, Good Morning Britain, and the large-scale redesign of the iconic Ed Sullivan Theatre for The Late Show with Stephen Colbert. 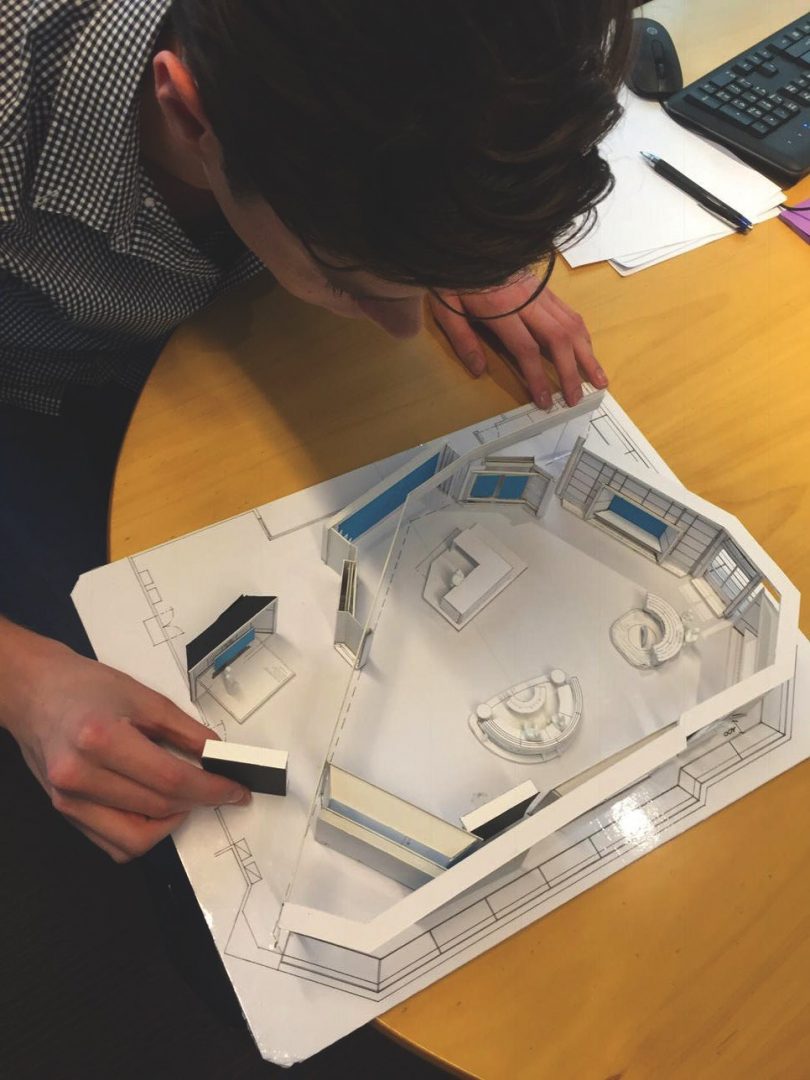 Pell examines a model of the then-proposed set

Fenhagen is no stranger to Sunrise, having designed the previous version of its set. Hiring him for the job was a no-brainer for Pell: “We knew his work and he has the most experience in the world. We’d like to think that we’re a world-class product and for that world-class product, we felt it deserved someone who was world-class calibre to be looking at the design. He’s designed the breakfast sets for shows all around the world, from the US to the UK to China. So, I felt he knew what the trends were.

“One of the main things he said to us was less is more. Where in the old days he may have tried to dress sets to make them look homely, now you need to get rid of the clutter to open them up and make them feel more friendly to the viewer.”

Once the set was installed, the Sunrise production team had just the Sunday afternoon prior to Monday morning’s broadcast to run tests and get used to the new set. “Even though you can see a design in a computer or a scale model, you have to see it in person to know what shots are going to work and what aren’t going to work,” Pell said.

Pell explained that there are elements of the new-look set that reflect on his own personal taste, citing the simplicity and minimalism of the set. He is also happy to again reopen the studio to the people passing by in the street while Sunrise is being recorded in the morning.

The windows and moveable set also enable the crew to clear the set away and have international stars perform in studio with an audience of fans visible right behind them outside in Martin Place.

Soon, Pell explained, the show will get back to having the presenters leave the set and engage again with viewers outside in Martin Place, as they used to in previous years. It’s just a matter of figuring out the logistics to make that happen.