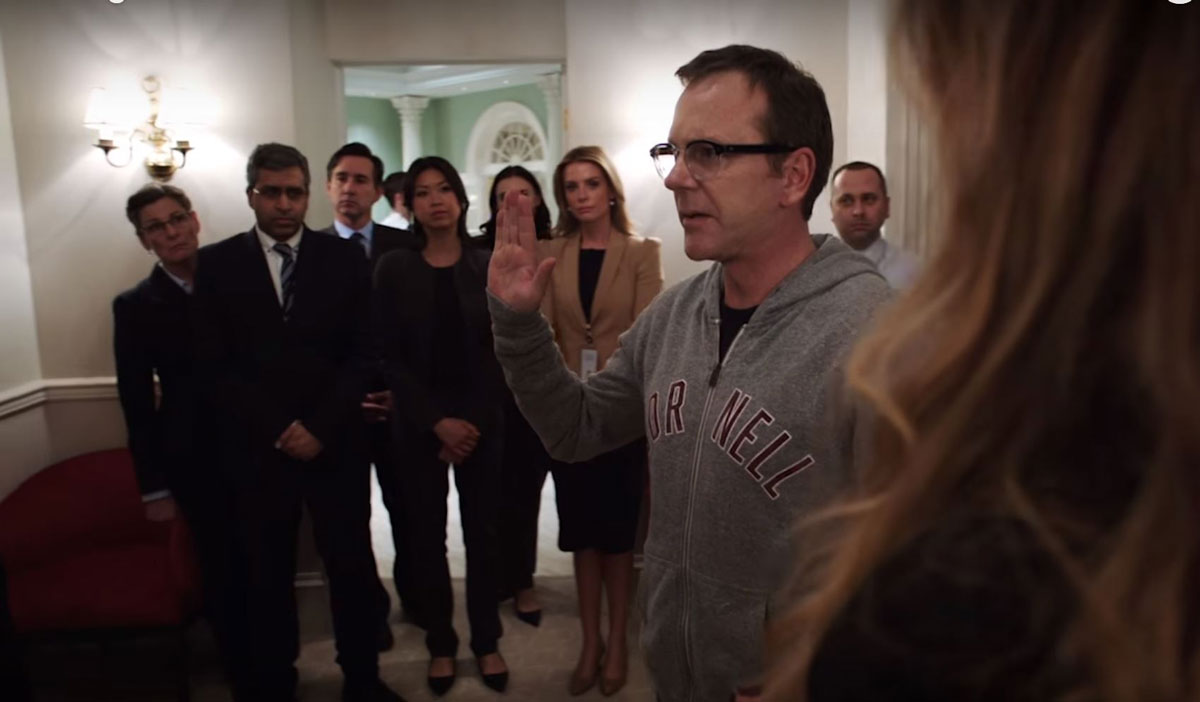 Check out the trailers for new series launching on ABC in the US later this year, ahead of the 2016/17 ABC Upfront presentations to be held in New York this week.

Trailers for upcoming ABC series have been released prior to the 2016/17 Upfront presentations in the US this week, along with show synopsis. Further trailers will be added once the trailers are released.

CONVICTION
Premise: Lawyer and former First Daughter Hayes Morrison accepts a job offered from her nemesis, NY District Attorney Wayne Wallis, to avoid jail time for cocaine possession and avoid hurting her mother’s Senate campaign. Working with his team at the new Conviction Integrity Unit, she uses her brilliant mind to turn over cases where there is credible suspicion of wrongful conviction, while trying to turn things around with her high-powered political family.
Stars: Hayley Atwell (Agent Carter) and Eddie Cahill (CSI: NY)

NOTORIOUS
Premise: Inspired by the true-life stories of famed criminal defense attorney Mark Geragos and cable news producer Wendy Walker, Notorious examines the unique, sexy, and dangerous interplay of criminal law and the media.
Stars: Piper Perabo (Covert Affairs) and Daniel Sunjata (Graceland)TIME AFTER TIME
Premise: A remake of the 1979 Malcolm McDowell film, Time After Time is from executive producer Kevin Williamson and tells the story of famed science fiction writer H.G. Wells who is transported to modern day Manhattan in pursuit of Jack the Ripper. Once Wells arrives in New York, he finds a world he never thought possible and a young woman who captivates him.
Stars: Freddie Stroma, Josh BowmanSTILL STAR-CROSSED
Premise: This Shonda Rhimes/Shondaland production is based on Melinda Taub’s book of the same name and picks up where the story of Romeo and Juliet ends, charting the treachery, palace intrigue and ill-fated romances of the Montagues and Capulets in the wake of the young lovers’ tragic fate.
Stars: Lashana Lynch, Sterling SuliemanDESIGNATED SURVIVOR
Premise: Tom Kirkman, a lower cabinet member unexpectedly becomes president after a devastating attack on Washington. He will struggle to prevent the country and his own family from falling into chaos, as he is thrust into one of the most difficult presidencies in history.
Stars: Keifer SutherlandSPEECHLESS
Premise: A will do anything for her husband Jimmy, her kids Ray, Dylan, and JJ, her eldest son with special needs. As Maya fights injustices both real and imagined, the family works to make a new home for themselves, and searches for just the right person to give JJ his “voice.”
Stars: Minnie DriverDOWNWARD DOG
Premise: The show follows Nan, a struggling millennial, from the point of view of her lonely and philosophical dog, Martin. One session at obedience school already makes them realize that even at their worst, they may be the best thing for each other.
Stars: Allison TolmanIMAGINARY MARY
Premise: A fiercely independent career woman life is turned upside-down when she meets the love of her life — a divorced father with three kids. This triggers even more upheaval when the slightly unhinged imaginary friend she created as a child suddenly reappears to help her navigate the transition from single girl to a woman ready for a family.
Stars: Jenna Elfman