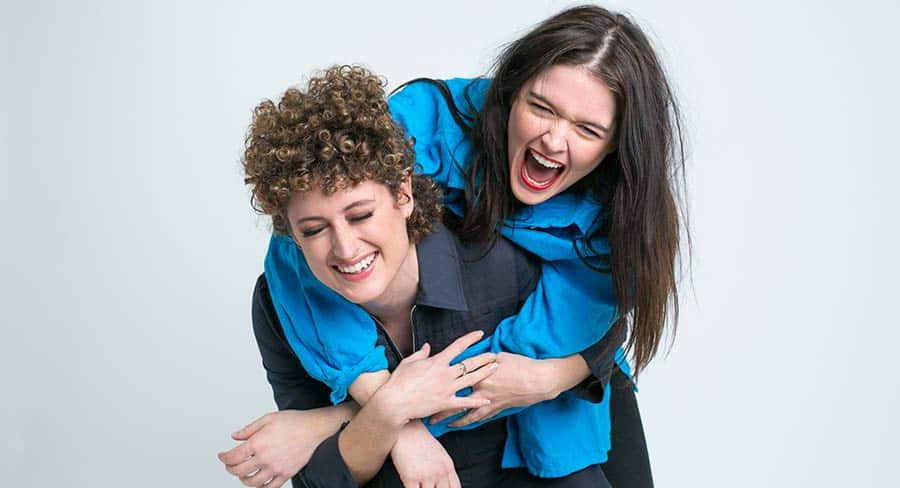 The producers call it Australia’s answer to HBO’s Girls – the web series Dee-Brief.

A new deal between the series’ indie filmmakers sees Dee-Brief coming to 10 Peach and 10 Play on December 7.

Set in inner-city Melbourne, Dee-Brief is being branded as the classic love story of our time, one focussed on female best-friendship. Dee-Brief follows the story of Dee (Alexandra Hines) and Kate (Chloe Martin), two best friends who move in together after Dee ends a long-term relationship.

Based on real life events and stories (with a little bit of artistic licence), Dee-Brief explores life for modern-day women in an honest and unapologetic way.

The trailer hit 20,000 views within a matter of hours, which indicated how hungry Australia is for intelligent female-lead content.

“Dee-Brief tells the ultimate universal female story. Girl breaks up with long-term partner in her late 20s, moves in with best friend and needs to work out who she is all over again,” said co-writer/director Sarah Hickey. “Yet we are telling it through a different lens. The show is guided improvisation that feels so funny because it is real – comedy that makes you laugh or smile because it makes you say: ‘Oh yes. We’ve all been there before.’

“This is a big step for independent web series creators,” said Jessica Pearce. “As the Australian scene for female filmmakers opens, so does the opportunity to make quality TV at an independent level.”

For the SVOD audience, 10 Play will also host exclusive behind-the-scenes videos, interviews and featurettes for those who want a little bit more.

The show has fielded interest from production companies across Australia. Pearce and Hickey are currently working with CJZ (The Ex-PM, Gruen, House of Hancock, Go Back To Where You Came From) developing Dee-Brief season two.