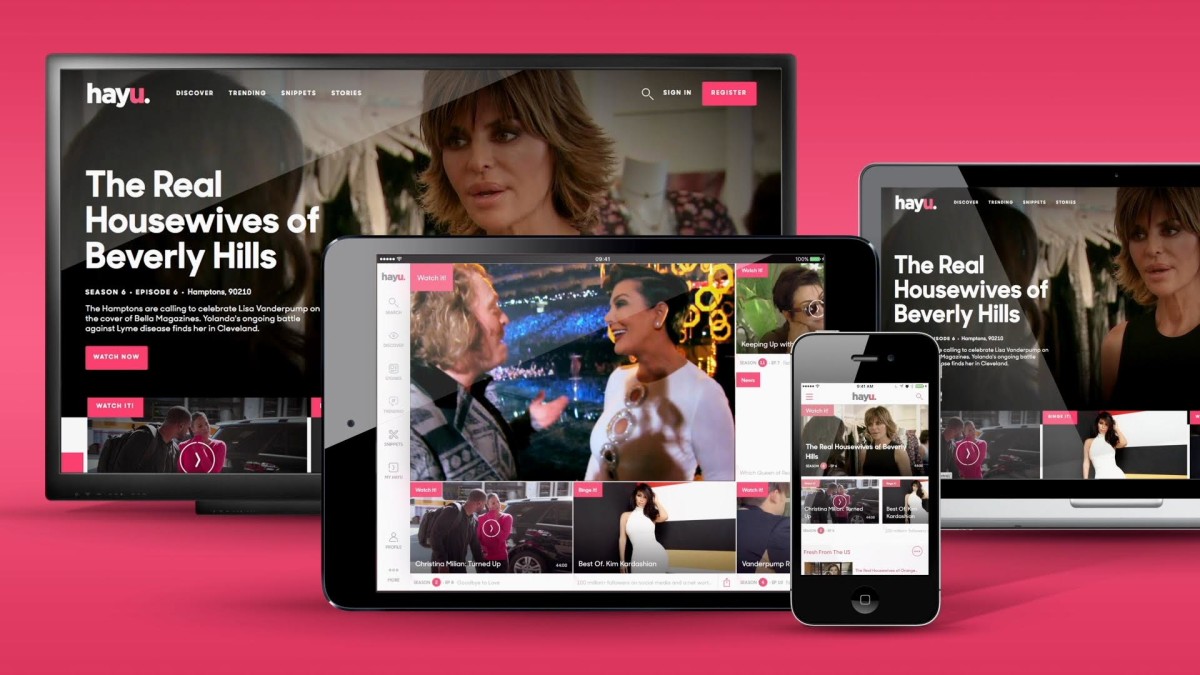 Next month NBCUniversal will launch hayu in Australia, a subscription video on demand service dedicated to reality TV shows.

Next month NBCUniversal will launch hayu in Australia, a subscription video on demand service dedicated to reality TV shows. With a library of over 3,000 episodes, hayu will deliver full series of shows that include Keeping Up With The Kardashians and its spin-offs, Made in Chelsea, The Real Housewives franchise, Top Chef franchises, I Am Cait, Flipping Out, Shahs of Sunset, and The Millionaire Matchmaker. New episodes of their series will debut on the same day as they air in the US.

Currently, many of these titles are available in Australia on Foxtel and on 9Life. 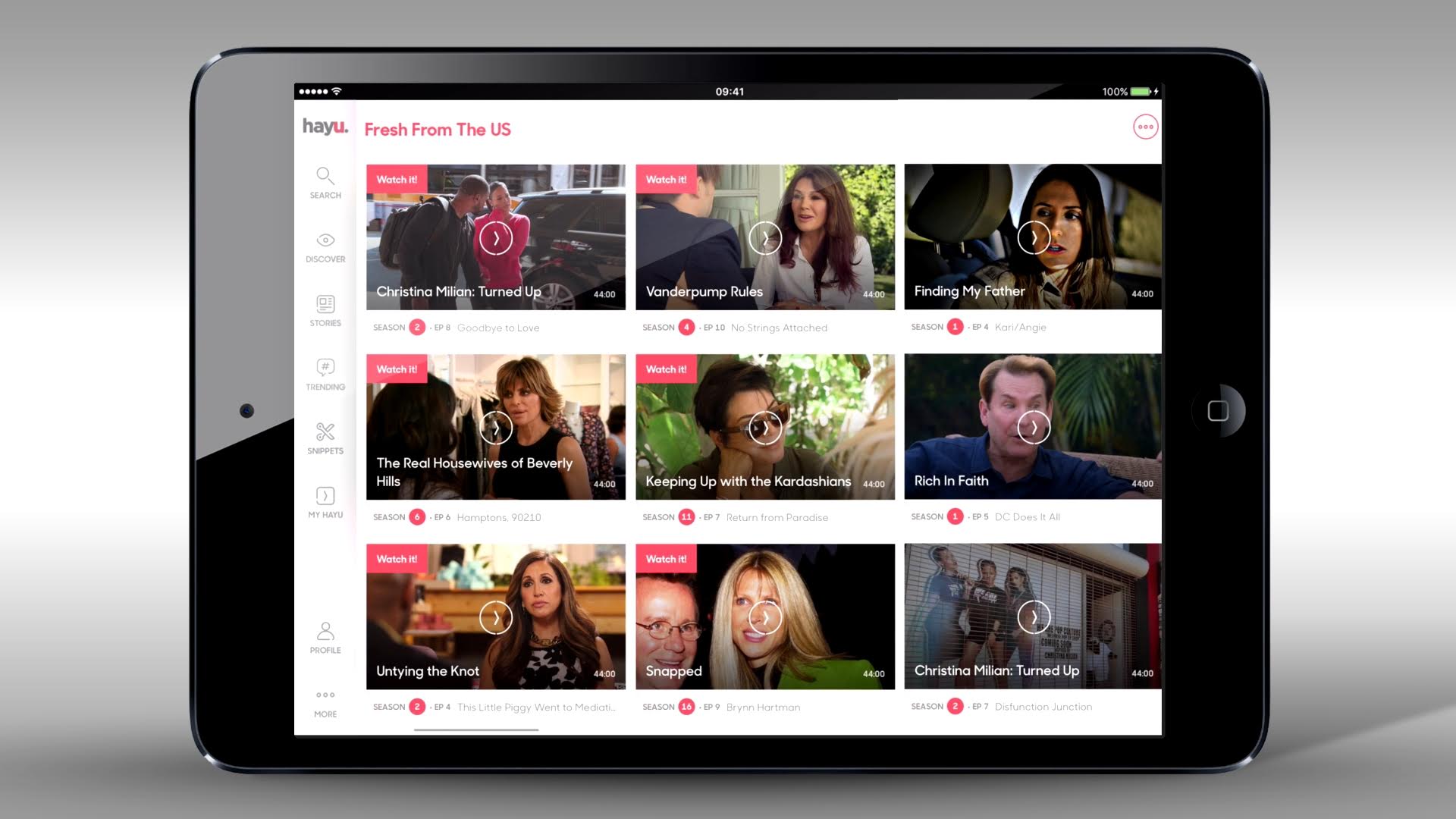 Initially, hayu will only be available in Australia, Ireland, and the United Kingdom. NBCUniversal’s Jay McNamara told Mediaweek that the service was built with the potential of further expansion in mind: “It is completely scalable and built to go out to any market. Obviously you need to focus on a few to start. We chose those markets because they have some of the greatest affinity for this content, with some of the most passionate fans.”

Hayu will be available to stream on iOS and Android phones and tablets. The platform will also support Airplay and Chromecast. However, the service will not be available on connected TV devices like the Apple TV or gaming consoles PS4 or Xbox. McNamara insists, however, that they do have development on the cards.

When hayu launches in Australia, it will be priced at $5.99, with a 30-day free trial. Netflix charges $8.99 for its entry-level package, with its closest-priced competitor Stan charging $10 per month. The price was deliberately kept at a level that highlighted the service as an economical purchasing decision. The hayu publicity material defines the price as less than the cost of lipstick.

Traditionally most SVOD services like Netflix and Stan have stayed clear of reality programming. However, the team working on hayu saw the absence of reality fare on SVOD as an opportunity to take advantage of.

“There has been a huge explosion in the SVOD space, but when we stepped back and took a look at what those services were and the consumers that it was serving, we did see a very big gap. Reality television has not been a mainstay of the larger general entertainment on demand services. They’ve chosen to focus on scripted content – film and series primarily. As the largest producer of this content, we thought that there was an unmet demand and we did some research and that proved to be the case. We think that there is a great interest in this content. There is a very passionate fan-base for this content and we thought that by putting it all together in a next generation on demand service and really serve that fan-base, we think we’ll be onto something.”

In addition to full episodes of shows, hayu will also offer behind the scenes videos, interviews, trailers, and other bonus material. It will also provide access to short 5-15 second videos that can be shared on users’ social media feeds. Access to this supplementary material is free for anyone to access. It is only the full-length episodes that require users to pay for the content. 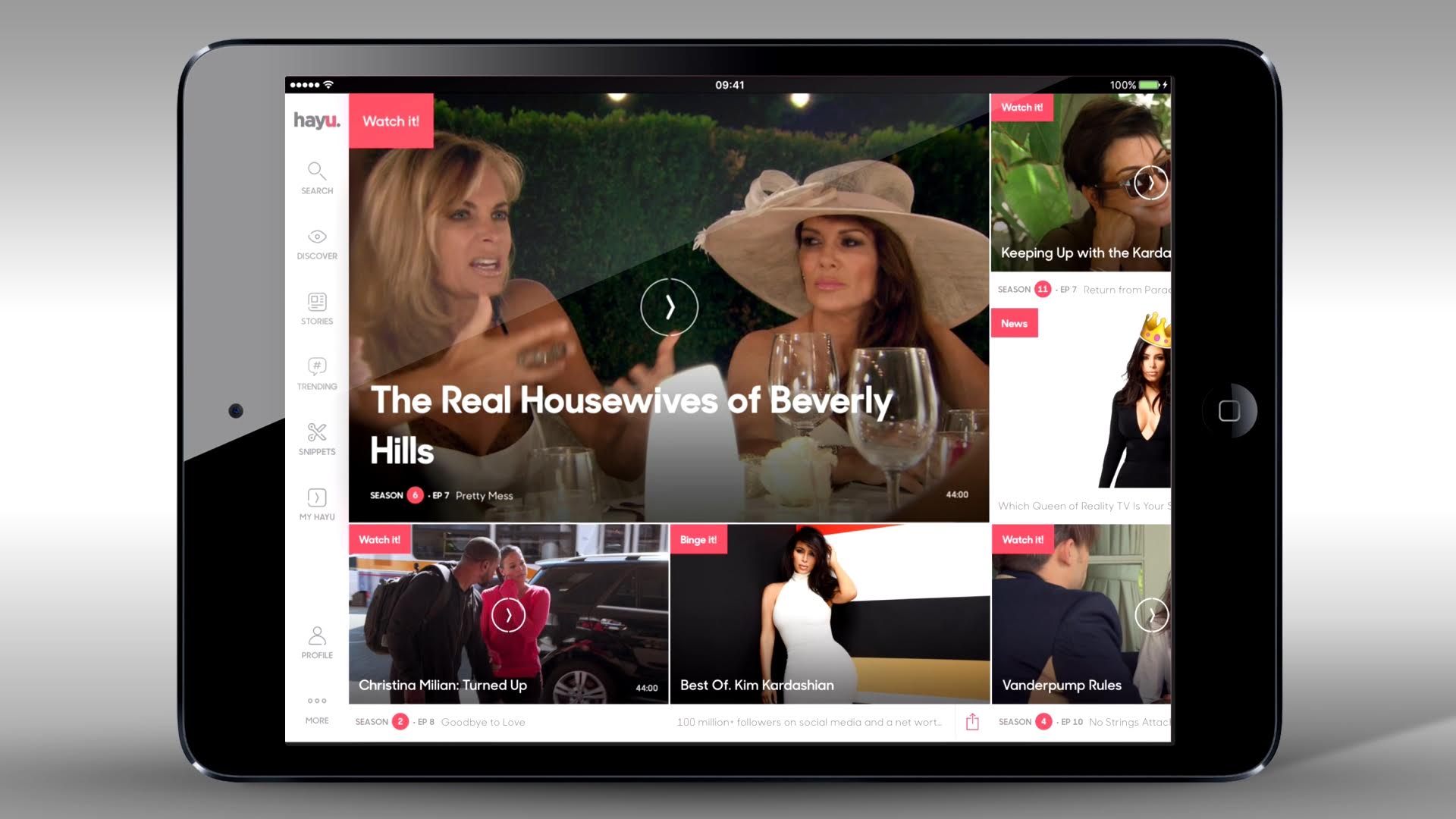 Planning for the hayu platform began over a year ago, with building commencing six months ago. During that time, NBCUniversal launched a similar comedy SVOD service for the US market called Seeso. While the two platforms were developed at the same time, McNamara explained that hayu isn’t simply a rebadged Seeso platform: “It was built bespoke for this purpose. We certainly were coordinated with Seeso. I know them very well and we stayed in very close contact. We used a lot of the same technology vendors, but we used them in very different ways. Our service, when you see it, doesn’t look anything like Seeso. It has different types of functionality.”

Part of this functionality includes aggregated news feeds that offer fans all the latest news about their favourite reality shows. McNamara revealed, “We’re pulling in news feeds so that not only can you see every season and every episode, but you’ll also see all of the applicable news from well over a dozen news publishers that we have agreements with. We’re also pulling in the social feeds from the talent of that show and allowing you to link out. We’ll be curating social feeds, with all of the cast right there on the show page. It’s a breakthrough environment. So, if you like this content, you never have to go anywhere else. You will find everything you are looking for.”