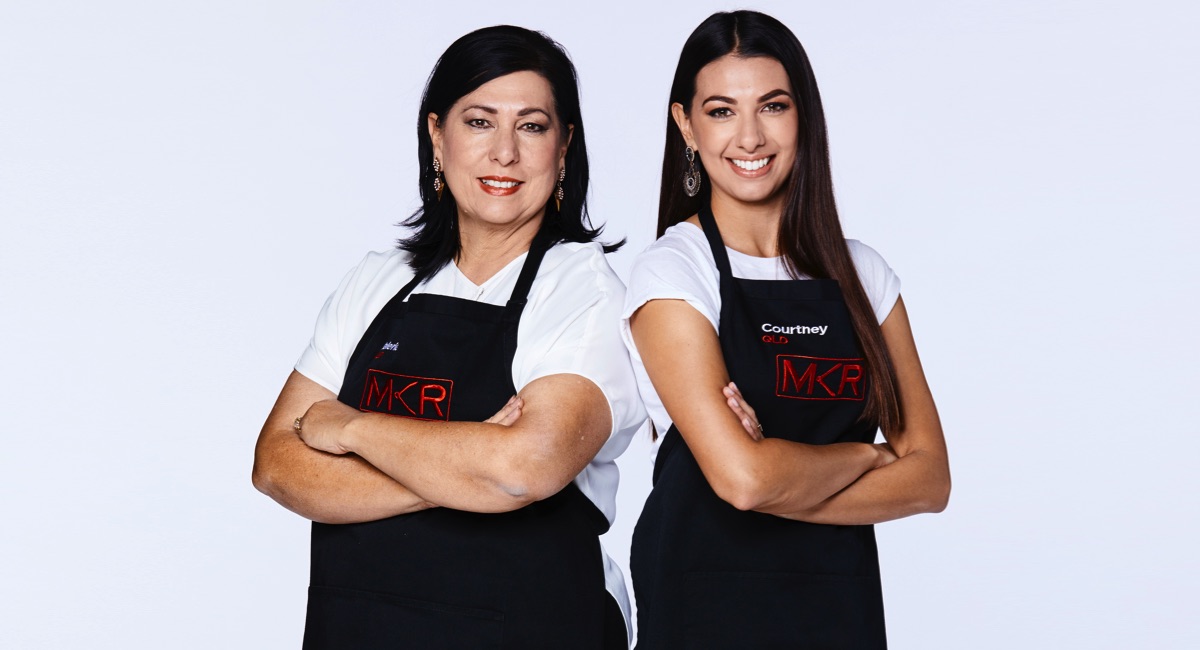 In a first for My Kitchen Rules and Coles, the program’s major partner, an MKR branded sauce has become the latest grocery hit, selling out within 24 hours and prompting an additional production run to meet demand.

In the MKR Sauce Challenge, teams had to produce a meal with a sauce worth bottling for the grocery buying public. The team with the most votes from customers won People’s Choice with their sauce to be stocked in Coles supermarkets across Australia from the following day for a limited time. Queensland’s mother and daughter team Valerie and Courtney drew on their secret weapon – Poppi’s cookbook – to deliver the winning combination of lamb with sweetly spiced Anglo-Indian sauce. 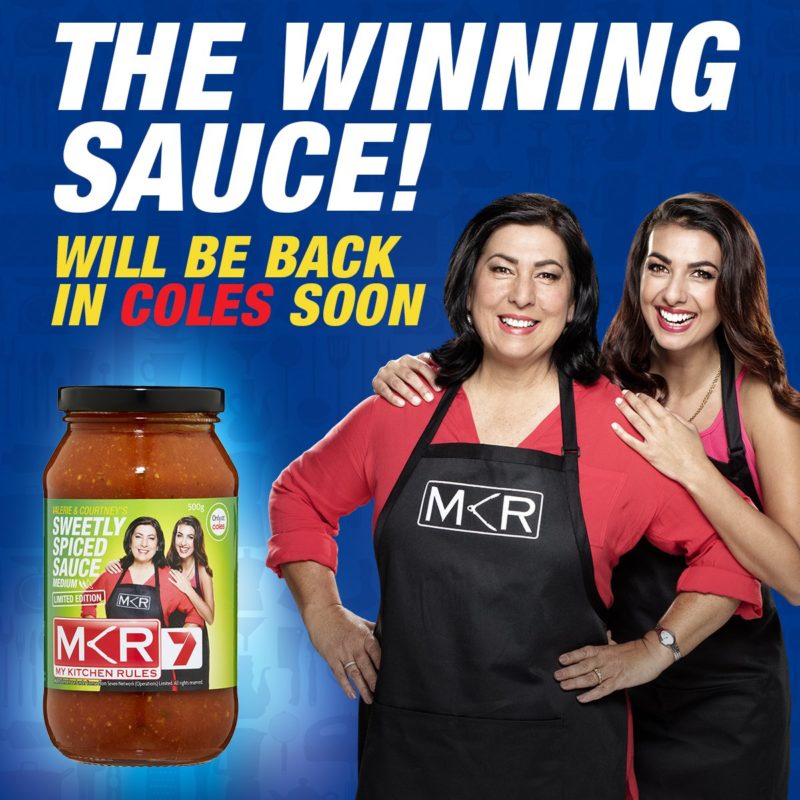 Valerie and Courtney’s Sweetly Spiced Sauce went on-sale in Coles stores nationally the following day for $4, with some MKR fans queuing up ahead of store opening hours to buy the winning sauce for themselves. The unprecedented demand saw 95% of stock sold within the first 24 hours of trade, with the remaining stock gone hours later.

“This is a true testament to the power of television and the MKR brand. We have the ability to move product like no other medium. Coles was able to leverage their in-program execution and the engagement of our MKR fans to deliver for the very first time a taste of MKR in the homes of everyday Australians,” said Lisa Squillace, Seven’s director of program partnerships.

Simon McDowell, Coles chief customer officer, said: “My Kitchen Rules celebrates Aussies cooking great quality meals in their own kitchens and at the heart of it, the show is about real food, real people and real homes, which is why it’s a perfect fit for Coles.

“It’s been one sweet ride working alongside MKR contestants Valerie and Courtney to produce their Limited Edition Sweetly Spiced Sauce for our customers to try. The popularity and demand for their sauce has been unbelievable with 95% selling in the very first day across our supermarkets nationally. It shows how much people at home have connected with this season’s contestants.

“We are now cooking up more of their delectable sauce with hopes to provide even more Aussies with the opportunity to enjoy this family recipe from the famous Queensland duo. Coles customers will be able to get their hands on a bottle in late April and we’ll be sure to let everyone know as soon as it is available.”

The My Kitchen Rules episode which carried the sponsorship activation was promoted by a range of marketing assets, including in-store point-of-sale, digital and social media as well as across Seven’s own programming assets.