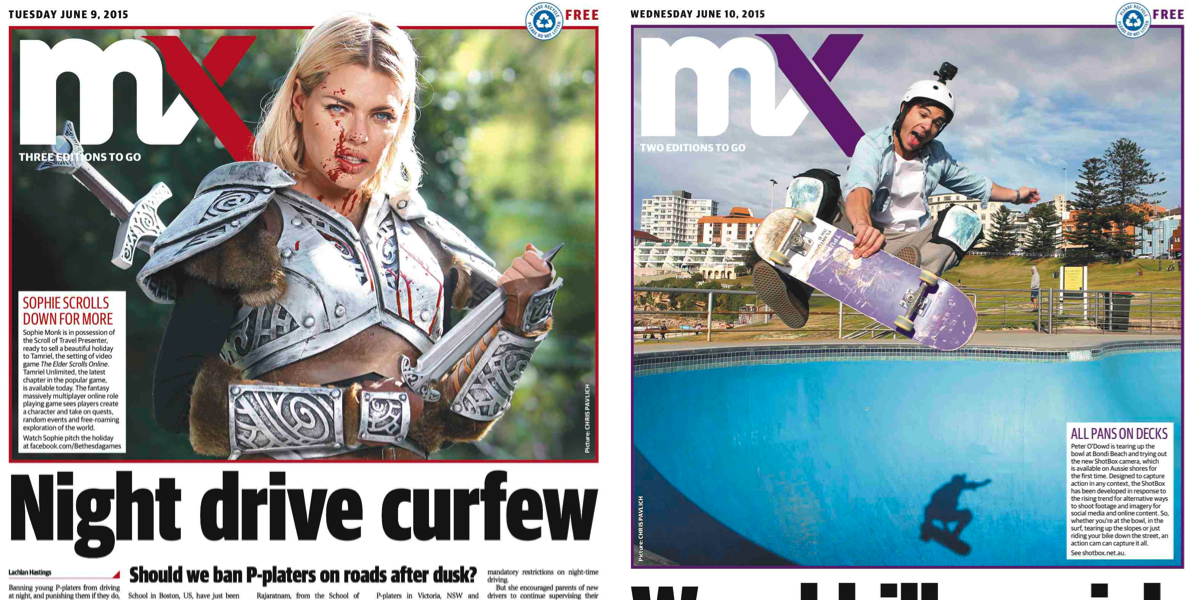 mX counts down to final edition: One more sleep until the commuter daily catches last train

News Corp’s eastern seaboard metro daily commuter newspaper mX has been counting down the days until it ceases publishing tomorrow.

The publication has continued to offer younger commuters a mix of news, entertainment and quirky celebrity stats and random facts since the announcement with little nostalgia or sadness about its passing.

Some of the advertisers are troubled though. A full-page ad from moshtix this week quotes Green Day with “I hope you had the time of your life” to which they have added their own headline: “We’ll miss you mX“.

The ad was placed by moshtix and 21 entertainment and music brands and venues ranging from Mushroom and Chugg Entertainment to Marquee at The Star.

The newspaper has been asking for readers to take selfies with the samplers who hand out mX to commuters in Sydney, Melbourne and Brisbane each day.