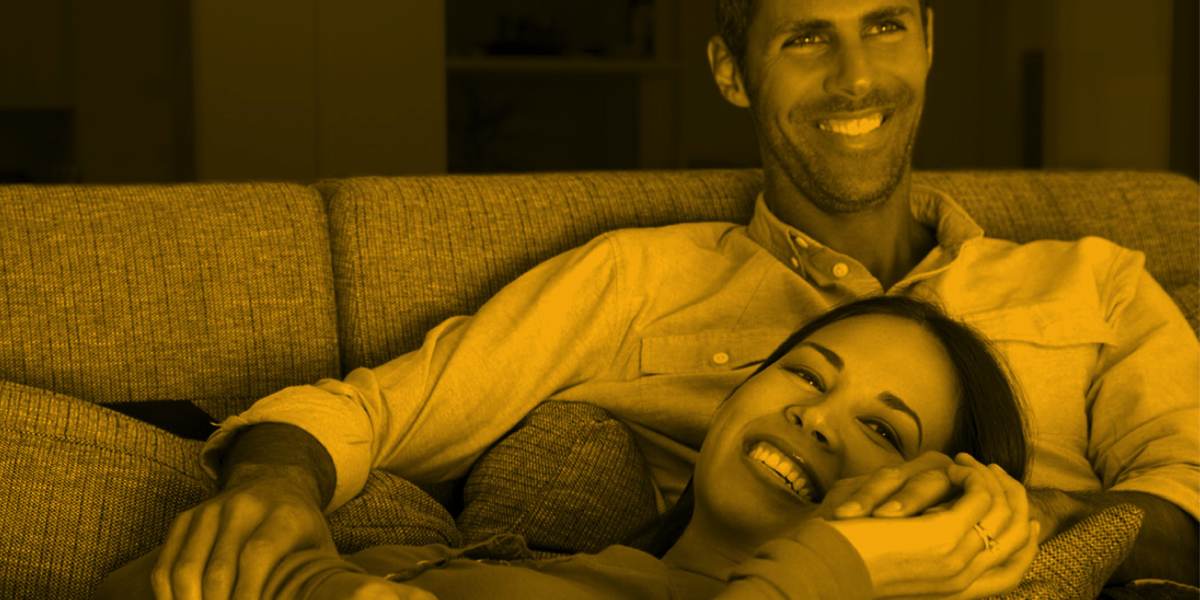 Multi-Screen Report Q2 2015: other screen use up and time-shifting growing

The latest Australian Multi-Screen Report – from Regional TAM, OzTAM and Nielsen, and covering the second quarter of calendar 2015 – shows Australians’ viewing behaviour continues to evolve amid the unprecedented choice people have in both the range of available video content and means of accessing it. 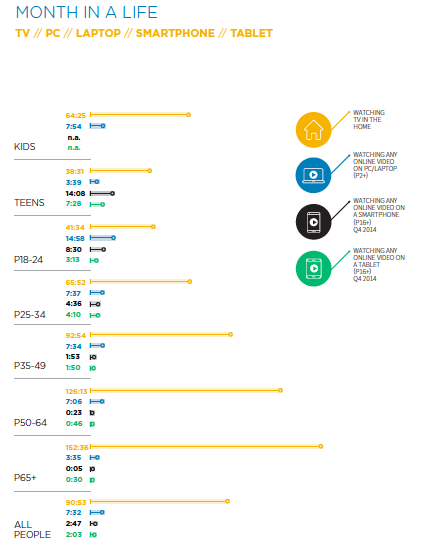 Within this total TV screen use mix:
•  Other TV screen use is growing, with an increasing proportion of the time Australians spend with their TV sets going to purposes other than watching live or playback TV broadcasts within seven days.
•  In Q2 2015 such other screen use rose by an average 2 hours and 24 minutes (2:24) year-on-year to 28:42 per month.
This growth follows take-up of new technologies and services including internet-capable TVs, devices attached to the TV set (e.g. PVRs/DVRs and games consoles) and over-the-top streaming video and other content services.
•  One activity within this other use “bucket” is viewing TV content between 8 and 28 days after the original broadcast (OzTAM and Regional TAM Consolidated data only include playback within seven days, so do not capture 8-28 day viewing).
•  Australians spent an average 1:17 in each 28-day period during Q2 2015 viewing 8-28 day content, which accounted for 1.52% of all TV viewing time across the day. This is slightly higher than the 1:10 / 1.38% share seen in Q1 2015.

The way people use their TV sets to watch broadcast television continues to change:
•  In each of the past five years the proportion of time Australians spend watching live-to-air television has dropped gradually.
•  In Q2 2015 Australians spent an average 90:53 each month viewing live television (97:03 a year earlier).
•  People have been watching more time-shifted TV – that is broadcast TV played back through the television at a later time.
•  Playback viewing within seven days of broadcast was 8:11 in Q2 2015 (up from 7:58 a year earlier).
•  Live TV dominates, with 91% (82:42) of all broadcast TV viewed on TV sets in Q2 2015 watched live-to-air.

Australians’ viewing of video on connected mobile devices is growing: 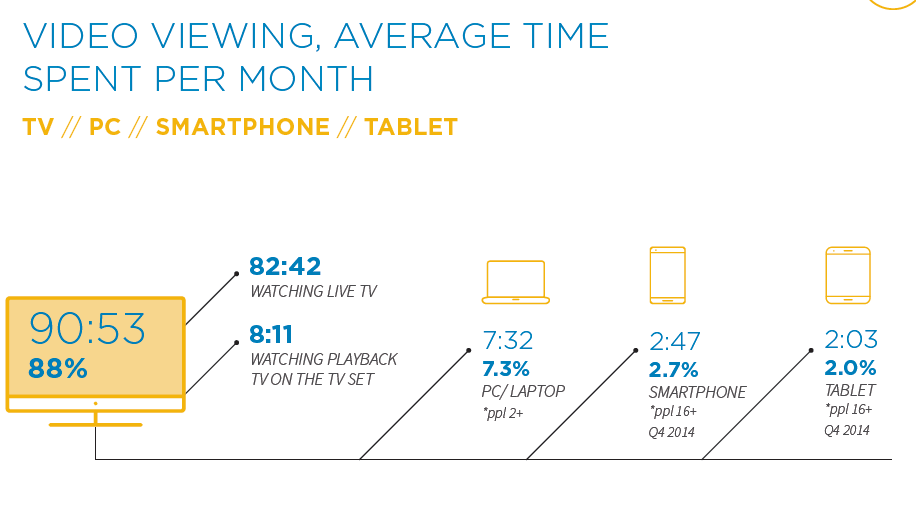 •  Across the population 12% of all video viewing takes place on screens other than the TV.
•  This video includes television content viewed on broadcasters’ catch-up and streaming sites and apps as well as non-broadcast content.

Though people under age 35 in particular are using internet-connected mobile devices to watch any video, all age groups spend the majority of their video viewing time watching broadcast TV on in-home TV sets. 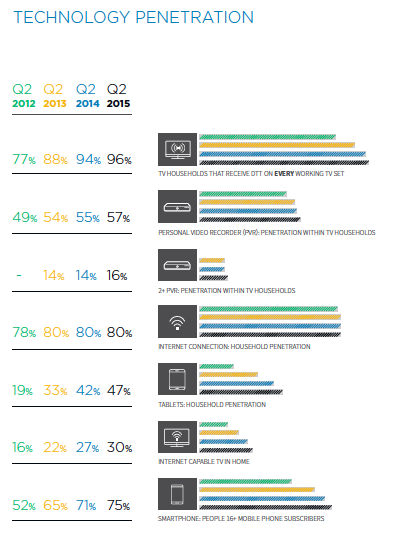 Smartphones are ubiquitous: 75% of Australians aged 16+ now own one, compared to 71% a year ago.

Tablets are in an estimated 47% of homes, which is steady on the past three quarters (42% a year earlier). Reasons for slowing tablet take-up may include the longer tablet lifecycle (people upgrade them less often than they do their phones); increased sharing; adoption of larger-screen smartphones, or ‘phablets’; and laptop innovations such as hybrid touchscreen models.

Household personal video recorder (PVR) penetration has levelled off at 57%.

Household internet penetration has been steady for the past ten quarters at 80%.