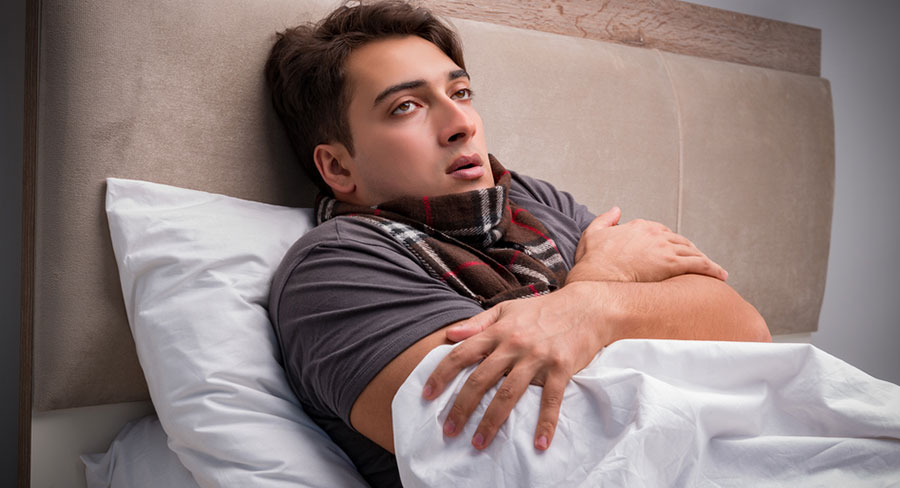 “After an exhaustive search, we have decided that Mick Molloy best exemplifies the values of the sickie: indolence, lack of reliability and, above all, leaving your colleagues in the lurch,” said executive director of National Sickie Day, Charles Firth.

In announcing his support, Mick Molloy pointed to his own success as proof that chucking lots of sickies is a good thing. “People always say to me, Mick, what’s the key to your success? It’s not because I’m so good looking. It’s not because of my dapper sense of style. It’s because I was prepared to stand up and take lots of sickies, even when everyone around me was depending on me to turn up.”

What started out as a joke idea among The Chaser team has snowballed into a national movement.

“We had hoped to get a few hundred people pledging to take the day off on Friday 28th June, but it’s now over 130,000 people and growing.”

“I think we might have accidentally organised a general strike.”

The Radio Chaser host said he had been surprised by the response. “A lot of people just think it’s awesome, but there are a lot of people contacting us telling us they don’t get sickies at all. It turns out 40% of workers get no sick leave. It’s a disgrace.”

“If Scott Morrison is doing anything with the workplace laws, this is it. There should be a national sick leave scheme so that every Australian has access to paid sick leave. After all, it’s the most Australian of all the different types of leaves.”

“We’ve copped a huge amount of flak internally from Triple M management. Especially because it’s on a Friday. I mean, clients don’t just lunch with themselves.

“We’re just trying to bring to the rest of the workforce the wisdom that has long been known by advertising creatives: that a lacklustre attitude towards work is good for the soul.

“We’re warning people on Friday that if they are genuinely sick, to not go to Northern Beaches Hospital. Unless they want the wrong side of their bowel removed.

“If the only measurable achievement I have in my life is to have negatively impacted Australia’s GDP, I will die a happy man.

“We’re calling on all doctors to not join us in this campaign so we can come in and get a doctor’s certificate from you.”