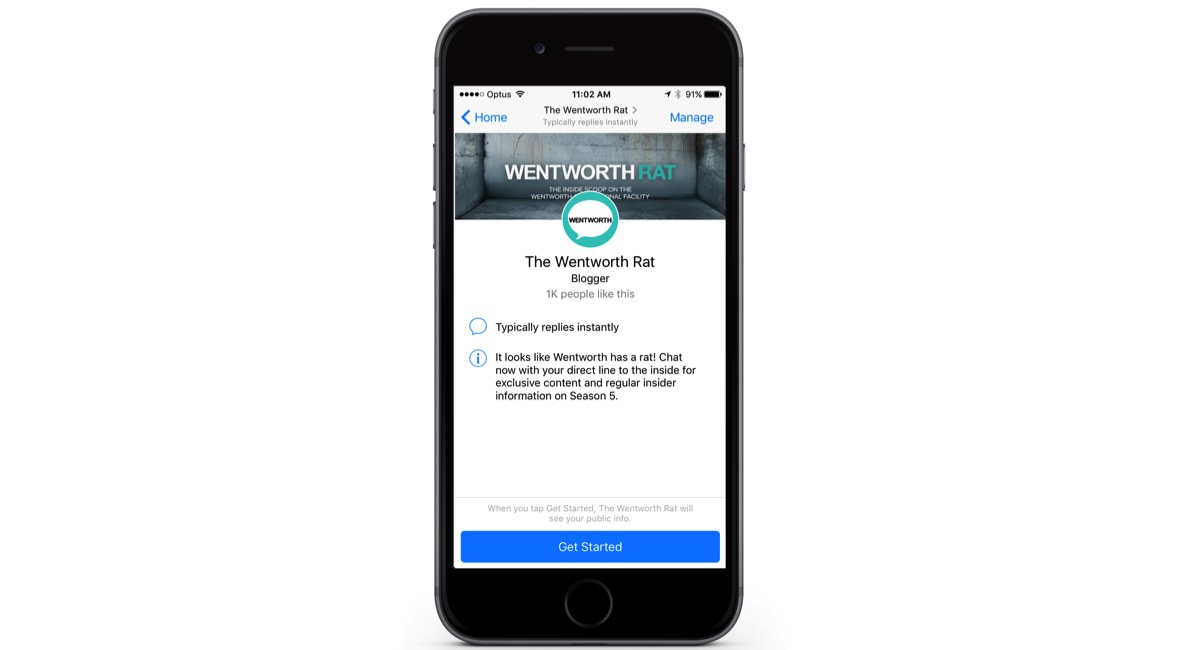 Fans of hit Foxtel drama Wentworth have a new character to follow during season five. In an Australian broadcast first, an interactive Facebook Messenger chatbot has been created to smuggle out gossip and exclusive content for fans.

Developed by social messaging agency On Message in partnership with Foxtel’s media agency Mindshare, The Wentworth Rat is a virtual inmate locked up behind the Wentworth bars who is ready to dish the dirt on some of the show’s favourite characters and storylines.

The Rat interacts with fans via Messenger, asking them questions and revealing exclusive content including videos, GIFS and audio, as well as giving teasers about upcoming storylines.

Douglas Nicol, founder of On Message, said: “Wentworth fans are incredible and love the show, and this clearly shows in the amazing level of social media engagement it achieves. The addition of The Wentworth Rat takes that engagement to a new level. It’s a very personal, very conversational way for a TV show to reach its fan base and extract maximum enjoyment for viewers in what is a first for Australian broadcast TV.”