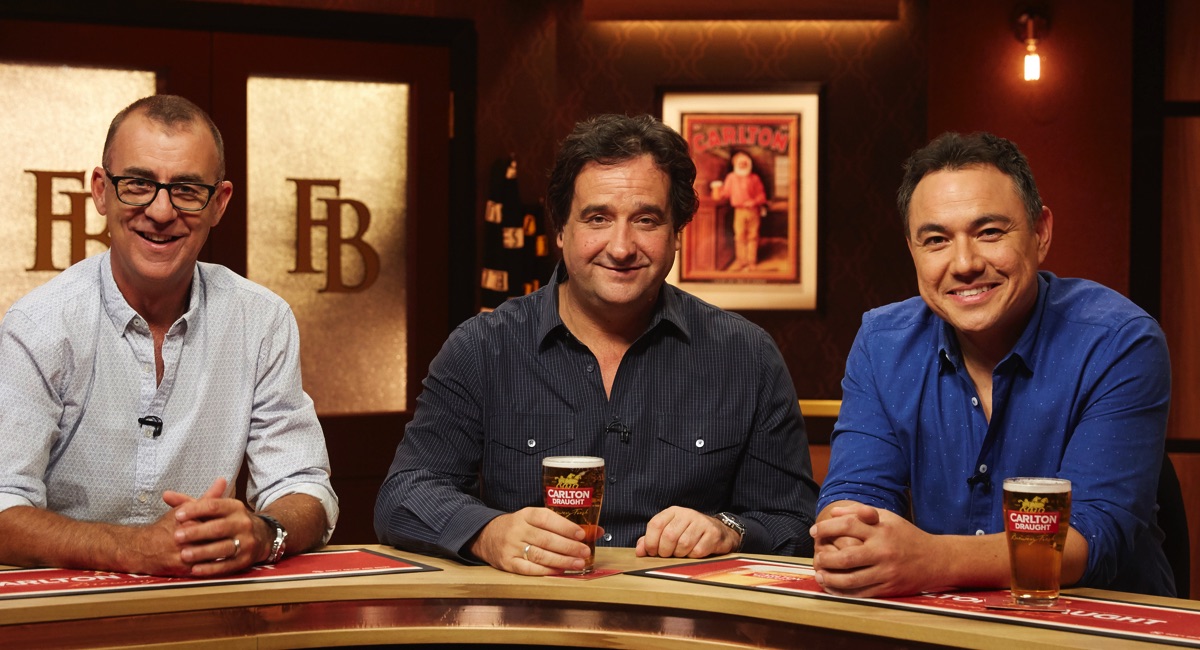 With a handful of hit projects bubbling away, Mick Molloy is on a creative high. Over the past couple of years he has managed to successfully juggle Triple M’s The Hot Breakfast, regular appearances on TEN’s Have You Been Paying Attention? and Seven’s The Front Bar.

Next year his radio career revisits the past when he returns to drive with a new co-host in Jane Kennedy after conquering the timeslot 20 years ago with Tony Martin.

We picked a good day to spend time with Molloy. It was just 24 hours since his Tigers had whipped the Hawks to secure a top four spot in the AFL. “We rarely go this deep into the season in such good shape,” he told Mediaweek. Molloy was looking forward to the game at Geelong on the weekend, giving his team a good chance. “Geez, it is almost worth the drive. I could take a room for the night and make a weekend of it!”

Seven’s cameras picked out Molloy in the crowd at the MCG on Sunday and he was rarely off screen in the last quarter as the audience watched his reactions to the big win and his post-siren celebrations with arms raised aloft.

Seven was taking the opportunity to promote this week’s episode of Molloy’s The Front Bar, which went up against the first Eddie McGuire-hosted rebooted episode of The AFL Footy Show. Seven’s show, hosted by Molloy alongside Andy Maher and Sam Pang, has been slowly building its Thursday audiences in AFL markets.

Speaking about the TV format that has given Nine heartburn this year, Molloy said: “We originally had the idea for the show many years ago.” He recalled how the concept was developed with his brother Richard Molloy, TV producer Adrian Brown and lawyer and producer Greg Sitch.

“Funnily enough, I watch a lot of live football in a front bar, or in my lounge room at home.

“One common denominator I noted was that everyone’s IQ drops 50 points the minute the football comes on with a lot of table thumping and momentary madness.

If I had a black box recorder set up in my lounge room I’m sure that after listening back to it I would feel ashamed and quite embarrassed. To me, that’s what footy is.”

Molloy said he and his colleagues realised there seemed to be a hole in the media landscape for a footy show made by fans for fans. Molloy mentioned a UK series called Fantasy Football League which ran for several years in the 90s hosted by David Baddiel and Frank Skinner where they talked about English football purportedly in their London flat with guests. “That show was bloody brilliant,” he remembered. He also noted his involvement in TEN’s Before The Game which was in a similar vein, with fans making a program for fans.

“Initially there didn’t seem to be an appetite for it from the networks. Convinced it was a good idea, we took it to market first to look for what seemed natural sponsors – CUB was the obvious one given it was set in a bar. We also went to the AFL and we secured enough funding to make an online series.

“To us, the show’s first year [in 2015 when it was sponsored by the brewer and lived at afl.com.au] was always going to function as a pilot. We would make short segments at the All Nations Hotel, which funnily enough is where I used to watch a lot of my football. They actually could have started filming any time over the past few years and I would have been there.” [Laughs]

After getting what Molloy referred to as flying hours, they had something substantial to show the networks. “At the end of the first year Seven was very interested. Lewis Martin [Seven Melbourne MD] was the first to really get behind it. In the meetings we subsequently had with Lewis and the sports people, you would normally have to pitch a project and hope they got it. But we all knew it because we had seen it. They subsequently decided to have a crack.”

The biggest challenge was to find a space in the Seven schedule to screen The Front Bar. “After the footy seemed the obvious choice. Because we were pre-recording at that stage, we didn’t care where they ran it as long as it was attached to the football somehow.

“We were happy to go late, and we liked being off-Broadway. We were confident in the show that if it stayed on air long enough, people would find it…”