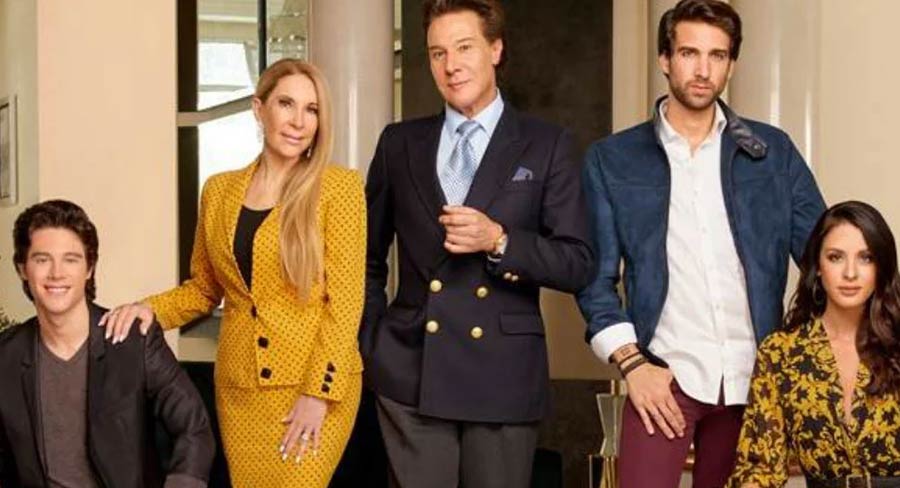 • The series offers a glimpse into Mexico City, home to a class of secret elites

Mexican Dynasties premieres, express from the US, Wednesday February 27 at 2:30pm AEDT on Foxtel.

The series offers a glimpse into Mexico City, home to a class of secret elites, and will be available to stream on Foxtel and screen on Arena with an encore primetime screening at 9:30pm AEDT.

Full of the unexpected – fashion, unique restaurants, and museums aplenty – Mexico City is a tastemaker’s dream. Three family dynasties – the Allendes, the Bessudos and the Madrazos – whose fortunes stem from the entertainment, beverage and luxury car industries, respectively, offer a glimpse into the multilayered, complex culture found in Mexico. Connected to each other through a string of personal and professional relationships going back decades, these families have Mexico City and all of its offerings in the palms of their hands. With both humour and heart, they challenge stereotypes, raise a few eyebrows and proudly showcase their over-the-top lifestyles. And in a world where the bonds of family know no bounds, they prove that blood is always thicker than tequila.

The Allendes, the Bessudos and the Madrazos perfectly embody the hallmarks of their Mexican culture, one that is outrageously fun, traditional and forward-thinking. Family is at the root of all their successful pursuits, but a bond this tight breeds both exhilarating highs and challenging lows. Megastar and 80s heartthrob Fernando Allende and his devoted wife of 30 years, Mari Allende, struggle to cope with the fact that their sons Elan and Adan Allende are not as close as they once were, which drives a wedge within the family. With Elan and his wife Jenny Allende busy raising their two young children and flourishing in their music careers, Adan is left to make a name for himself in the industry solo. As the brothers vie to fill their famous father’s shoes, tensions between Mari and her outspoken daughter-in-law come to a head.

Public Relations maven Doris Bessudo makes a temporary move from Beverly Hills to Mexico City to help her mother, famed fashion critic Raquel Bessudo,pick up the pieces following the death of the family patriarch. As Doris and Raquel adjust to living under the same roof, the mother-daughter duo quickly clash over their shared space, and Doris realizes that leaving behind her Beverly Hills community – which includes her cousin Mauricio Umansky and his wife Kyle Richards – is not as easy as she thought. When Adan turns to Doris for advice on his road to superstardom outside his father’s shadow, conflicting opinions from his parents lead to a tug-of-war between the two families.

Meanwhile, siblings and partners-in-crime Oscar and Paulina Madrazo find themselves at a crossroad in their intertwined lives. Doing everything from co-parenting each other’s children to co-hosting their popular television show “Qué Madrazo,” these self-proclaimed “soul mates” share a zest for life and a bond that might just be a little too close for comfort. When divorcée Paulina falls head-over-heels for an old friend, however, Oscar is forced to explore his own independence. With his children approaching their teenage years, a concerned Paulina pushes him to dip his toes back into the dating pool. As each of these dynasties work through their individual emotional journeys, they adhere to the one guiding principle that unites them all: the party must always go on.