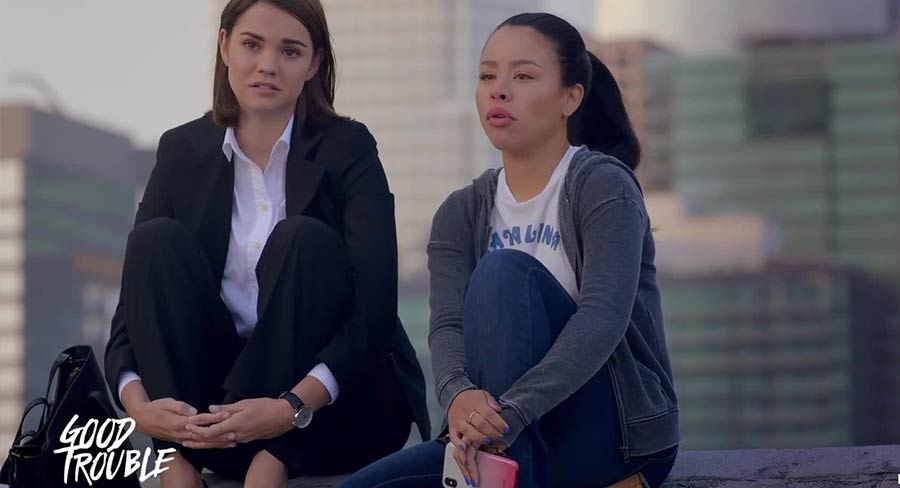 Good Trouble, the new spinoff to the drama series The Fosters, is coming to Foxtel and will premiere Saturday, February 9 at 6:30pm AEDT on FOX8.

Joining them in their apartment complex will be:
• Gael, a socially conscious and politically active graphic designer
• Malika, a whip-smart former foster kid with a pension for social justice
• Alice, a first-generation Asian American who manages the apartment complex.

Maia Mitchell, an actress and singer/songwriter from Lismore in New South Wales, first took on the role of Callie Adam Foster in The Fosters before starring in the spinoff series Good Trouble. She is best known for her role as McKenzie in The Disney Channel’s Original Movie Teen Beach Movie and her reprising role in Teen Beach 2.