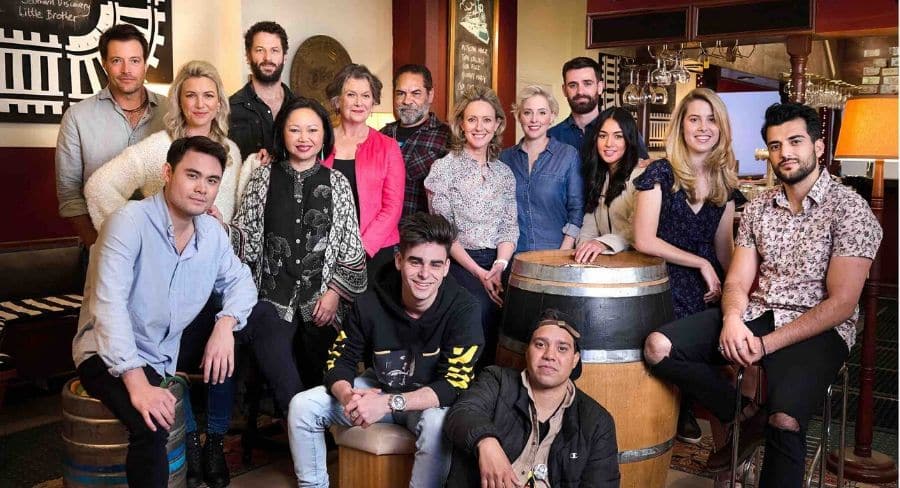 Television parents used to be perfect in sitcoms like Father Knows Best but then came All In The Family and Married With Children and parents just got more and more hopeless. Now we have a FX/Sky co-production called Breeders (Mondays on FoxOne) starring Martin Freeman and “partially based on his own experience as a parent”. And hopefully, not the bits where his useless TV dad has massive temper tantrums about his children.

Breeders’ mom is played by Daisy Haggard, who played a small but show-stealing role in Episodes (the Matt LeBlanc send-up on TV) as a whiny TV executive who struggled to change her facial expression. She is slightly more animated here, but Breeders can’t quite decide what its tone is going to be.

In Breeders, the parents crack one-liners about killing their kids, but in Deadwater Fell, that actually happens. This Scottish village drama grabs you with a traumatic first episode, but don’t expect it to be the new Broadchurch just because David Tennant is in it – Deadwater Fell might actually be better.

Breeders is only five half hour episodes long, while Deadwater Fell (Thursday on BBC First) is just four one hours. It’s good to see Channel 4 resisting the urge to go to the new norm of six episodes, because it’s always best to keep things short rather than dragging things out when there is not enough story.

The Heights (Thursday on ABC) was one of the best new Aussie dramas last year, and now it is back with Rupert Reid effortlessly replacing Marcus Graham as Pav. It picks up exactly where it ended last year, but there are some interesting resets for a new season, and a gorgeous shout-out to RuPaul’s Drag Race, which has just started its twelfth season on Stan.

Finally, good on the ABC for bringing out a rare and special gem, something that has never been forgotten by those who first saw it in 1964. The Stranger (iview) was a hugely ambitious kids show about a mysterious alien and the first ever Aussie sci-fi series. Naturally, there are some “ordinary Australians” who would prefer “foreigners” to go back to where they came from (and today these same Aussies are stockpiling toilet paper).

Luckily, The Stranger ends on an uplifting note, as legendary actor Chips Rafferty plays a kind and welcoming PM. Incredibly, Sir Robert Menzies allowed the ABC to film inside his own personal office at Parliament House. Scott Morrison may not be so generous today, especially after Leigh Sales eviscerated him on 7.30 this week, but let’s hope we see more journalists demanding truthful answers from politicians instead of spin.