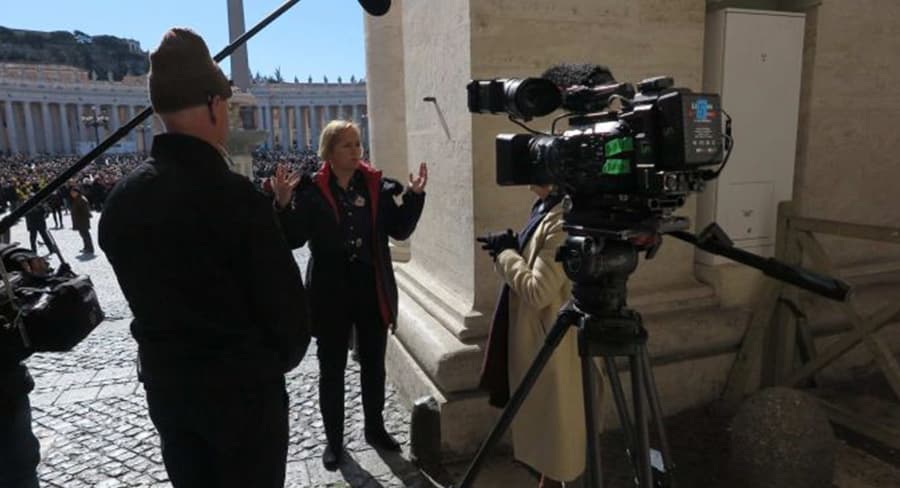 • The best show of the week has an accompanying ABC podcast

Staying at home, due to the coronavirus, could be good for free to air networks, but only if they get smart about what they are putting to air. Because TV and film production is shutting down all over the globe, what will screen instead?

Multiple news bulletins about the crisis are filling some gaps for now, but at what point will the audience hit peak COVID-19? What we need right now is more entertainment, more comedy, and in the absence of new content, more “Best Of” collections and nostalgia.

But please, not the same old, same old, yet again. Don’t repackage the same shit that has been repeated ad finitum for years. It’s time to get clever and think outside the box to find those shows and movies that are fondly remembered but never get any encore.

Two failed Aussie soaps, Echo Point (1995) and Out Of The Blue (2008), have just been added to 10Play, and whilst there are better shows hiding in 10’s vault, at least these are fresh titles with some decent viewing hours (130 episodes each). Every network has forgotten titles like this, so if anyone needs help in picking out some forgotten classics, get in touch with me, I have more than a few ideas already.

Kudos to those shows now having to adapt without a studio audience. Q&A (Monday on ABC) really brought it home with their socially-distanced audience, and Shaun Micallef sent it up beautifully on Mad As Hell (Wednesday on ABC). At first it was odd not hearing the laughter, but less interruptions means more jokes, so keep writing Shaun, keep writing!

Bluey’s return to ABCKids was perfect timing and it deservedly got record ratings, and Foxtel aired two beautiful and timely shows on Lifestyle. Road To Recovery With Scott Pape (The Barefoot Investor) offered personal experience and practical advice to bushfire survivors, while Bear – Koala Rescue had a happy dog and some gorgeous people saving sick koalas after the fires. More life-affirming shows like this, please.

The best show of the week, however, was Revelation (Tuesday on ABC) and beware, its second episode next week is just as harrowing its first. This jaw dropping investigation, tough as it is to watch, is hugely important if we want to keep children safe from such evil in the future.

Revelation also has a spin-off podcast, hosted by Tony Jones, which gives some fascinating insights into how Sarah Ferguson and executive producer Nial Fulton managed to make three feature length documentaries. Their mammoth achievement is a world first, but more importantly, let’s hope some victims of sexual abuse will feel they have are validated and believed. Respect.