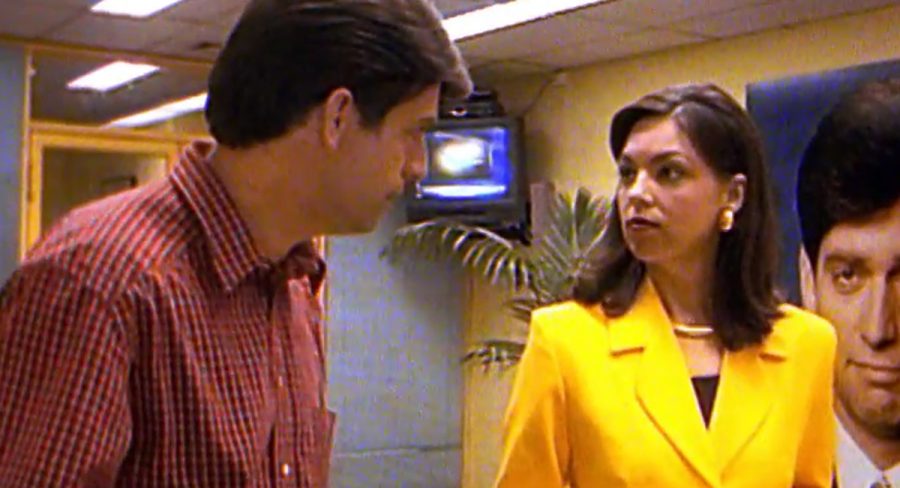 With both SeaChange and Halifax making a return to TV, and the possibility of A Country Practice too, are there any Australian TV shows left to reboot? Let’s give it a go…

1. In 2013, before reboots were a “thing”, Nine announced it was remaking Return To Eden (1983), only to dump the idea because of “budget restraints”. But did any of the shows it went with instead (Gallipoli, Underbelly: Squizzy etc) score many, if any, any international sales – because another Return To Eden sure as hell would have? Plus, CGI special effects could also ensure a much scarier crocodile attack than that rubber one from the 80s. Return to Return To Eden immediately. 2. Before Baywatch, there was Chopper Squad (1976 – 79), filmed entirely on location around Sydney beaches and waterways, with a scantily clad, spunky cast and one of the snappiest theme tunes ever. Aimed at a family audience, it was cheesy but way more believable than Baywatch, which didn’t have a cool helicopter or water warm or clean enough to actually swim in. 3. The beloved 1894 novel Seven Little Australians became a film in 1939 and a classic ABC miniseries in 1973, meaning there would now be several generations unfamiliar with the story. Given we now live in an age where our Prime Minister criticises students who go to protests, it would be worth remembering that Aussie kids have always rebelled against authority as the cheeky Wolcott kids do so magnificently in this beloved tale. 4. There been have been several other dramas set in apartment blocks since Number 96 (1972-77) but each one has been less brave than the one before it. An MA15+ adults-only serial that accurately reflects today’s sexually active Tinder era would be a great way to get people’s attention but don’t forget that, at its core, Number 96 was a show rich in comedy thanks to fully formed characters of all ages and sexualities. 5. There was a huge outcry when the ABC axed Adventure Island (1967-72) and it was extra sad that it was never made or seen in colour. Re-jigged, with possibly a darker edge, there could be something in this…just so long as John-Michael Howson (who played a whiny clown and now appears to have turned into one in real life) is not in this one. 6. Strictly speaking, Red Dog (2011) was a hit movie that spawned a movie sequel and talk of a stage show. But surely its story of a legendary kelpie/cattle dog wandering all over Australia is custom made for a weekly TV series. In other words, it could be our very own version of The Littlest Hobo. 7. During a recent chat about reboots on ABC Radio Adelaide, several people called in to fondly reminisce about Grass Roots (2000-03). Created by Geoffrey Atherden, and all about the fictional Arcadia Waters council, the stories about shady property developers and a wily Mayor would be just as topical today. 8. Shows about TV rarely rate but The Box (1974-77) did for a bit, thanks to some extremely raunchy shenanigans, many of which were based on real life events. Today, Channel 12 would no longer be run by a TV loving mogul, but a bunch of finance men only interested in the bottom line. But inappropriate relationships between managers and staff, and celebrities and groupies… well, some things never change. 9. The Evil Touch (1973-74) was a horror series that Nine replayed for years in late night slots. Many of the original scripts would still hold up today, but the key to a local anthology series working is the mix of big name American and Aussie actors just like the original had. devoted to the subject from earlier this year… and here’s a final plea to Working Dog Productions: Merry Christmas to you all, put please put this on your agenda for the New Year.