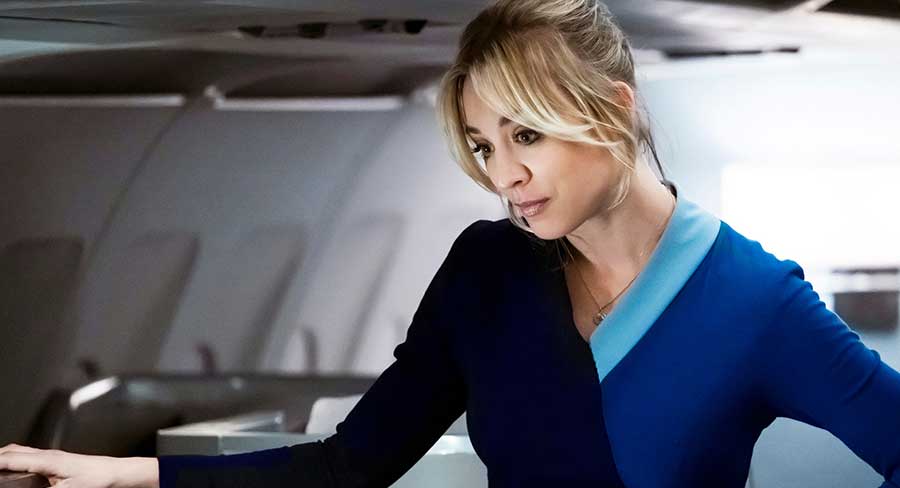 Hang in there, they say, we promise to have something good to watch … but not for at least 10 weeks.

Free to air TV has pretty much shut up shop for summer. It is now unimaginative filler shows, endless movie repeats and non-stop promos about 2021.

Hang in there, they say, we promise to have something good to watch … but not for at least 10 weeks.

Meanwhile, streaming services, which live in the real world and don’t operate on antiquated ratings and non-ratings periods, continue to provide new programming every week.

Kelly Cuoco is The Flight Attendant (Thursday on Binge/Foxtel) and she is a hot mess as she drinks to excess, gets messed up in a murder and then starts hallucinating. It’s the best air hostie drama since Margot Robbie broke into the US on short-lived drama Pan Am (2011) and Gaynor Martin went up, up and away in Aussie series Skyways (1979).

If you are a fan of Mindhunter (Netflix), and devastated that David Fincher doesn’t have time to make another series, check out Atlanta’s Missing and Murdered: The Lost Children (Monday on Binge/Foxtel). Season two of Mindhunter covered this but a new HBO documentary suggests there is more to this terrible story.

Saved By The Bell (Monday on Stan) is one of those TV properties that never seems to go away. Now, after several spin-offs and reunion telemovies, it is back for a “re-imagining”. Most of the main cast return, including Mario Lopez, Tiffani Thiessen, Mark-Paul Gosselaar, Elizabeth Berkley and John Michael Higgins, although one is conspicuously absent.

That’s because Dustin Diamond (who played Screech) released a sex tape (then said it wasn’t him but a “stunt double”) and then a sleazy tell-all book (which he later washed his hands off because it was written by a “ghost writer”).

Dustin Diamond’s claims of innocence are as dodgy as Pete Evans claiming he didn’t know what a Neo-Nazi was. The former MKR judge has blamed “mainstream media” for his career implosion, despite the fault lying entirely with his own offensive and dangerous social media posts.

Mainstream media has actually been propping up Pete Evans for years, despite all the warning signs. Seven only dumped him after MKR tanked in the ratings, Nine featured him on 60 Minutes when it looked like he was having a breakdown, and 10 was about to put him in I’m A Celebrity…Get Me Out Of Here!

Network 10 should particularly hang their head in shame including him in a family format, and they need to be 100% transparent about rumours that Pete Evans will still be paid $100,000 as a cancellation fee. He doesn’t deserve one cent and hopefully this is the last we see of him. And yes, he is even too toxic for Reputation Rehab.