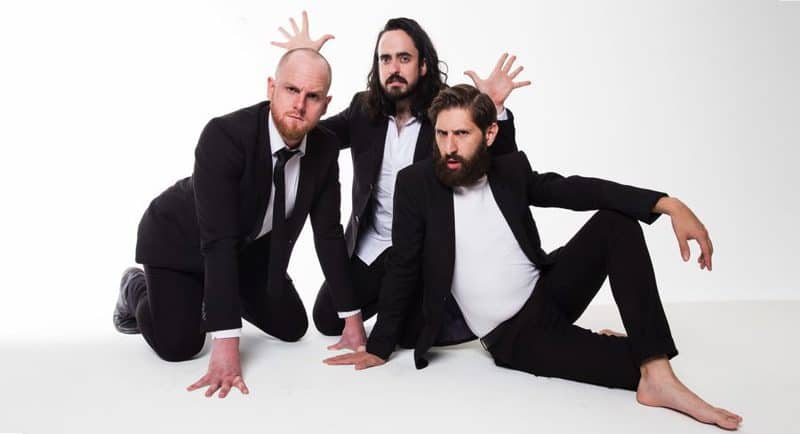 “How do we feel about Australia becoming an international joke for its news coverage?”

Three blokes from Ballarat share a house in the outrageous new Aussie comedy show Aunty Donna’s Big Ol’ House of Fun (Netflix). Good to see something so magnificently bonkers, right down to the random Aussie food references nobody will get but us, and a cameo from The Boys’ Antony Starr.

It’s also good to see Aussie comedy travelling the world, but how do we feel about Australia becoming an international joke for its news coverage? Sky News Australia will end up a bigger cheerleader for Donald Trump than Fox News, and it appears to be the only news network outside of the US legitimising his unproven claims of voter fraud. Although they might be sympathetic in Slovenia.

Thanks to Sky News Australia’s rapidly growing YouTube channel, millions of Americans can now watch Alan Jones reading out conspiracy theories from obscure blogs. In the words of the man himself, Sky News Australia should just “do us all a favour” and change their name to Sky News America.

The fall of the Trumps will lead to multiple documentaries and let’s hope they are as revealing as The Reagans (Monday on Stan). The Showtime four-part doco series rips apart the couple’s “Hollywood myth making” and looks into the casual and blatant racism that helped propel Ronald to becoming President.

Crazy, Not Insane (Wednesday Nov 25 on Foxtel) is the new Alex Gibney documentary which follows Dr Dorothy Otnow Lewis, a psychiatrist who treated serial killers to check their mental capabilities. She challenged the notion that people are born evil and discovered that many were severely abused as children, with some suffering from full-on dissociative personality disorder.

Crazy, Not Insane is fascinating but also disturbing, especially when it delves into the party atmosphere of audiences waiting outside state executions. It’s another winner though from HBO which has been smashing it lately with true stories like this. Also recommended – Class Action Park (Binge), the wild New Jersey theme park where the rides regularly killed people.

Enjoy watching The Crown (Sunday on Netflix) this weekend. Can’t wait to see Gillian Anderson as Margaret Thatcher, or Spain standing in for Australia when Charles and Di tour down under.