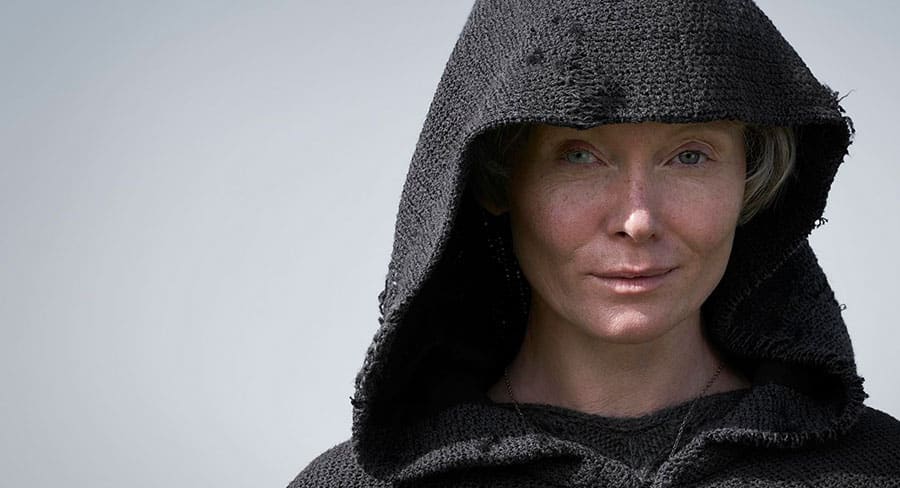 Australian TV became even more diverse in 2019 and some people lost their mind. Andrew Bolt thought the insanely brilliant Get Krack!n finale (ABC), with Miranda Tapsell and Nakkiah Liu, was “anti-white racism” (um, it was satire) before then accusing Deborah Mailman of “inciting violence” in the compelling Total Control (despite it being a fictional drama).

Critics of public broadcasters were so busy looking for faults, they forgot to mention all the brilliant stuff made this year. Funny, that. For example, Robbie Hood (SBS On Demand), The Heights (ABC), The Hunting (SBS), Harlow (ABC), The Family Law (SBS), Frayed (ABC), Glitch (ABC), Squinters (ABC) and The Letdown (ABC).

How about joyful and life-affirming shows like Old People’s Home for 4-Year-Olds (ABC), Australia In Colour (SBS), Employable Me (ABC), Eurovision: Australia Decides (SBS), Love On The Spectrum (ABC), Slow TV (SBS) and the adorable Bluey (ABC). Still nothing to say, Andrew Bolt? Funny, that.

Lambs of God was a gothic masterpiece from Foxtel and Wentworth delivered the best cliffhanger of the year (The Freak is alive!). Upright (Sunday on FoxShowcase), starring Tim Minchin and rising star Milly Alcock, caps off another great year for them.

Last New Year’s Day, Stan brought us the beautiful Bloom (Stan) and premiering this summer, it’s The Other Guy, The Gloaming, The Commons and The True Story of the Kelly Gang. Nice tradition.

Free TV did not have the best year, with their dramas arriving cold when they should have been steaming hot. Secret Bridesmaids Business (Seven), Bad Mothers (Nine) and Playing For Keeps (10) all had racy titles, all were chasing the same audience, and all went nowhere. That left just two surprise hits, the delightful Five Bedrooms (10) and the riotous Fat Pizza: Back In Business (7mate).

While Home and Away (Seven) covered the same ground yet again (bad boys with guns, women in peril, Alf says “Strewth”), Neighbours (10Peach) had their best ever year, thanks to a Gold Logie nominated death scene from Eve Morey (Sonia) and the iconic Kerry Armstrong (Heather) as a bogan mother of long lost twins.

Let’s give Neighbours and Madeleine West (Andrea and Dee) the Best Twins Award because she was superb in differentiating identical twins. Rebel Wilson, however, gets the Worst Twins Award for not being able to play a brothel owner and her twin sister in Les Norton (ABC). Instead, she played Rebel Wilson … and Rebel Wilson … in what turned out to be a somewhat disappointing show all round.

Finally, SeaChange (Nine) was rebooted and jumped the shark, because nothing was sillier all year than the now-cartoonish Bob Jelly (John Howard) cracking open a police safe … with a paper clip … after he learnt it on YouTube. And they wonder why kids don’t watch TV anymore.