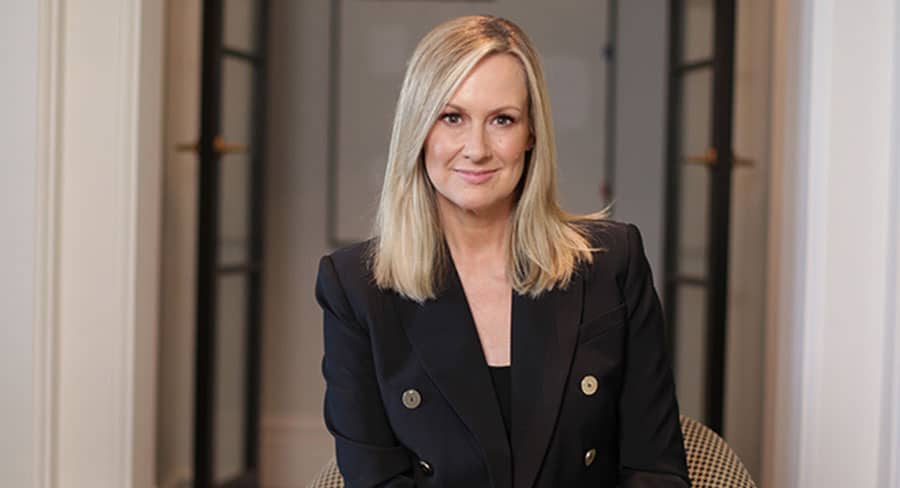 Sky News Australia today will present a world-first exclusive interview with Kylie Moore-Gilbert, the Australian academic convicted and imprisoned in Iran for spying.

In the special interview, Moore-Gilbert shares her story with journalist Melissa Doyle, who has joined Sky News for this special assignment.

In September 2018, Dr Kylie Moore-Gilbert had checked in to her flight home to Australia when she was arrested by the Iranian Revolutionary Guard. Convicted of spying and sentenced to serve 10 years on espionage charges, she spent 804 days behind bars including seven months in solitary confinement.

Mediaweek spoke with Melissa Doyle about what she described as one of the most extraordinary interviews that she has ever done.

“As a journalist, all I want to do is tell stories and interview people who have been through incredible situations.

“My priority was to ask her questions and find out what happened, what it was like spending 804 days in an Iran prison? Why was she there? Is she a spy? Why did she go through what she went through? And get to the bottom of it.

“We treated it in the way she wanted it told, this woman’s been through hell and the last thing that we would want to do is for her to be further traumatised by doing an interview. I was very careful in how I asked certain questions but there was nothing off-limits. I feel like it was quite cathartic to talk about it all to somebody.” Since leaving the Seven Network after 25 years in August last year, Doyle has been working on projects such as a documentary, an audio documentary, and writing a book, but this is her return to TV.

When asked how this interview came about, her first with Sky News, Doyle said it was a collaborative effort between the channel and journalist.

“I am no longer with a particular network, so we wanted to ensure it was a situation where Kylie was comfortable, and I feel honoured that she trusted me to sit down and talk to her, and the Sky team to do her story justice.”

The one-hour interview has been described as a special assignment for Doyle, but she said that she hopes to more work with Sky News in the future, because she loves to tell stories.

“I am a journo and have been forever so if I have the chance to do another interview like this and work with the team at Sky News then I would be very lucky.

After spending over two decades on free-to-air TV, this is Doyle’s first project for subscription television, which she said she enjoyed due to having more flexibility to tell Kylie Moore-Gilbert’s story.

“The basics are the same – it all boils down to doing your research, doing your interview justice and working with a team that has the same desire as you to produce good quality television and reporting. The fact that Sky just let it run for the length that it did without breaking it up with commercials was an incredible vote of confidence.

“There were no questions around it, it was just whatever you need to do to let the story sing then go for it. To have flexibility around the coverage allows it to give each individual story justice.”