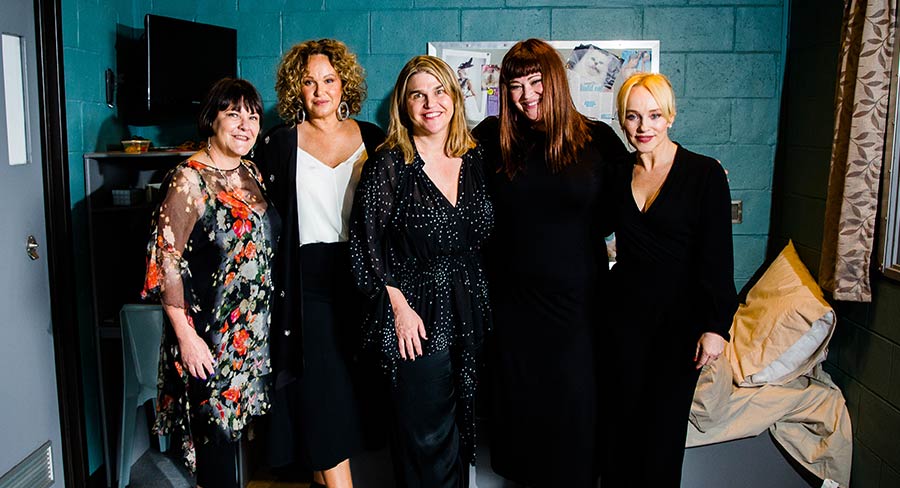 • The new order of episodes will take the show to 100 episodes.

Foxtel this week has ordered a further 20 episodes of Wentworth to keep the series on-air until 2021. At a special event with the Wentworth cast and creators to celebrate the extension of the series, Mediaweek’s James Manning spoke with Foxtel head of drama Penny Win and Fremantle head of scripted Jo Porter.

They spoke about how they make the world’s longest running prison drama currently on-air.

The new order of episodes will take the show to 100 episodes.

So far there have been six seasons of the show with season seven expected to launch in about May 2019.

Speaking of season six, Porter told Mediaweek: “Characters keep coming through the door that audiences connect with. We brought in Leah Purcell and Susie Porter and audiences quickly embraced them.”

Porter wouldn’t say if those 20 episodes would be the final episodes ever. “Never say never. The show always renews itself when bad girls keep coming through those [prison] gates.”

Win said Foxtel strives for a diverse slate of drama shows, but noted that Wentworth was its Australian drama flagship. “Wentworth has always set the bar very high and been consistent.”

Porter said having more episodes could lead to even more international sales. “Extra volume is always helpful in opening up new markets. But it has sold almost everywhere. We are in over 140 territories. The sales team is excited because the broadcasters who already have the show are always asking for more.”

Four different countries also make their own language versions of Wentworth. Porter explained that in Turkey the remake of Wentworth is the #1 TV show with each episode running for 90 minutes.

Porter said the 2018 highlight for the show, Foxtel and Fremantle was Wentworth winning in the Most Popular and Most Outstanding categories at the TV Week Logies. “We believe that has never happened for any show before – to achieve that in the same year. I was so proud to win those for everyone on the show because it shows the quality of Wentworth that we always strive for.”

Listen to the Mediaweek Wentworth podcast here or on iTunes.