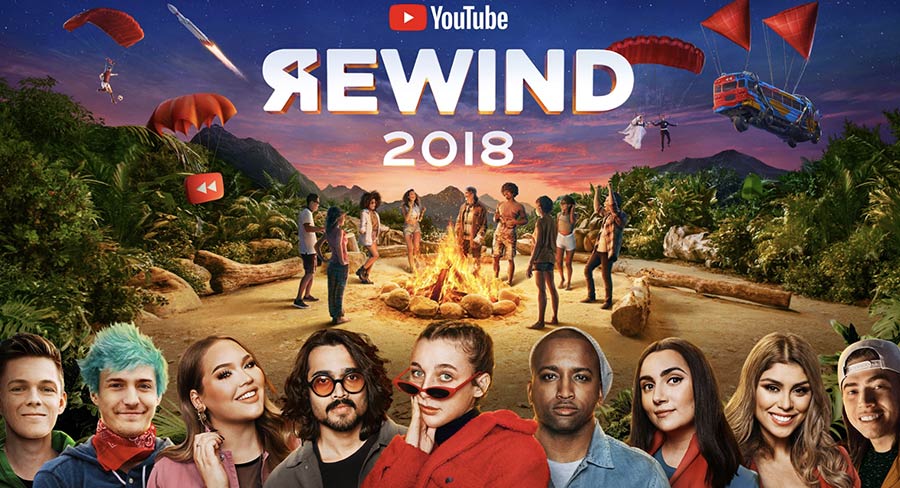 • This year was marked by celebrity moments.

In 2018, according to YouTube data, Australians danced to Maroon 5 and 5 Seconds of Summer (maybe it’s something about the number 5), yodelled along with a kid in Walmart, and played a lot of Fortnite.

Here are the highlights from YouTube’s review of the year:

This year was marked by celebrity moments.

In February, Kylie Jenner surprised the world with To Our Daughter, an 11-minute film detailing her pregnancy and the birth of baby Stormi. We were obsessed with William Zabka and Ralph Macchio’s return to the screen with Cobra Kai the most watched trailer in Australia. And of course, there was our fascination with the Royal Wedding of Harry and Meghan.

Emerging and well-known YouTube stars also showed up in a big way in the year’s Top Trending Videos list. Liza Koshy and David Dobrik shared the news of their breakup through tears and laughter, we sang along with Paul McCartney in a special Carpool Karaoke, the guys from Dude Perfect somehow perfectly tossed bread into a toaster, and we were determined to solve the internet’s latest mystery – seriously, is it Yanny or Laurel? – with two explanations making the Top 10.

These were the moments that had Australians watching, commenting and sharing in 2018.

In 2018, we were hooked on the biggest releases of the year with Drake, Ariana and Childish Gambino all making appearances in Australia’s top trending music list.

Looking at local acts Aussies are loving, it’s no surprise to see 5SOS and Amy Shark in the top three after their multiple ARIA wins last month. Breakthrough artist Dean Lewis also racked up views with his latest hit Be Alright.

#YouTubeRewind also examined the growth of local channels to unearth the top 10 Emerging Aussie YouTube Creators for 2018 – those that started a channel this year and have seen the largest growth in subscribers. The list shows the diversity of content being created in Australia and the strong communities across family, learning and education, gaming, entertainment and more.

The future of content is looking bright with younger creators Fun with Alicia and the Norris’ landing the number one and four spots respectively. We also tuned into see more from some of our favourite gaming creators as they all came together to live under one Click roof.