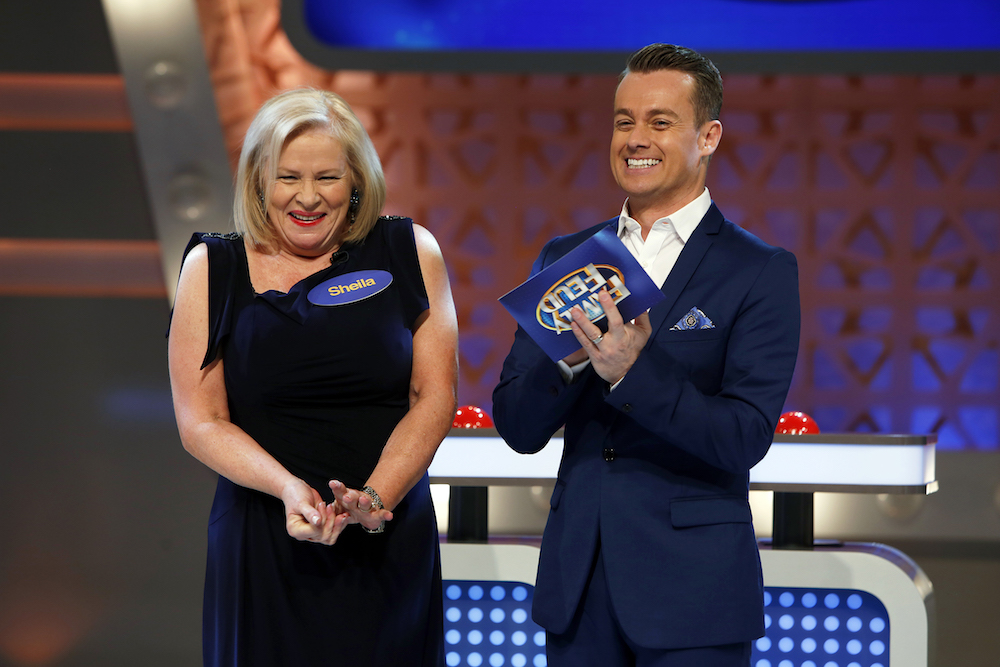 Last week a hen’s party hot air balloon disaster couldn’t get the show into the Digital Top 20. But last night, as the Canning family (which includes Colette Mann) went to appear on Family Feud, its ratings shot up back over 200,000 viewers and into the number 7 spot. If the Family Feud crossover continues to deliver great ratings again tonight, it might be time to make Grant Denyer a Ramsay Street regular.

There are two hours of Family Feud tonight with the regular episode at 6pm, the Neighbours crossover at 6.30pm (see above) and then the cast of Prisoner (which includes Colette Mann) going up against the cast of Wentworth. When the Foxtel reboot started four years ago, FremantleMedia Australia was keen to keep the two show casts very separate but now that Wentworth is its own beast, former “inmates and screws” from Prisoner are very welcome to join in the fun.

This American remake of the Australian movie replaces Jackie Weaver with Ellen Barkin as the mother of the crime family. The 10-part series, already renewed for a second season, also stars Scott Speedman and C. Thomas Howell.