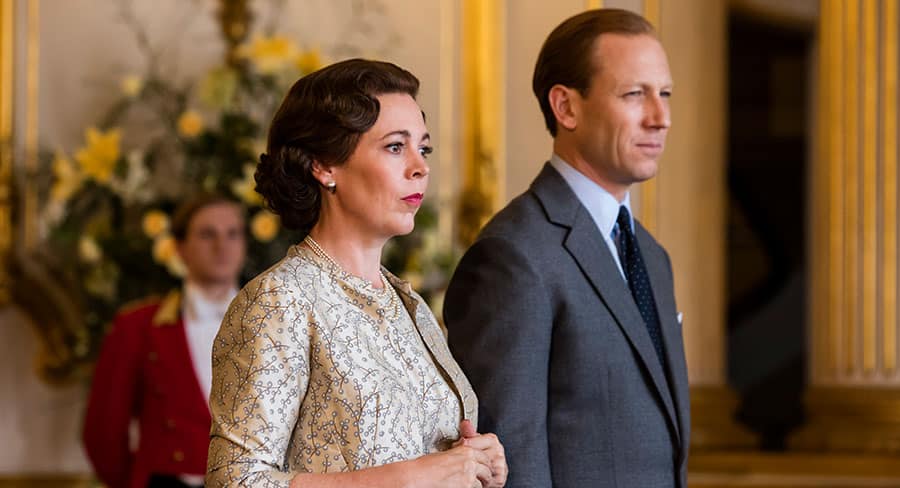 David Dimbleby, the British broadcaster who has watched the life and times of the Australian media mogul for over five decades, will separate fact from fiction in a podcast that chronicles the real Rupert Murdoch story, reports The Observer.

It will launch on Audible later this month and will be 81-year-old Dimbleby’s first journalistic work since stepping down from the helm of BBC’s Question Time program last year.

“I first interviewed Rupert Murdoch for Panorama when he bought the News of The World in 1968 and then again when he bought The Times,” said Dimbleby this weekend. “I have always been fascinated by his risk-taking, buccaneering approach to newsgathering and the use of that power to influence public attitudes.

“The podcast I have made explores the controversial use of the media he owns to exert political power,” said Dimbleby, of The Sun King, which will launch on 18 November. “From the Sun to Fox News I look at his motives and methods through the eyes of his colleagues and opponents. I know a great deal more about him now than I did back in 1968, but he remains an enigma.”

Dimbleby, who himself comes from a newspaper-owning family, if on a smaller scale, will tell how Murdoch turned The Sun from a cautious broadsheet into Britain’s most widely read tabloid newspaper.

The podcast will follow Murdoch to America where he took on the New York Post and explore his controversial war against the British print unions at Wapping. Media dominance under Margaret Thatcher helped Murdoch gain unprecedented access to power. But Dimbleby says The Sun King will also cover “the media mogul’s lowest moment”: the phone-hacking scandal. It will look at the origins of Fox News in 1996 and its part, two decades later, in supporting the rise of Donald Trump.

Australian media managers can be trusted with national security and do not need their operations further restricted by government, ABC chairwoman Ita Buttrose says, reports The Australian’s Sean Parnell.

Addressing a business lunch in Brisbane on Monday, Buttrose called on Australians to support the Your Right to Know campaign.

The campaign was partly prompted by Australian Federal Police raids on the ABC and the home of a News Corp Australia journalist, prompting Buttrose to say that it was ironic police had brought the organisations together “as it’s usually News Corp that is attempting to police the ABC”.

Buttrose said some of the ABC’s potential sources had been “frightened” by the raids, and law reform was needed to protect whistleblowers and media dealing with the public interest.

“Whatever views you might all have about journalism, when it comes to national security those of us in responsible management positions, we know what to do, and we know what not to do.”

The ABC is considering selling property, collaborating on news coverage in regional areas and even cancelling fixed phone lines to save money, according to chairwoman Ita Buttrose.

“We do own quite a few properties around Australia,” she told a lunch in Brisbane on Monday.

“Ultimo in Sydney, which is our headquarters, is a massive building and is very valuable. I’m not selling today — no bids, thank you — but you do have to look at all these things.”

The Daily Telegraph has sensationally dropped its claim that there was apprehended bias on the part of the trial judge in the Geoffrey Rush defamation trial, reports The AFR’s Michael Pelly.

Towards the end of the first day of its appeal against the $2.9 million damages award for the Oscar winner, the paper said it would not be raising the allegation in argument – prompting a furious response from Rush’s legal team.

Bret Walker SC, for Rush said they had “come prepared to meet the very serious allegation” and the bias claim would remain on the public record if it was not formally abandoned.

That is expected to happen on Tuesday morning after the Full Court urged the course upon the Telegraph, leaving only its complaints about Justice Michael Wigney‘s findings on fact and the credit of witnesses to be adjudicated.

It’s believed the popular Ox and Marko drive show will return to Macquarie Sports Radio within a fortnight.

This backflip by Macquarie management comes a week after the station scaled back its talkback format, sacking all of its host including the former SEN stalwarts.

A day after last week’s axing, Allen revealed that he was faced with a second battle of lung cancer.

The outpouring of goodwill towards Schwarz and Allen last week is behind the change of mind.

First reviews: The Hollywood Reporter on The Crown season three

Returning to Netflix after a hiatus of nearly two years, The Crown was always going to be a show in transition for its third season, reports The Hollywood Reporter.

Not only was creator Peter Morgan fulfilling a promise of replacing the entirety of his award-winning ensemble cast, but the reasonably dry time period of the season — the ascension of Harold Wilson as PM in 1964 through the Silver Jubilee of 1977 — leads mostly to the cusp of a juicier future fourth season promising the introductions of Margaret Thatcher and Princess Diana among flashier developments.

Even in transition, though, these 10 episodes mark a welcome return for a reliably thoughtful, gorgeously produced drama that, if anything, suffers from sticking a bit too closely to our traditional concept of prestige. Austere and immaculately polished, The Crown remains a model for carefully crafted episodic storytelling, a trenchant examination of the nature of power and, remarkably, now features a new ensemble that proves every bit the equal of the first.

It’s not a season without significant events. Elizabeth (Olivia Colman, in for Claire Foy) learns of a spy in her inner circle and faces questions about her sympathies in the aftermath of a mining disaster in Wales. Princess Margaret (Helena Bonham Carter, in for Vanessa Kirby) becomes a sensation on an American tour and copes with the erosion of her marriage to Antony Armstrong-Jones (Ben Daniels, in for Matthew Goode). The moon landing causes Prince Philip (Tobias Menzies, in for Matt Smith) to, once again, examine his life. And Prince Charles (an excellent Josh O’Connor) finds himself in a love quadrangle involving a conflicted aristocrat, Camilla Shand (Emerald Fennell), while struggling to define himself as a future leader.

The Crown is well situated for an eventful fourth season after Morgan successfully steered what could have been a difficult transition into a robust chapter in this still top-notch regal saga.

The Crown season 3 review: Olivia Colman dazzles, but the jewel in Netflix’s tiara has lost its shine

Peter Morgan has spent so long trying to clamber inside the mind of Queen Elizabeth II that he has apparently contracted the prestige dramatist’s equivalent of Stockholm syndrome. Season three of Netflix’s The Crown, the epoch-spanning chronicling of her Madge’s reign that will probably go down as writer Morgan’s life’s work, is built in the image of its subject, and not always in a good way.

Vulture
The Crown Carries on Splendidly in Season 3

In The Crown’s third season, some major things have changed, but fundamentally, the Netflix drama remains the same. It is still gorgeously photographed, still committed to shining a new light on royal history, and still immensely satisfying to watch. It is also still extremely well-acted, even though that’s where the biggest shifts occur.

Former Tennis Australia director Harold Mitchell passed on secret information to the Seven Network about broadcast rights, attempting to strike a cheap deal by bypassing the sport’s administrators and threatening to have officials sacked if they defied him, the Federal Court has heard, reports The Australian’s John Stensholt.

The allegations, some contained in details of meetings, emails and phone calls between Mitchell and Seven West Media commercial director Bruce McWilliam, also include Mitchell instructing Seven executives how to negotiate for the rights and to withhold vital information prior to meetings between the television bosses and the then Tennis Australia chief executive Steve Wood.

One email presented to court in Melbourne on Monday quoted McWilliam saying to Mitchell, “I know we are negotiating between ourselves,” during discussions in 2012 about extending Seven’s long-term contract to broadcast the Australian Open and other tournaments.

Mitchell was also quoted as saying rival bids were “crap” and “garbage”.

A Crown Resorts director, Mitchell and ex-Tennis Australia president Steve Healy face bans from corporate life and heavy fines following accusations that they kept fellow Tennis Australia directors in the dark about potentially lucrative bids for broadcast rights before the sport extended its deal with Seven in 2013.