Seven chairman Kerry Stokes is believed to be a “huge fan” of Kruger’s work, but insiders are keeping her exact new role at the network under wraps.

Her new salary at Seven is said to be a package worth as much as $4 million over three years, or $1.3 million per year.

Kruger signed on with Nine in late 2011. Nine had reportedly offered Kruger, 54, a new three-year contract worth over $1.5million, but negotiations hit a wall.

Nine chief executive Hugh Marks has thrown his weight behind the blockbuster return of Karl Stefanovic to the network’s ailing Today show next year, but only on one condition: that Nine’s biggest name is willing to take a major pay cut, reports The Australian’s Nick Tabakoff.

The Nine boss believes Stefanovic has the X-factor that can breathe new life into Today as part of an all-new team with Weekend Today host and 60 Minutes reporter Allison Langdon.

Stefanovic has just over one year left on his contract with Nine that is worth in excess of $2m a year, but it is understood Nine is set to have tough conversations with him where he will be asked to give up hundreds of thousands of dollars on his contracted amount to take the Today role.

Regional newspaper proprietors Antony Catalano and Alex Waislitz have bought more shares in Prime Media, increasing their stake to 12.89 per cent, as Seven West Media pushes ahead with its $64m acquisition of the regional broadcaster, reports The Australian’s Lilly Vitorovich.

The increase from 10.26 per cent was disclosed in a substantial holder notice to the ASX on Wednesday, and comes less than a week after their investment, through an entity called WA Chess Investments, was first publicly revealed.

The pair are Prime’s second-biggest shareholder after Spheria Asset Management, which holds 14.42 per cent stake.

Readers continue to shower The New York Times with money. Advertisers, not so much, reports the US publisher.

The company added 273,000 new online subscribers in the third quarter, for a total of four million digital readers, the company reported Wednesday. The number of total subscribers, including print and digital, hit 4.9 million, a high. Advertising was the weak spot, falling 6.7 per cent overall, with digital ad revenue dropping 5.4 per cent.

In the earnings statement, Mark Thompson, the chief executive, chalked up the decline to the “continued turbulence in the digital advertising space.” Last year, the company benefited from a more robust ad business when it drew marketers like Google, which spent heavily to promote its cloud service. The company said it expected a “challenging” fourth quarter as well, with digital advertising expected to fall somewhere around 15 per cent.

The New York Times Company kept the focus on its digital subscriber gains in its report, and Thompson called the period from July to September “our best-ever third quarter for new digital news subscriptions.” The majority of the new additions, about 209,000, paid for the main news product. The rest came from subscriptions to the Crossword and Cooking products.

The company also revealed for the first time the size of its international readership: 500,000 digital subscribers, mostly from Britain, Canada, and Australia. The company said it was still on a pace to reach its previously stated goal of 10 million paying readers by 2025, with “at least two million” coming from outside the United States.

Debi Enker: Things we learned watching the new season of The Crown

As The Crown moves into the 1960s with a new cast, brilliance and surprises are in excellent supply, reports The Age’s Debi Enker.

Artfully mining the humanity within the history, this beautifully crafted drama series has the power to turn a committed Republican into a Monarchist, as it did for its creator-writer, Peter Morgan. Even if the conversion isn’t that radical, it encourages viewers to understand the spirit-crushing constraints that can buffet those who are born into a life of wealth and privilege.

The new cast shines. Unsurprisingly, as she’s reliably excellent, Olivia Colman is superb as the Queen. Claire Foy is a hard act to follow and Colman is playing HRH at a tougher time: Elizabeth is now a middle-aged mother of four, sometimes feeling dowdy and occasionally glimpsing, with regret, the kind of life she might’ve led if duty hadn’t called.

Tobias Menzies is also terrific as Prince Phillip, embodying a proud, sometimes cold and complex man who struggles with a subservient role but still tries to assert his position as the head of a family. Helena Bonham Carter dazzles as Margaret, evoking a sharp-minded, frustrated, volatile, entitled woman who can shine when required. And Erin Doherty is a revelation as a strong and shrewd Princess Anne.

Are Andy and Deb the team to beat on The Block come auction day? asks news.com.au’s Nick Bond.

The NSW couple were the clear favourite when the five luxury houses of St Kilda’s Oslo were finally thrown open to the public during Wednesday’s penultimate episode of the hit reno series.

And while veteran renovators Mitch and Mark may have been hot favourites all season, with the most number of room reveal wins and the all-important buyers’ jury seal of approval, it seems the public don’t love their ‘party house’ as much as the judges – they placed a distant third.

That runner-up placing was a surprise result for Tess and Luke, the young Cairns couple who’ve been the last-place underdogs for much of the season – and who sensationally slammed The Block in an interview with news.com.au last month, accusing producers of setting them up to fail and editing them to look lazy.

Ronny Chieng is going from strength to strength in the US, set host the 47th International Emmy Awards Gala in New York, reports TV Tonight.

Chieng, whose comedy Ronny Chieng: International Student aired on ABC Australia, the BBC, Comedy Central Asia and Comedy Central in the US is a correspondent on The Daily Show With Trevor Noah.

The awards will be presented on November 25 at the New York Hilton.

The Northern Pictures-produced series has been nominated in the Reality and Factual Entertainment category against titles including 63 Up and The Repair Shop.

Employable Me is the only Australian show nominated this year, however Eureka’s Holey Moley is nominated in the Studio Entertainment category alongside The Last Leg and Michael McIntyre’s Big Show. Seven recently announced a version for 2020.

Also nominated are Chernobyl, Years and Years, Killing Eve, Plebs, After Life, Succession, Escape at Dannemora and This Time With Alan Partridge.

The awards hosted by Lenny Henry, will take place in London on Sunday 1st December.

Next Gen Talent 2019: Hollywood’s Rising Young Stars Revealed is the name of a feature in new edition of The Hollywood Reporter. One of the group selected is an Australia actor:

Get to know these names. Whether they’re leading tentpole films (Shang-Chi’s Simu Liu, Mulan’s Liu Yifei) or fronting must-see-TV (Pose‘s Indya Moore, Unbelievable‘s Kaitlyn Dever), this batch of 25 rising stars are here to stay. They’re who every producer in town is looking to cast, agent is vying to sign and studio is hoping will carry their next franchise. From recent big-screen breakouts like Once Upon a Time‘s Margaret Qualley and The Last Black Manin San Francisco‘s Jonathan Majors to a handful of stars from one of the year’s hottest shows (Euphoria), The Hollywood Reporter anoints the top emerging talent of 2019.

The Australian actor is Jacob Elordi, 22:

The Australian actor became an instant heartthrob after starring in Netflix’s breakout rom-com The Kissing Booth, opposite Joey King. In the wake of his newfound stardom, he took a more serious turn in HBO’s edgy teen drama Euphoria playing Nate Jacobs, a jock with a host of anger issues and sexual insecurities. Elordi currently has his hands full with the second installments of both projects. Having just wrapped Kissing Booth 2 in Cape Town, South Africa, he’s gearing up for the second season of the Zendaya-fronted drama series in Los Angeles – but not before he takes a trip back to his hometown of Brisbane. 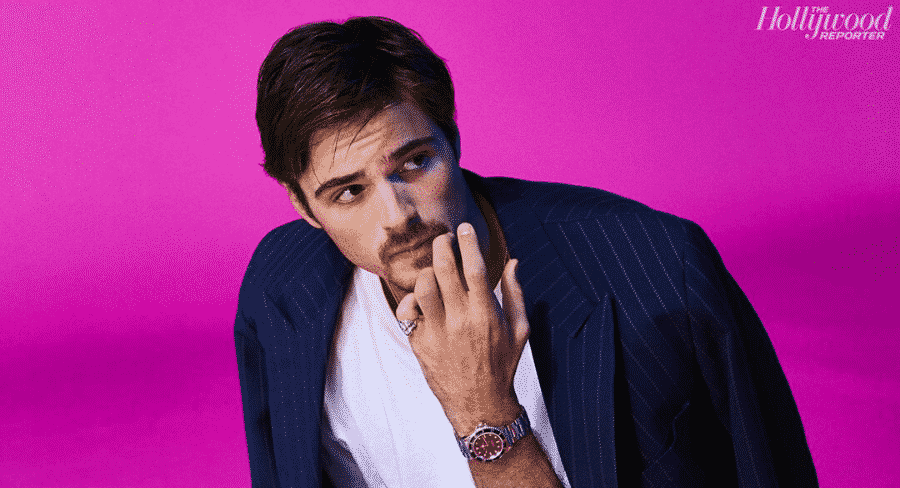 Harold Mitchell and former Tennis Australia president Steve Healy were part of a “giant cover-up exercise” regarding the awarding of broadcast rights to Seven West Media, something that was later subject of a “sham investigation”, a court has been told, reports The Australian’s John Stensholt.

Michael Pearce SC, representing the Australian Securities & Investments Commission, made the allegations on day two of a civil lawsuit against the pair in the Federal Court in Melbourne.

Mitchell is accused by ASIC of using his former position as vice-president and director of the sporting body to advantage Kerry Stokes’s Seven Network by passing on confidential information regarding competing bids for the tennis broadcast rights. Mitchell has denied the allegations.

Seven paid $35m a year for the rights but rivals the Ten Network and IMG, a sports management company, are alleged to have offered to pay more – information Mitchell is alleged to have not shared with the board.

The Channel 7 program – which features comedians Mick Molloy and Sam Pang and broadcaster Andy Maher– was introduced in 2017 and has become a fan favourite among AFL supporters.

Molloy revealed on Wednesday the program would return on Thursday, November 21 after the opening day of Australia’s first Test against Pakistan.

“We have got big names, so this will be national, Front Bar Cricket,” Molloy told Triple M.

“Some of the guests, think of some of your favourite cricketers over the journey.”

A second show will be on November 28, the night before the second of two Tests against Pakistan.