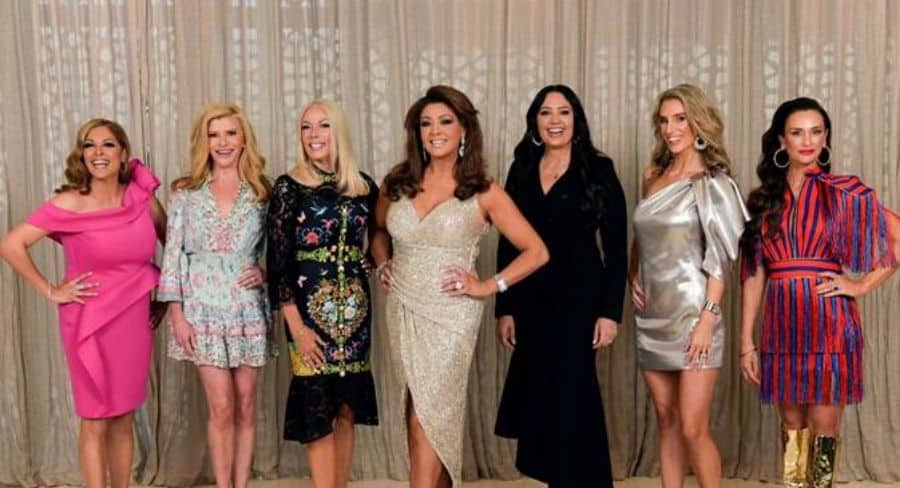 Southern Cross Media Group (SCA) yesterday announced its financial results for the six months ended 31 December 2019. Revenues were down 8.2% year-on-year for the period with earnings of $62.2m revealed. An interim fully franked dividend of 2.75 cents per share will be paid on 16 April 2020.

Headline achievements listed for the period include:

“SCA is Australia’s largest audio group, owning and operating 96 FM, AM and DAB+ radio stations around Australia. Audio remains an attractive platform for audiences and advertisers and is well- positioned to benefit from improvements in media markets. Total average audiences for metro radio grew in 2019, while average time spent listening remained stable.

“Consumption of digital audio is growing strongly, providing opportunities for growing revenue through premium addressable advertising. With an aggregated commercial reach of over

“PodcastOne Australia continues to be Australia’s leading commercial podcast network, providing advertisers with premium access to audiences who are highly engaged with our creators and their areas of interest. SCA’s catch-up radio podcasts are the BVOD of radio, with more than 450,000 signed-in unique and addressable users. In addition, SCA enjoys exclusive Australian representation of SoundCloud – an open, digital audio platform fostering new talent and connecting advertisers to younger fans of new and emerging music and culture.

“SCA’s Television business continued to benefit from strategic decisions in recent years to outsource non-core functions to create a more efficient cost base. Underlying expenses reduced by 6%, cushioning the impact of lower spending by advertisers.

“SCA’s Audio and Television activities in regional markets also benefited from the Boomtown industry marketing campaign. SCA and other regional media companies will continue to invest in and mature Boomtown in the year ahead.

ViacomCBS said Thursday it is planning a “House of Brands” streaming service that builds on CBS All Access and draws from both sides of the recently recombined company, reports The Hollywood Reporter.

In a strategic update as part of its first earnings report as a recombined company, ViacomCBS also outlined three strategic priorities: “maximizing the power of content;” unlocking value from its biggest revenue lines, namely distribution, ad sales and content licensing; and accelerating momentum in streaming.

Management, led by CEO Bob Bakish, further shared a new target for the merger synergies of US$750 million, compared with the original guidance for at least $500 million in cost savings, plus revenue synergies in such areas as distribution, advertising, content licensing and streaming.

And the company for the first time disclosed new metrics for its streaming and digital video business, including domestic revenue of $1.6 billion.

Bakish expressed optimism on Thursday. “In less than three months since completing our merger, we have made significant progress integrating and transforming ViacomCBS. We see incredible opportunity to realise the full power of our position as one of the largest content producers and providers in the world,” he said. “This is an exciting and valuable place to be at a time when demand for content has never been higher, and we will use our strength across genres, formats, demos and geographies to serve the largest addressable audience, on our own platforms and others.”

Pellegrino, who last year described listings volumes in the Sydney and Melbourne real estate markets as the toughest since the 1990s, said Domain delivered a “solid performance” in a difficult period and that he expects an improvement in coming months.

But investors were less enthused about the result, with shares falling more than 6 per cent to close at $3.55. JPMorgan analyst Eric Pan said the results were weaker than expected, due to a slower rebound in listings. “We were expecting a better re-bound in terms of listings volume than they delivered,” Pan said.

George Calombaris’s food empire is likely to go into liquidation with up to 200 unsecured creditors expected to be burnt by the collapse, reports News Corp’s Jeff Whalley.

At the same time it is understood two Jimmy Grants restaurants – in the Emporium and in Fitzroy – will be sold as a part of the administration process.

The buyer of the two Jimmy Grants sites is an existing CBD operator with decades of hospitality experience and a background in Greek cuisine, the Herald Sun has been told.

KordaMentha does not expect to make any more sales and will recommend creditors vote to liquidate the company at a meeting on March 17.

Shepard advised the creditors at the meetings held today that he expected the companies to be placed into liquidation at the second meeting.

The meeting was also told employees were owed $400,000 in leave payments.

The former St Kevin’s College student who was abused at the school has criticised Andrew Bolt and Gerard Henderson after they discussed the crime on Sky News, reports SBS News.

On Tuesday, Bolt appeared to defend convicted child sex offender Peter Kehoe, who groomed Street at the elite Melbourne college, saying “[he] hit on a boy, no sex occurred”.

Henderson said it was “not at all” terrible that outgoing headmaster Stephen Russell supported Kehoe after the conviction.

On Thursday, Street said he was shocked at how the crime was “trivialised” by the pair.

“To listen to you say that no sex occurred is actually beyond relevant information of the crime itself,” he said.

Paris featured on the ABC Four Corners episode on Monday about how child sex abuse was handled at St Kevin’s.

He also used the post to fact check a number of incorrect claims made by Bolt and Henderson about the episode.

Andrew Bolt has apologised to Paris Street, the victim of grooming by a sports coach at St Kevin’s College, who was the subject of a recent ABC investigation, reports Sky News.

Bolt said he regretted the way he discussed the case because he should have more carefully considered how Paris might interpret his words.

“I should have thought of Paris Street, the boy, how he might have heard it,” Bolt said.

“I’m really sorry to you Paris, I’m really sorry … I should have thought about how you would take it. I regret it, I’ve spent every hour since thinking about it. I hate what happened”.

Bolt said he had spent “every hour since” thinking about the way his comments were interpreted and that they may have made it seem like he was downplaying the seriousness of the offence.

“You might have noticed that I was really angry yesterday about the way my comments on the ABC’s stories about St Kevin’s had been misreported, I even saw headlines today like ‘the offender defender’, when of course I hadn’t done that,” he said.

China revoked the press credentials of three reporters for The Wall Street Journal over a headline for an opinion column the government said was racist, reports Associated Press.

The expulsions come after the Trump administration designated five state-run Chinese news outlets that operate in the United States as “foreign missions,” requiring them to register their properties and employees in the US. China said it reserves the right to respond to what it called a mistaken policy.

Deputy bureau chief Josh Chin and reporter Chao Deng, both US nationals, as well as reporter Philip Wen, an Australian national, were ordered to leave the country within five days, the Journal said.

The headline on the Journal’s opinion column referred to the current virus outbreak in China and called the country the “Real Sick Man of Asia.”

After finding an audience of millions on Australian television screens, the hit cartoon Blueywill make the leap to the stage in May, when Bluey’s Big Play premieres in Brisbane as part of the Out of the Box festival at the Queensland Performing Arts Centre (QPAC), reports The Australian’s Andrew McMillan.

Following a week-long run in Brisbane – where the animated series is produced by Ludo Studio – Bluey’s Big Play will begin an extensive national tour through to January 2021, where it will visit 50 towns and cities in every state and territory.

Last year, Bluey was Australia’s most popular time-shifted program last year, ahead of the likes of Lego Masters, Utopia and The Handmaid’s Tale, according to data supplied by OzTAM.

After the likes of Meryl Streep and Julia Roberts made the move to smaller screens, what was to stop Al Pacino? Asks news.com.au’s Wenlei Ma.

In a 50-plus-year career, Pacino has never done episodic TV before – previously, he had done one miniseries (with Streep!), three TV movies and a 1968 episode of N.Y.P.D.

So it’s fitting that his first foray into a regular TV role is in such a wild series.

Because Hunters is wild. Bonkers. Brazen. Even bewildering at times.

Streaming on Amazon Prime Video from Friday this week, Hunters follows a group of fictional Nazi hunters in 1977 New York.

Pacino is the lead hunter, an Auschwitz survivor named Meyer Offerman. He amassed a fortune after the war and now puts his resources to seek vengeance against those who escaped justice.

She’s the unofficial poster woman of the Real Housewives Of Melbourne.

But Gina Liano, the original star of the scandalous Foxtel reality show, was going to hang up her heels from the series, which begins filming its fifth season next month with three new housewives in the mix, reports news.com.au’s Lexie Cartwright.

After an explosive few seasons, which are all available to stream on Foxtel Now, Liano said she enjoyed being in her “own zone”.

“I nearly didn’t come back this season,” the barrister and marriage celebrant said.

“I got back into my own life, it was peaceful and I quite enjoyed it and I was hesitant to come back only for that reason.

“It’s a big responsibility having a public profile, even though I swear and carry on and maybe act a bit irresponsible.

“I think there might be a time where I don’t come back just because my life will keep moving.”

“The impressive results we are seeing from our new marketing strategy has led to a re-evaluation of our sponsorship of the cricket,” Mr Pellegrino said on an investor call for Domain’s first-half earnings results.

Domain inked its four-year so-called “platinum sponsorship partnership” with Cricket Australia in June 2018, which involved being the “presenting partner” of men’s Test cricket over four years. No financial details were released at the time.