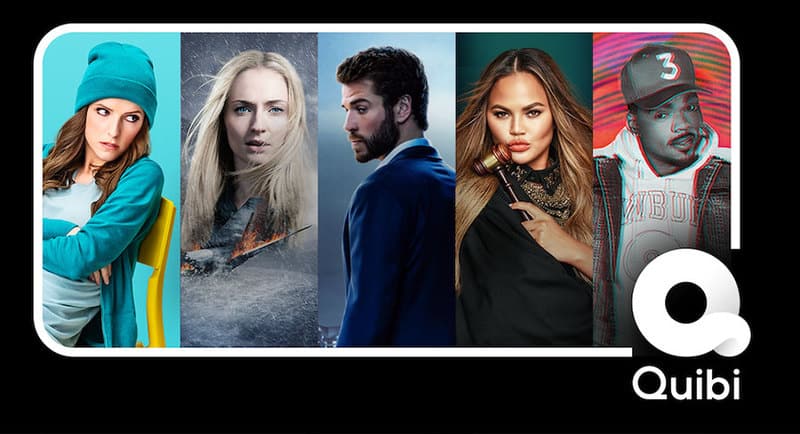 While total advertising revenue in the fiscal first quarter fell 7 percent, the company posted an 18 percent advertising revenue increase at its cable networks unit on the strength of Fox News, which has done well in the ratings during this election and pandemic year. So it was fitting Fox Corp. chose election day in the U.S. to tout audience and advertising growth for Fox News to investors and that Murdoch was called on to field an analyst question about how he would react to President Donald Trump possibly starting a news network to counter CNN and other cable news network rivals.

“We love competition. We have always thrived with competition. And we have strong competition now,” Murdoch said. And Trump supporters that underpin Fox News’ audience may land post-election viewing popular Fox Entertainment fare, he predicted.

Murdoch told analysts Fox Corp. was recovering from a deeper advertising revenue decline earlier this year brought on by the pandemic. “We are sustaining our momentum and building on our strengths. With increased visibility to the market, and a resumption of sports and entertainment production, we are optimistic about and excited for the remainder of the fiscal year,” he said.

ABC chief people officer Rebekah Donaldson has announced she will leave the national broadcaster in January 2021 to take up the role of executive manager, people at Qantas Group.

Donaldson has been an ABC director since 2018, leading the ABC people & culture division through often challenging times. Since joining the ABC in 2013, she has filled several roles including chief of staff to the managing director. 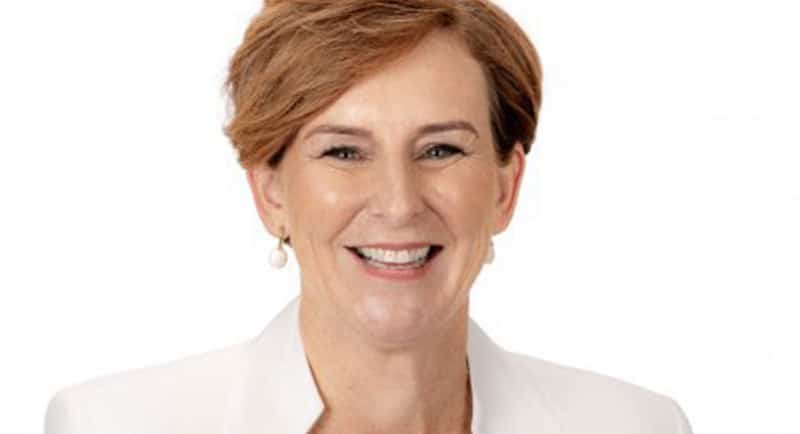 ABC managing director David Anderson paid tribute to Donaldson’s career at the ABC and her contribution across the organisation.

“Rebekah has been an outstanding executive and colleague to many at the ABC and is held in very high regard across the organisation.

“On behalf of the leadership team and the ABC, I would like to thank Rebekah for her leadership and expertise.  We wish Rebekah well in this next chapter of an already impressive career.”

Donaldson will leave the ABC in mid-January 2021. A recruitment process for the role will begin in the coming weeks.

The market that never appeared: Why $2.5b Quibi was such a disaster

Last week, the Quibi short-form video start-up announced it was shutting down a little over six months after it had launched to the public, reports The London Telegraph (republished in The SMH). Its founder, the Hollywood mogul Jeffrey Katzenberg, said Quibi had “exhausted every option available” and was “no longer viable”. A service built to capitalise on the short attention spans and busy lives of today’s smartphone generation had itself crashed in fast forward.

Katzenberg, formerly one of Disney’s top executives and the co-founder of DreamWorks, had founded Quibi on a simple idea. Inspired by the success of Dan Brown‘s The Da Vinci Code, in which readers were hooked by rapid-fire chapters often just a couple of pages, Quibi would deliver its shows in “quick bites” of between five and 10 minutes.

Without a major title to drive interest, subscription growth petered out. According to research group Kantar Worldpanel, just 700,000 households were subscribed to Quibi in the third quarter of the year, and one in three of those planned to cancel. In its final weeks, the company tried to adapt. It launched a free version in Australia that it hoped might generate enough interest to gradually encourage users to pay, but results were disappointing. It added support for televisions, allowing people to beam the service from their phones in a reversal of the original pitch.

It did not work. The founders began to quietly look for buyers, reportedly approaching Apple, WarnerMedia and Facebook, but no white knight emerged. Eventually there was nowhere left to go. Last week, the company said it would wind down operations, returning the cash it had left to shareholders, and seeking to offload the rights to its shows to interested buyers.

The Australian Financial Review, The Age and The Sydney Morning Herald are all backing former US Vice-President Joe Biden in the US election race, while News Corp’s The Australian is undecided, reports The AFR’s Miranda Ward.

Melbourne’s The Age and The Sydney Morning Herald said Biden would be a “welcome change” after four years of President Donald Trump.

News Corp’s national paper The Australian is sitting firmly on the fence, instead arguing the choice between Trump and Biden “cannot offer an easy way out of the challenges facing America”.

“What might a second Trump term look like? Probably more of the same, which means unpredictable,” reads the editorial.

The Australian‘s editor-in-chief Chris Dore told the Financial Review they “don’t make a habit of advocating a vote for candidates in elections in other countries”.

While News Corp’s metro newspapers are yet to publish their official take on who they back for the 2020 election, its columnists have been vocal.

The Daily Telegraph‘s Miranda Devine asks, “Has there been a worse candidate in history than Joe Biden?”

“If Biden loses the election, as increasingly seems likely, Democrat voters ought to understand where their anger should be directed,” Devine concludes.

The Herald Sun‘s Rita Panahi has labelled the 2020 presidential election “the most consequential of our time”, firmly backing President Trump.

“Trump deserves to win and if he pulls it off it’ll be the greatest victory in modern political history.”

The West Australian, owned by Seven West Media, is backing Biden, with editor-in-chief Anthony De Ceglie saying: “The four years of the Trump presidency has sadly been characterised by lies and at times the trashing of democracy, including by stoking social divisions.”

US Election coverage: Printing history, as it happens

History-making news is a frequent sight on the front page of The New York Times, but few front pages carry the significance of a presidential election, reports the Times Insider column.

Putting the newspaper out on election night is an all-hands-on-deck operation with reporters, editors and designers working under the tightest of deadlines, knowing that the latest results will require quick adjustments and, sometimes, extensive changes in the page presentation.

On Tuesday, for the Times department known as the Print Hub, which designs the newspaper and composes the headlines and other display type, that challenge will be even greater because the team will be working remotely and a clear winner may not be evident.

In anticipation of the printed newspaper’s nearly doubling in size over the week, the team has brought on about a dozen extra people during that time, rather than preparing just for Election Day and the day after. Each person will be assigned specific articles to edit or pages to design, as news breaks or is updated throughout the evening.

No matter the hour when news rolls in, there are deadlines to be met. Once composed, the first National edition of the paper must be sent to the presses by 8 p.m. The first New York edition must be sent by 10 p.m. The second editions are sent by 11:30 p.m., and between each edition, and until 12:30 a.m., the team will be able to send postscripts, which are updates to a specific page within an edition that is already rolling off the press. By 12:30 a.m., all of the day’s news deemed fit to print must be transmitted to the printing plants in College Point, Queens, and around the country, which will then produce and deliver the paper to newsstands and readers’ doors.

The Associated Press will not predict a winner of the presidential election. It will not even name an apparent or likely winner. The A.P. will make the call only when it is certain — just as it has in every U.S. election since 1848, when Zachary Taylor won the White House, reports The New York Times.

“If there’s no way for the trailing candidate to catch up, no legal way, no mathematical way, then the race is decided, essentially,” Sally Buzbee, The A.P.’s executive editor, said in an interview. “And if there is any uncertainty, or if there are enough votes out to change the result, then we don’t call the race.”

The A.P. bases its determinations on the work of more than 4,000 freelance local reporters who collect vote counts from clerks in every county of the 50 states. Those local reporters phone the results to The A.P.’s vote entry centres, which are virtual this year because of the pandemic. More than 800 vote entry clerks assess the data, checking with the reporters about any anomalies, before entering it into the A.P. system.

With 250 bureaus in 99 nations, The A.P. provides roughly 730,000 articles, 70,000 videos and one million photographs each year to the more than 15,000 outlets and businesses that subscribe to its content.

Big Mob Brekky coming to NITV: “How has it taken this long?”

Ryan Liddle tells TV Tonight, “You’ll still be able to get your weather and everything else that you get at those other places, but with an Indigenous perspective.

“We never see this sort of representation on morning telly, and between Shahni and we’ll hope to get everyone up on their seat, ready to attack the day. And we just really want to bring a black sense of humour as well.”

Indeed, while Indigenous on-camera staff on other morning TV shows is improving, it is still limited: Brooke Boney (Today), Narelda Jacobs (Studio 10), Michael Rennie (News Breakfast). Recent diversity report Who Gets to Tell Australian Stories found more than 75% of TV news and current affairs presenters, commentators and reporters have an Anglo-Celtic background, while only 6 percent have an Indigenous or non-European background.

With a show about celebrity reputations, ABC risks compromising its own

It’s a promising premise, timely, topical and loaded with avenues to explore. But, as with a number of the ABC’s non-fiction programs in recent years, Reputation Rehab (Wednesdays, ABC, 9.05pm and iview) suffers from trite treatment and miscalculations of tone. Once again, Auntie’s determination to confect something upbeat, rather than simply playing it straight, has trivialised a promising project, reports The Age’s Debi Enker.

Presented by Kirsten Drysdale and Zoe Norton Lodge, former contributors to The Checkout, the six-part series intends to examine how and why people become the focus of ugly headlines, the target of trolls and even the recipients of death threats. According to its publicity, Reputation Rehab aims to “tackle public-shaming head-on and break through the outrage cycle with comedy and empathy”. The show invites us to “meet real people behind the headlines and find out what really happens after the outrage storm passes”.

Here, the humour misfires and the development of the topic is flimsy.

Episodes are padded out with fluffy nonsense. An assortment of “real people” – ostensibly ordinary folk identified by their first names – offers opinions. The attempt to manufacture a tennis bad boy from one of these real people and have him perform at a press conference is dull, as is the protracted staging of an awkward reality-show date. These clumsy segments add nothing to the subject, nor do they offer the fizz of light relief.