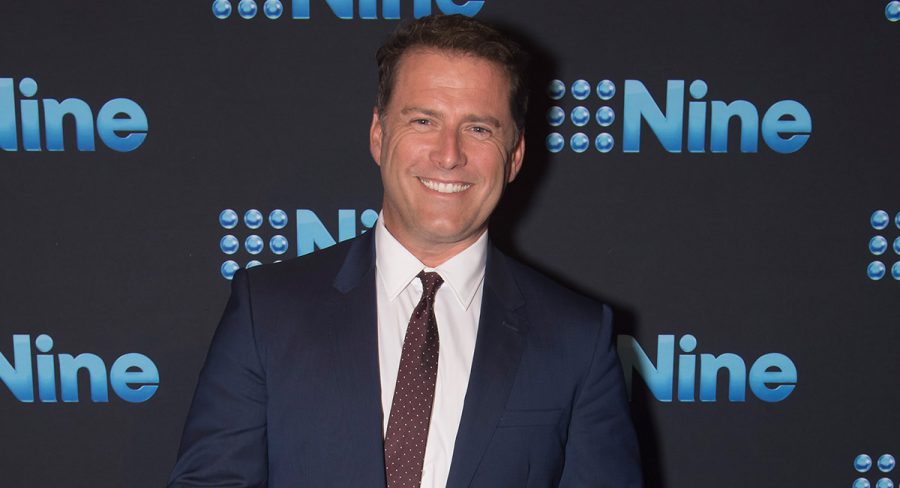 Facebook is looking to make peace with Australian media companies and get high-quality news content for its video service Watch, signing a range of experimental 12-month deals for exclusive news programming, reports The AFR’s Max Mason.

The US-based social media giant has inked deals with Nine, publisher of The Australian Financial Review, Seven West Media, Network 10, Sky News, which is owned by News Corp, Junkee Media and Pedestrian.TV, which is also owned by Nine.

The agreements with Facebook are to create a series of original news-related programming for Facebook Watch as well as uploading clips from their broadcast news and current affairs shows. A deal has also be done with SBS for non-exclusive clips.

King joined News Corp in 2008 and held a number of roles until leaving the company in December 2018.

He was also the chairman of the Interactive Advertising Bureau, the peak industry body for digital advertising, whose board includes News Corp, Nine, The Guardian, REA, Seven West Media, Facebook and Google.

King will work across GroupM’s agencies MediaCom, Wavemaker, Mindshare and Essence and have oversight over the group’s propriety technology.

With Alan Jones languishing in a hospital bed last week, stricken with a debilitating case of flu, his radio bosses at 2GB – or 9GB, as radio staff have now caustically dubbed the station – offered little resistance when the instruction came down the line from new owner Nine to fill the void with a roster of its TV talent, reports News Corp’s Annette Sharp.

Knight proved herself a dab hand – making three hours of live chat sound so easy Nine bosses figured anyone could do the job – and sent Karl Stefanovic in to bat the next day.

He was soon laughing heartily at his own tired jokes (“they call me the Steven Bradbury of 2GB”), unconvincingly serving up an attack on Greens protesters, chatting to his Nine colleague Simon “my man” Bouda on the anniversary of the Thredbo disaster (Stefanovic seemingly missing the sober tone of the segment and offered as his great insight into the disaster that survivor Stuart Diver “doesn’t mind a Schnapps …”), repeatedly plugging XXXX beer – and supplicating 2GB regulars Price and Hadley with nicknames “Stevie” and “Raymondo”.

Senior company executives have held meetings about the mastheads, including considering closure, amid declining revenue in a tough advertising market.

It is also understood that there have been strained negotiations with US-based media group Hearst Magazines, which owns the licence of Harper’s Bazaar, who are not happy with its performance in Australia.

Sarah-Belle Murphy, executive general manager of publishing and digital, is sticking by the magazines, saying there is “no substance in rumours of closing either Elle or Harper’s Bazaar brands – that includes both print and online”.

“The brands are key in our portfolio for our consumers and clients alike, and are performing extremely well across all channels,” Murphy said, adding the magazines were “significantly” up year-on-year in the latest readership results and its digital audiences are in “steady growth”.

In February, the men formed a company called GaryGeorge&Matt. Books, podcasts, cooking festivals, a new TV series: all ideas were on the table. But when 10 insisted on contracting them until the end of 2020 – while they wanted to finish earlier in the year, after MasterChef’s 12th season wrapped – negotiations stalled.

“It would have limited our ability to do other things,” Mehigan says. “All the financial terms had been agreed; it was purely about the length of the new contract. We wanted to keep making MasterChef, but we needed space to stretch our legs and do our own thing.”

Despite a few red herrings and some wild theories, it seems the shortlist for MasterChef’s new hosts is tightening up, with 10 soon to announce its replacements for Matt Preston, George Calombaris and Gary Mehigan, reports News Corp reporter and food critic Amy Harris.

Bosses at production company Shine had hoped to lure Gordon Ramsay to the gig but were hamstrung by the fact that Ramsay – who has appeared on the show several times as a guest judge – is just too damn expensive.

In fact Ramsay’s fee of about $3 million for his four-episode stint on the recent season of the amateur cook-off allegedly cost more than the annual salaries of Calombaris, Preston and Mehigan combined.

That leaves their number-two pick, Marco Pierre White, as the frontrunner for a spot on the show.

The second spot which is rumoured to be headed in the direction of 10 personalities and MasterChef alumni Poh Ling Yeow or Justine Schofield.

Shine is likely to round out the hosting panel with a well-known food critic.

Saturdays on Macquarie Sports Radio have been overhauled with the Nine Network lending some of its talent.

Nine’s NRL veteran Gus Gould is now hosting a 9am program for one hour on Saturdays called, simply, The Gus Gould Show. 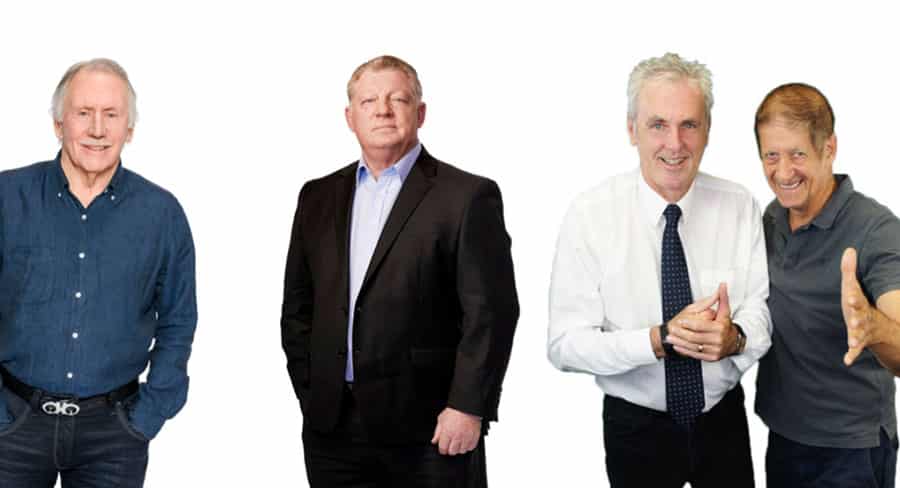 The radio station has also now signed Roy and HG to a regular Saturday morning program from 10am until noon after a limited edition series during the World Cup called Just Short Of A Length.

Macquarie Media chief executive Adam Lang said: “Roy & HG are an iconic duo, and we are delighted to have them entertaining the growing Macquarie Sports Radio audience, live every Saturday morning. And for those who can’t hear it live, Just Short of a Length is also available as a podcast, which reached the position of #1 sports podcast on the Apple podcast charts shortly after launch.

“We are also proud to be the home of The Gus Gould Show, and to give sports fans the opportunity to speak with one of the most respected figures in rugby league. Phil Gould’s insight into the game is unparalleled, and now those views and opinions are being shared with our audience every Saturday morning.

“Macquarie Sports Radio has already developed a reputation as the home of the best radio cricket commentary in Australia, through our coverage of the summer of cricket and the ICC World Cup. Having Ian Chappell sharing his views on Australia’s Ashes campaign every Saturday morning is very exciting for our team, our clients and our audience.”

Given the uniqueness of what tennis can offer, it appears there is little doubt that it is the Australian sport that will appeal to the global online streaming giants – with the French Open being the latest prime, so to speak, example of what could soon take place, reports The Australian’s John Stensholt.

French tennis authorities last week struck a groundbreaking broadcast deal with Amazon for its Amazon Prime streaming service to have exclusive rights to show matches in the local French market of the new night-time sessions that will take place at a revamped Roland Garros – with an upgraded flagship Court Philippe-Chatrier and a new show court – from 2021 to 2023.

It would not be a shock if a deal with the same broadcaster happened at the same time for the Australian Open, with Tennis Australia having strategically lined up the biggest of its global rights to expire in less than 18 months, or after the 2021 Open.

North American rights are held by ESPN and Eurosport shows the Open across Europe. Both are lucrative markets and Tennis Australia will soon go to market with a sport that already is attractive to a deep-pocketed streamer like Amazon and incumbent so-called traditional broadcasters that will be extremely keen to maintain their rights. ESPN, for example, will be coming to the end of a marathon 10-year contract with Tennis Australia by then.

Nine is paying $60 million annually for its domestic rights. But Tennis Australia is already getting more from international sources with 85 per cent of its viewers now overseas. The gap – and therefore importance – could soon be even greater.

Seven reveals who is replacing Bruce McAvaney as Brownlow host

McLachlan, one of Channel 7’s top-tier AFL broadcasters, will take the reins from the network’s sports oracle McAvaney to helm the event in September.

“With great excitement and confidence, I’m looking forward to Hamish making Brownlow night his own.”

He added: “Hame’s love for the game, and everything about the game, well qualify him for this task. He’ll do a great job.”

McAvaney has one of the most demanding schedules and the country, and it’s getting busier.

He will bow out of the Brownlow to prepare for other broadcasting duties for Seven, including heading up the network’s horse racing coverage, and the Tokyo Olympics in 2020.