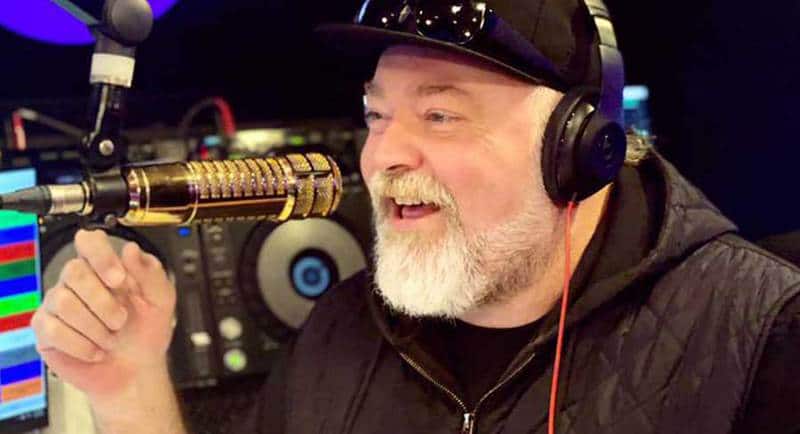 The Crown and Queen’s Gambit push Netflix above 200m subscribers

Netflix faced more competition than ever before in 2020, but the streamer is showing little sign of flagging, ending the year with an unprecedented nearly 204 million global subscribers, reports The Hollywood Reporter.

Netflix usually performs well during the final three months of the year, when it is known for unleashing some of its most-anticipated programming. The most recent quarter was no exception, ushering in the fourth season of The Crown and introducing viewers to new shows The Queen’s Gambit and Bridgerton. Netflix has said that both of the latter series were hits with its audience, becoming some of the most-watched titles in its history.

A Nine Network news chief who “drank and drank” at a company party before being caught behind the wheel almost five times over the legal alcohol limit has narrowly avoided a jail sentence, reports The Australian’s Kieran Gair.

Darren Wick, who admitted to being an alcoholic after he almost fell out of his Jeep drunk following a colleague’s going-away party in October last year, was sentenced to a nine-month intensive corrections order on Wednesday, meaning he will serve his sentence in the community.

The director of news and current affairs at Nine was also ordered to complete 100 hours of community service and disqualified for driving for nine months when he was sentenced in Sydney’s Hornsby Local Court.

Outside court, Wick said he would remain at the helm of Nine’s news and current affairs division and pledged to “not turn to alcohol” during stressful events. “When I’ve done this job and I’m at my best, it’s when I haven’t drunk,” he said.

Nationals senator Bridget McKenzie has revealed she is in a relationship with News Corp’s federal political journalist Simon Benson a day after the pair were photographed together shopping in a regional Victorian hardware store without masks, reports Nine CBD columnists Samantha Hutchinson and Stephen Brook.

The former sports minister and Benson seemed to be flouting a rule requiring shoppers to wear masks. The pair, photographed at the checkout of the Wodonga Bunnings store smiling and sharing a joke, appeared sans masks – despite a Victorian Health ruling requiring them to be worn inside.

“We are in a happy relationship and have been open about it,” McKenzie and Benson told The Sydney Morning Herald and The Age in a joint statement on Wednesday afternoon.

Shepard Smith opens up about leaving Fox News after 23 years

Shepard Smith has opened up about why he decided to leave Fox News in 2019 after 23 years at the network, reports The Hollywood Reporter.

The former Shepard Smith Reporting anchor and current CNBC host got candid about his tenure at the cable news network in an interview with journalist Christiane Amanpour that will air Tuesday night on PBS. “If you feel like the Fox viewers were getting mis or disinformation, I was there to make sure that they got it straight,” Smith said in the clip, which Amanpour tweeted on Tuesday. “I stuck with it for as long as I could. And at some point I realised I’ve reached a point of diminishing returns and I left.”

When Amanpour pressed Smith as to whether he “accept[s]” that Fox News “perpetuated so many of the divisions, the lies, the conspiracies” of the Trump presidency, Smith spoke abstractly about journalists who “lead people astray” and expressed his distaste for them.

Following on from the backlash surrounding Vogue’s February cover featuring Vice-President Kamala Harris in an overly relaxed portrait, which many, including The Washington Post’s Robin Givhan, deemed disrespectful, Conde Nast announced that it would release a limited edition print run featuring the more formal photograph that had graced Vogue’s digital cover, reports The Australian’s Glynis Traill-Nash. 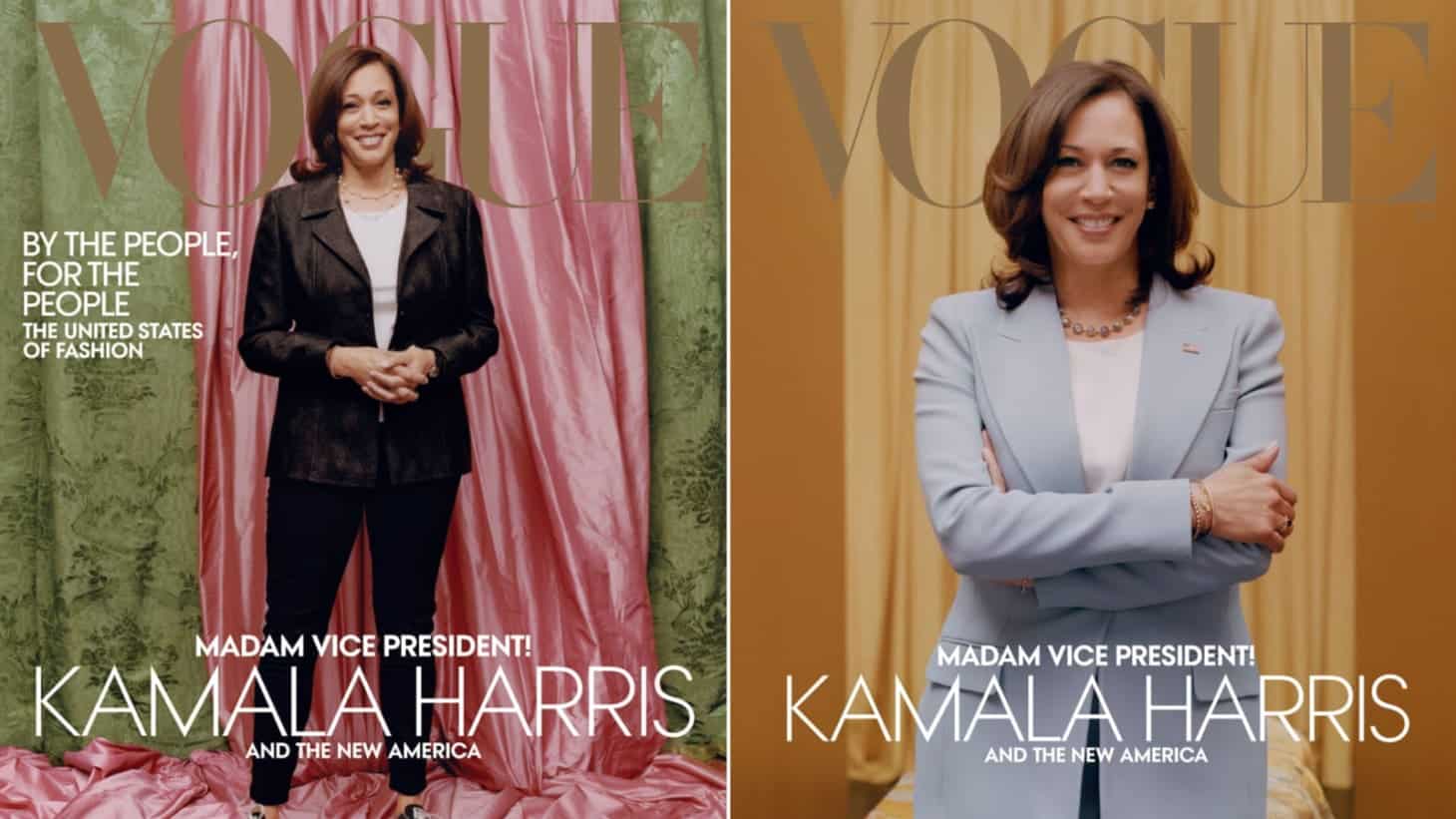 During the backlash (but before the announcement of the second cover), US Vogue editor-in-chief Anna Wintour told The New York Times that there was no “formal agreement” over which images would grace the cover, but said that the team agreed unanimously that the chosen one was “accessible and approachable and real”, reflecting hallmarks of the Biden-Harris political campaign.

“Obviously we have heard and understood the reaction to the print cover,” said Wintour, “and I just want to reiterate that it was absolutely not our intention to, in any way, diminish the importance of the vice-president-elect’s incredible victory.”

The digital — and now limited edition — cover sees Harris in a much sleeker blue Michael Kors suit, with golden drapes behind her. She still appears approachable and relaxed, but also proud and ready to take on the job from early Thursday morning Australian time.

In preparing for the role, the pair became firm friends.

“I am deeply shocked, he died way too young and it is a great loss,” Herriman, 50, told Confidential on the red carpet of the Australian premiere of Penguin Bloom in Sydney.

Murphy died in Ballina at the age of 66 at the weekend after a short battle with cancer.

“I asked him a million questions about anything and everything I could think of,” Herriman recalled. “Initially I was really intimidated by him because of who he was and his energy. He was such an alpha guy and I was also just a bit scared that he was going to go, ‘what are you doing playing me? You are not right’. But then we actually became mates.”

Kyle Sandilands assures staff he’s ‘not dead’ after sleeping in

Kyle Sandilands sparked concerns this morning when he failed to show up for work, reports news.com.au’s Andrew Bucklow.

The KIIS FM host was nowhere to be seen when his radio show started at 6am.

“We don’t know where Kyle is,” co-host Jackie O said on air. “His phone is off which is very strange.”

Producers were so concerned that they sent a Kyle and Jackie O team member to Kyle’s house to check on the radio star.

Once there, the team member knocked on the door which woke Kyle who had simply slept in.

Kyle rushed to the studio in North Ryde where he was greeted in the carpark by show producers including Peter Deppeler.

“Thank god you’re here, we’ve been worried sick,” Pete said to Kyle in an Instagram live as the star walked inside the building to the studio. “There was a lot of panic from management. Everyone’s been freaking out.”

Stan Sport has settled on a price for its sport package as the launch date for the new home of rugby nears, reports Nine’s Sam Phillips.

Sources with knowledge of Stan’s pricing discussions say the streaming company will charge a supplementary fee of about $10 a month for access to its sports package, which includes every Wallabies Test, Super Rugby, Shute Shield, the Hospital Cup, Mitre 10 and the Currie Cup, as well as tennis grand slams Wimbledon and the French Open.

To access the sports package, fans must also have a subscription to Stan’s main non-sport streaming service. Given the cheapest main-service subscription is $10, the total cost for access to Stan Sport will be about $20 per month.

The package is set to be launched near to the Super Rugby AU start date of February 19, when the Waratahs travel north to face the Reds before the Force host the Brumbies in Perth.