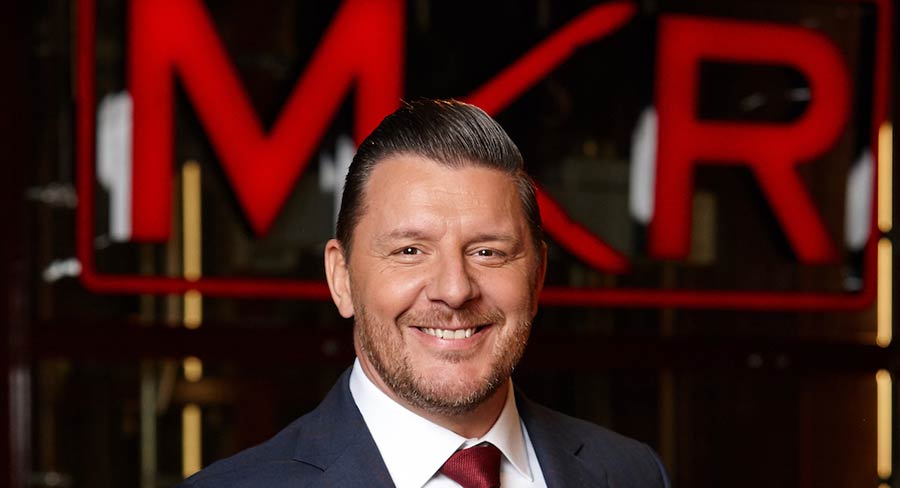 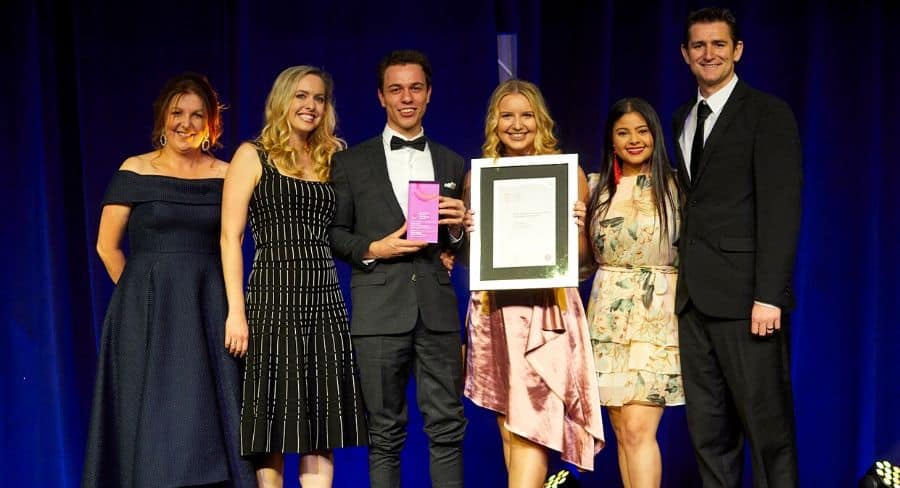 The Customer Service Institute of America’s chief executive officer Christine Churchill said: “The judges were impressed with your team’s dedication to customers, focus on problem solving and accountability, and demonstrated consistent application of best practice in customer management and outcome delivery.”

“We don’t just see customers as numbers,” Fawcett said.“It’s mums and dads running a small business for whom every cent spent could have been money to put food on the table, or to spend on their kids. We remind ourselves of that every day, and know they’re entrusting us with their livelihood. It clearly resonates with our team and they take it very seriously.” 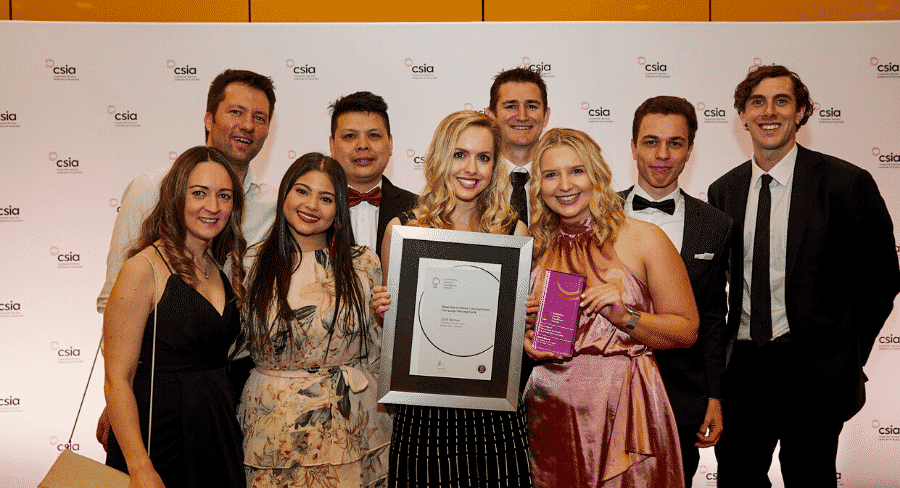 “We set out with an ambitious goal to become the best customer service team in Australia and our customers can now know that they’re dealing with the best in the world,” Ms Fawcett said.

News Corp Australia has appointed Michael Ford as its new chief financial officer and will join Foxtel’s board as the media group’s representative, reports The Australian’s Lilly Vitorovich.

Executive chairman Michael Miller said Ford is a “well-respected executive and director with more than 30 years’ experience in strategy and finance roles”.

Ford will join News Corp, which publishes The Australian and owns 65 per cent of Foxtel, on February 17. He will formally take over from CFO Stacey Brown, who will prepare the 2021 budget, in April.

The data is contained in the federal government’s report on law enforcement agencies’ use of telecommunications data for investigating crimes and surveillance for the 2018-19 financial year.

Under the mandatory data retention legislation, law enforcement must get a warrant to access a journalist’s historical telecommunications metadata – including information on who they called, when they called or their location information.

The journalist subject to the warrant has no knowledge that a warrant has been sought or issued, but a prime minister appointed public interest advocate can make submissions about whether to issue or refuse the warrant.

Britain’s BBC says it will axe 450 jobs from its news division in a restructuring designed to cut costs and change the way it produces news to reach a younger audience, reports The Sydney Morning Herald.

The 98-year-old corporation, locked in a battle with the government over its future, said fewer viewers were watching its scheduled news programs and it needed to invest in new formats on its digital platforms.

To save money, it will cover fewer stories and journalists will work in centralised teams rather than for specific programs, helping to cut duplication.

The 43 year old was a contestant on the reality singing show last year, mentored by Delta Goodrem. Stuart is understood to have lost her battle with cancer at around 5pm at St Vincent’s hospital, surrounded by loved ones, reports The Daily Telegraph’s Jonathon Moran.

Stuart was diagnosed with breast cancer in 2018 before undergoing chemotherapy treatment and competing on The Voice last year while in remission to raise awareness of the cancer. She was well known and highly regarded in the live music scene. She performed as a backup singer for many high profile Australian artists including her coach Goodrem and Jessica Mauboy.

Promoters today announced the string of concerts, due to take place in March, will now not proceed, reports The Herald Sun’s Cameron Adams.

“Since announcing our intention to undertake Sound Relief 2020 the offer of assistance from International and Domestic artists, industry, media and suppliers has been second to none,” a statement read.

“However Sound Relief is a series of concert events that we don’t wish to stage lightly and after careful consideration, we believe proceeding with the concerts in March won’t produce the impactful result that we believe these events can – and should – have.”

The vision for Sound Relief 2020 was to potentially run in five states, across two weekends. Names approached for the shows included Elton John, Pink, Ed Sheeran and Kylie Minogue.

The event was announced a few days after another local promoter, Paul Dainty, announced plans for Fire Fight Australia.

Jon Ola Sand is not a man who minces his words. The veteran Eurovision Song Contest producer pulls no punches when it comes to Australia’s chances in the iconic European song competition, reports Nine Publishing’s Michael Idato. “You can win, of course you can win,” he says.

“We have already seen that you’ve been very well placed on the scoreboard almost every year and I’m confident that for the viewers and the juries, when they cast their votes, it’s not a population behind it. It’s really what they like and what they hear and what they see,” Sand says.

Australia has participated in the Eurovision Song Contest five times since 2015, landing in second, fifth, ninth (twice) and 20th place out of some 40-odd competing countries each year. Our best performance was Dami Im‘s Sound of Silence in 2016.

Channel Seven had a problem. My Kitchen Rules, once an unassailable powerhouse that could be relied upon to kick off the ratings year strongly for the network, was fading, reports The Sydney Morning Herald’s Debi Enker.

For nearly a decade, MKR had defied the dire predictions about the death of free-to-air television, drawing viewer numbers well over the “magic million” mark, night after night, week after week, for months.

But the cooking contest’s domination had crumbled. Last year’s 10th season average slumped below a million viewers, as did the finale. And for the past couple of years, it’s been out-rated by Nine’s Married at First Sight.

Perhaps it’s predictable that an ageing reality TV show declines and that something new comes along and steals its crown. But some reality shows, like The Block and MasterChef, suffer a slump, reboot and revive to thrive. Maybe MKR was stale and needed freshening up.

A kinder, gentler MAFS? We’ll believe it when we see it

“Contrary to what people might believe I actually enjoyed the experience last year,” says Elizabeth Sobinoff, who has signed up for another blind match in the seventh season of TV’s most dubious “social experiment” despite seeming to have had a torrid time of it – and her groom running away the day after their wedding – last year, reports Nine Publishing’s Karl Quinn.

We saw her 2019 match, Sam, make comments about her weight and strike up a romance with another bride, Ines, in a plotline that shocked viewers and participants alike.

NRL keeps door shut on Folau, but some think he’ll try open it

The NRL has no appetite to welcome back Israel Folau, despite some club officials tipping the sacked Wallaby will try to return in the next two years after his shock Catalans Dragons deal, reports The Sydney Morning Herald’s Christian Nicolussi.

The France-based Super League club ignored the wishes of the Rugby Football League to sign Folau to a one-year deal reportedly worth $400,000.

“I bet you all money Israel will try to get back into the NRL in the next two years. He won’t want to keep living in France,” one NRL club boss told the Herald.

During Folau’s lengthy court battle with Rugby Australia over his homophobic comments on social media last year, at least one Sydney NRL club was approached by the 30-year-old’s camp.
Folau is likely to get a chance to feature in a planned opposed session against the Sydney Roosters in a couple of weeks as the NRL premiers tune up for their World Club Challenge.