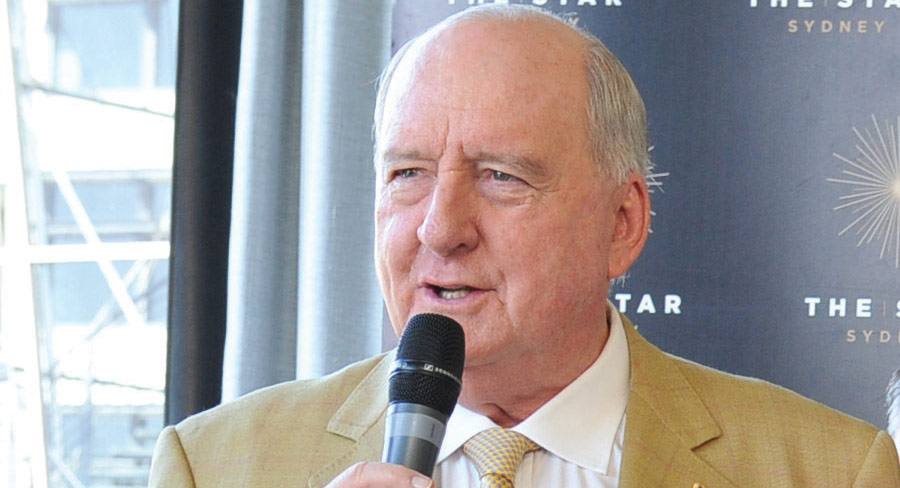 The business has been plagued by legal claims and internal unrest across the year and its financial report includes details of the impact of those claims.

CEO Adam Lang has re-signed both Alan Jones and Ray Hadley in recent months and the business has been unable to significantly grow the audience for the Macquarie Sports Radio stations.

Lang commented: “We recognise that this outcome is disappointing for our shareholders.

“The Macquarie Media strategy is to leverage our market leading audience into a greater financial return. We have executed significant changes to improve customer service to our audience and clients and, ultimately, deliver a better return for our shareholders. This strategy continues to be the primary focus of our daily operations.

“News Talk is the foundation of our strength. The twelve months to 30 June 2019 featured the delivery of sustained audience leadership by our top rating News Talk stations 2GB in Sydney and 3AW in Melbourne. 4BC has earned its best audience results since 2011 and 6PR has proven to be capable of leading the Talk radio audience in Perth. Compared to the previous financial year, the average audience for our News Talk network has grown over 5%.

“Our Macquarie Sports Radio network has evolved continually throughout the financial year to earn the engagement of a new audience of sports fans. In calendar 2019 we have grown the cumulative audience by 64%.” (Survey 1, 2019 v Survey 4, 2019)

Lang paid tribute to the real engine that drives the stations, its sales team, and commented on the outlook: “While advertising conditions remain subdued, we are encouraged by our audience growth, our improving capacity to engage advertisers and our continued drive for efficiencies to deliver a strong return for shareholders in the financial year 2020.”

Disney has lifted the lid on its highly anticipated bundle offering for streaming services Disney+, ESPN+ and ad-supported Hulu, and confirmed that Disney+ will launch in two markets outside the US in November, reports TBI.

Disney boss Bob Iger revealed during the company’s earnings call following the release of its fiscal Q3 results that all three streaming services will be on offer in the US for $12.99 per month.

The exec said the bundle – which has been the subject of much speculation since Disney+ was first announced – will be available from 12 November, when Disney+ is set to launch.

The business revealed earlier this summer that the standalone price for Disney+ is $6.99, while ad-supported Hulu on its own is $5.99 and ESPN+ is $4.99.

“Obviously, we have designs on growing Hulu outside of the United States but no update on that right now,” he said.

Similarly, plans for the international roll-out of Disney+ also remain minimal, though Iger pointed out that the service will launch in two markets in November, when the platform debuts.

Iger said: “I think two actually are going to launch when we launch Disney+ around the same time, and then over the next two to three years, we’re going to roll out a number of other markets.

“A number of those markets are different than the United States. But what they do share – which is very, very important – is an interest in Marvel, Pixar, Disney, National Geographic and Star Wars. So, the product that’s being made for the platforms travels globally, and that’s a big deal.”

New York Times up to 4.7 million subscribers, but profits dip

As digital revenue becomes more central to the newspaper business – and with a small boost from the launch of The Weekly, a television show on FX and Hulu – The New York Times Company on Wednesday reported second-quarter revenue growth of 5.2% compared with the same quarter last year.

Operating profit declined by the same proportion, to US$37.9 million from $40 million a year earlier. Adjusted operating profit, the company’s preferred measure of performance, fell 6.4%, to $55.6 million.

In a statement, Mark Thompson, the company’s chief executive, said the dip in profit was “in large part a result of continued investment into growing our subscription business.”

The number of paid subscriptions, digital and print, reached 4.7 million, a high. Nearly 3.8 million people pay for the publisher’s online products, with the company adding a net total of 197,000 customers for its news, crossword and cooking apps during the quarter, a sharp increase from the 109,000 subscriptions added in the same period in 2018. Of those subscribers, 131,000 came for the digital news product.

In advertising, past trends held. Digital advertising revenue rose 13.7% year over year, while print advertising dropped 8%. Even so, in absolute terms, print ads brought in slightly more money than digital ads during the second quarter, $62.7 million versus $58 million – a sign that ads on paper remain lucrative.

Banks turn to Bauer: Campaign to stop seniors being exploited

The campaign, Stop Elder Financial Abuse, has been launched in Sydney as newly released research reveals almost 6 in 10 Australians are worried that someone they know will be the victim of this abuse.

The campaign specifically calls on governments across Australia to act and establish:

• Power of Attorney laws, which are the same across the country and protect people from this kind of abuse.
• A National Power of Attorney (POA) register to check if POA documents are legitimate and current.
• Somewhere to report abuse in each state that can investigate and act.

All of Bauer Media’s brands have united and are supporting the push to stop the abuse through a $1 million advertising campaign – Australian Women’s Weekly, Harper’s Bazaar, Elle, Woman’s Day, Bauer’s homes titles, such as Australian House and Garden, through to its motoring titles plus Take 5 and TV Week.

Sarah Maree, born and raised in Melbourne, returns to her hometown to join Triple M. Currently she co-hosts the breakfast show on K-Rock Geelong, and prior to that was on-air at Fox and Nova. 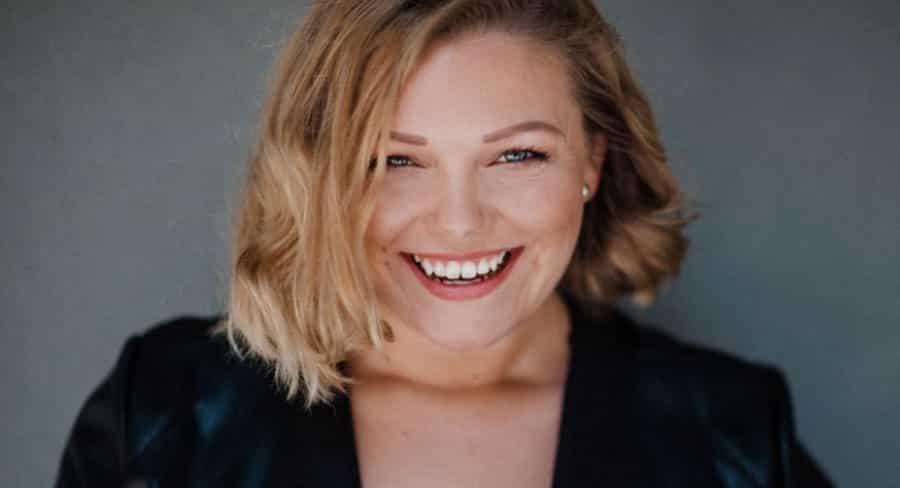 Sarah Maree said: “To be joining the legendary Triple M, the station I grew up listening to, feels surreal. I can’t wait to be closer to family and friends and my beloved Richmond Tigers.”

Sarah Maree will commence with Triple M in early September.

How long will it be until an Aussie reality show ends in tragedy? Asks News Corp’s Colin Vickery.

Aussie networks and producers insist they take their duty of care seriously and that counselling is available for reality TV participants.

But the real pressure comes when filming has finished and the show airs. By then it usually publicists who are left to deal with the emotional fallout on contestants.

The networks will also say that they are just giving viewers what they want. The more hyped-up the drama is, the more people want to watch.

With so much fierce competition between the networks in the 7.30pm reality show space, ethics are likely to get blurred and lines are bound to get crossed.

Now is the time for members of the Aussie television industry as well as viewers to ask themselves whether reality shows have gone too far.

We need to think deeply about the mental health impact on those taking part. If we don’t and tragedy strikes we will all have blood on our hands.

‘Setting contestants up to fail’: The Block 2019 has crossed a line

The Block is one of Australia’s most enduring reality TV franchises, with its first ever blockbuster series launching back in 2003, writes news.com.au’s Alex Carlton.

It was and remains a huge hit. The show’s debut on Sunday was the number one non-news program in Australia this week.

But by the time you’re kicking off season 15, which is what we’re watching now, the pressure is on to switch things up to keep your audience interested.

Unfortunately, this year it looks like the trick producers have chosen to keep viewers invested in the veteran format is that reality TV stalwart that almost every show resorts to eventually: outright sadism.

The Block isn’t meant to be the kind of entertainment that panders to our sick primal desire to revel in the suffering and humiliation of strangers. That’s why we have Married At First Sight.

A reality show contestant broke down on radio as he described how appearing on the TV program ruined his life, reports news.com.au’s Andrew Bucklow.

The show the man appeared on wasn’t revealed during the interview on Adelaide Mix 102.3’s Jodie & Soda, but news.com.au understands it’s a reality show that ran for more than eight years on Australian TV.

During the explosive interview, the former contestant detailed his horrific experience on the reality show and compared it to being in prison.

“We were unable to listen to any radio or TV or talk to anyone,” he said.

He added that he was allowed to make one phone call on Christmas Day to his family but said that a producer listened in on the conversation.

The former contestant told the radio hosts that he had access to a psychologist while he was on the show but suspects that confidential details from his sessions were passed onto producers.

“I really do think that the main part of the psychologist on the show was to talk to the producers to get what they wanted and reactions out of us, rather than supporting us,” he said.

Under normal circumstances, this would simply be seen as the return of a show that was a success first time around. In 2017, when the feelgood interview program That Time Next Year, about people pledging to transform their lives premiered, it was greeted with enthusiasm, writes The Age’s Debi Enker.

But these are not normal circumstances and the second season could be viewed as one of the biggest risks of the year. When this local version of an English format debuted, its host, Karl Stefanovic, was one of Nine’s shiniest stars and the long-time co-host of the Today show had well-known aspirations towards prime-time.

But Stefanovic’s circumstances changed dramatically and very publicly. His Today show co-host, Lisa Wilkinson, departed amid a blaze of publicity in 2017. His 21-year marriage disintegrated and he was soon photographed enjoying the good life on a yacht with his new girlfriend. This was followed by their engagement and a big fat Mexican wedding, after which Stefanovic’s position at Today was terminated.

Through 2018, the morning show’s ratings slumped, with audience ambivalence about Stefanovic cited as a contributing factor. In the midst of all that came “Ubergate”, when he was recorded in a private conversation with his brother, sniping at his colleagues and bosses.

David Morrow nominated for the NRL Hall Of Fame

The NRL has announced a list of nominees for the newly-created Broadcast Media and Print Media categories of their Hall of Fame. 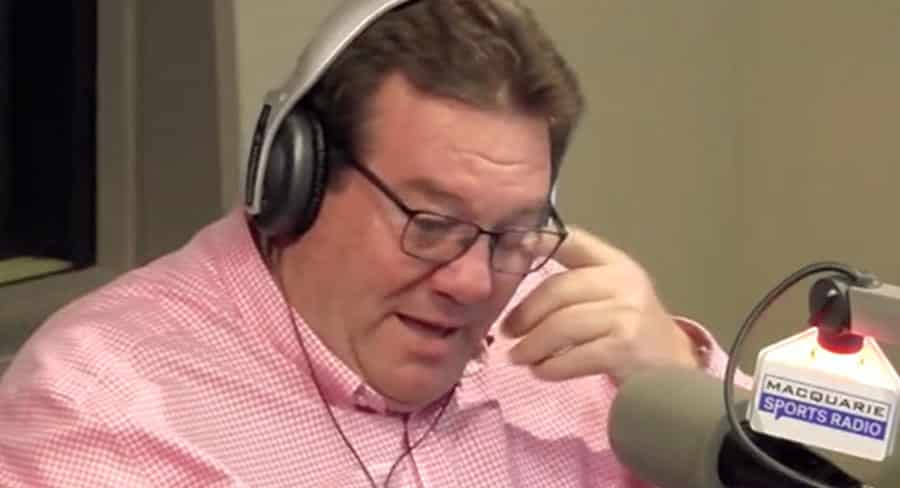 His passion has always been rugby league – covering the game on radio and television for 30 years, with Macquarie Media since 2015.

MML chief executive Adam Lang said: “We are delighted that David Morrow has been recognised in such a way by the NRL History Committee. David is an extraordinary broadcast talent. His knowledge of all sports – big and small, regional and rural, local and international – is second-to-none. His live sports coverage is exemplary, providing listeners with exciting and accurate descriptions of ball-by-ball action, whatever the sport. He is loved and respected by our listeners and clients, right across Australia. In radio, as in sport, you always want to pick your strongest players – and in our team, David Morrow would always be among the first picked.”

David Morrow said: “When I received a message last night, I dead-set thought it was a gee-up! I have been around the game of rugby league for a while, but never, ever, did I think that I would be nominated for something like this, especially in the company of Ray Warren, Frank Hyde, Rex Mossop and the great George Lovejoy. It is a very humbling experience.”

Top Photo: An emotional David Morrow on learning of his nomination