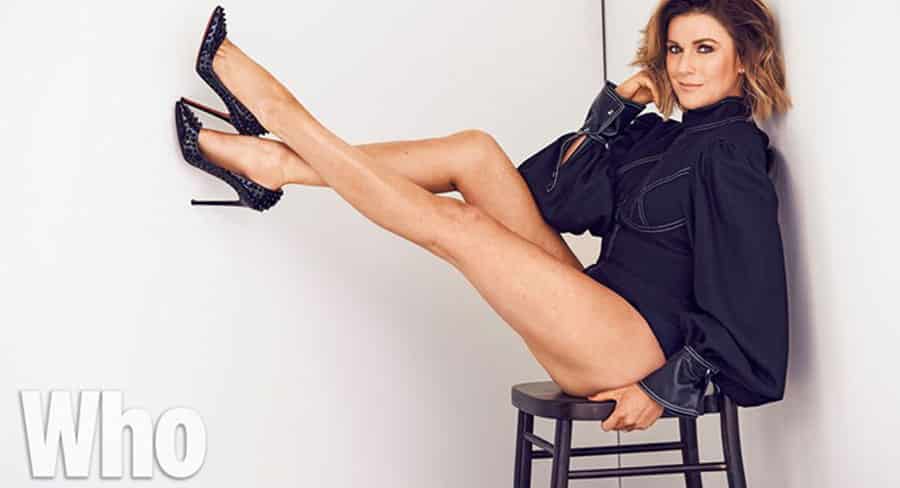 TPG Telecom has given a taste of what will happen next week in the much anticipated Federal Court case challenging the competition regulator’s ban on TPG’s $15 billion merger with Vodafone Australia, reports The AFR’s Tony Boyd.

The case, which is being heard by competition specialist, Justice John Middleton, is a test of the Australian Competition and Consumer Commission’s ’s new approach to merger approvals.

Every ACCC decision about a merger considers the counter-factual position to the merger not going ahead. But until now the ACCC made assumptions about future market structures without introducing the concept of “potential” competitors.

TPG’s results confirmed the profit squeeze caused by NBN was severe in the year to July 31. Gross profit in the consumer segment declined by $62.6 million. This was partly offset by $20.8 million in lower employment and overhead costs.

By Tuesday, Marks and his long-serving head of investor relations Nola Hodgson (of UBS pedigree) were jetting offshore on their planned full-year results roadshow to talk up the $3.4bn Nine post-merger story to international investors.

That’s left Marks reading reaction to his partisan party from afar as his flustered executive team deals with the fallout back home.

One of those executives is Nine’s new chief financial officer Paul Koppelman, who kicked off the next phase of his bean counting career on Monday.

Disney’s upcoming Disney+ streaming service will reach 82 million subscribers worldwide by 2024, according to a forecast from Digital TV Research, reports The Hollywood Reporter.

“Netflix’s dominance of global SVOD is falling, although the company will add 79 million subs between 2018 and 2024 to take its total to 219 million,” it said in its report.

Simon Murray, principal analyst at Digital TV Research, highlighted: “This comes despite the onslaught from new global players.” Netflix has invested in local productions in various parts of the world as foreign markets have become a key driver of user growth for the streaming giant.

Amazon Prime will in 2024 rank second with 127 million subscribers, with Apple reaching 13 million, the firm projected.

In terms of SVOD revenue though, Disney will rank ahead of Amazon, according to its forecast. Netflix’s revenue will more than double from $15 billion in 2018 to $35 billion in 2024 despite subscriptions only climbing by 57 percent, predicts Digital TV Research. It sees Disney+ generating $7.4 billion in revenue by 2024, ahead of Amazon’s estimated $6.0 billion.

Netflix will account for 23 percent of the global SVOD subscriber total, Amazon Prime for 13 percent, Disney+ for 8 percent and Apple for 1 percent, according to the report.

Scott Morrison has rebuffed media organisations and legal experts who are concerned about press freedom in Australia, declaring there were enough protections for whistleblowers and the role of a robust media was not under threat, reports The Australian’s Greg Brown.

The Prime Minister said the Australian Federal Police was “just doing their job” in raiding the Canberra home of Australian Signals Directorate officer Cameron Gill, who is married to Australia’s ambassador to Iraq, Joanne Loundes.

The AFP has refused to say whether the raid was related to the investigation into News Corp Australia journalist Annika Smethurst, who reported leaked material suggesting the ASD was, for the first time, considering surveilling Australians. When asked if there were enough protections for whistleblowers, Morrison said: “Yes”.

Charlie Teo responds to SMH accusing him of inappropriate conduct

Neurosurgeon Charlie Teo has responded to a newspaper report on Thursday accusing him of inappropriate conduct and attacking his professionalism, reports The Australian.

“I am incredibly surprised and tremendously disappointed by the article published today,’’ he said in a statement posted on his website.

“Particularly disturbing was the evident lack of legitimate research, the use of nameless sources, the staggering number of inaccuracies and ultimate failure to provide a fair and balanced story.”

Beloved TV presenter Kylie Gillies has lifted the lid on how she remains in jaw-dropping shape at 52 in a new interview and sizzling photoshoot for Who magazine, reports News Corp.

The Morning Show co-host of more than 12 years and mum-of-two told the publication she’s proud of her age and will never attempt to hide it.

“I’m at a stage in my life where I feel quite comfortable in my own skin,” she said.

“For every extra line or crow’s foot … guess what? It comes with a bonus offer … of extra knowledge, empathy, wisdom.”

She also shared what her “day on a plate” looks like, revealing she was exercising hard for six weeks to prepare herself for the sexy underwear shoot in which her long, toned legs and sculpted arms are showcased. 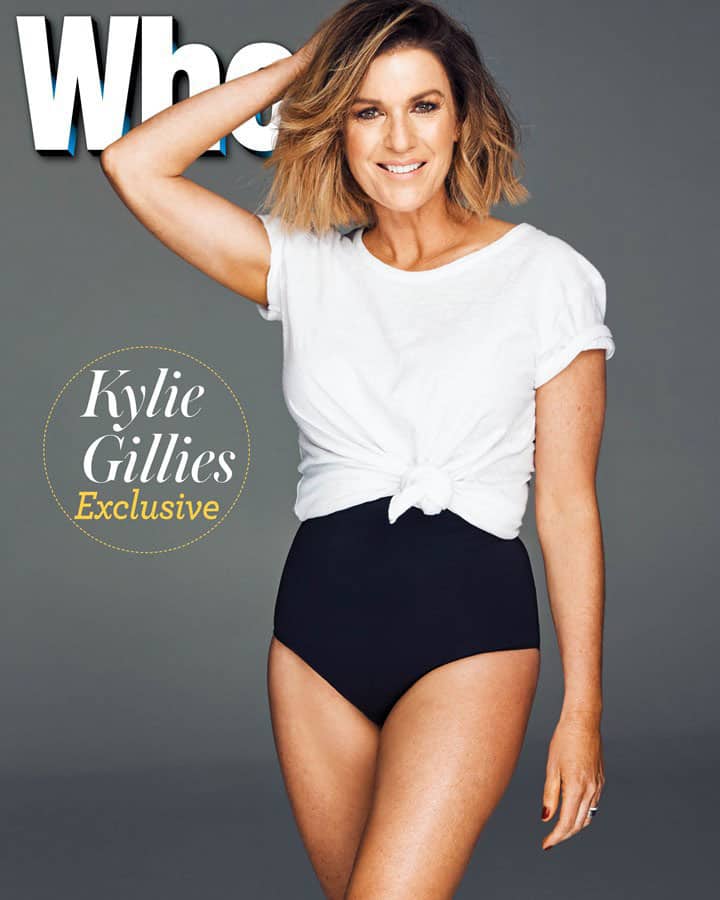 Visit Who to read about its Kylie Gillies cover shoot.

Wonder World ran on 10 from 1979 until 1987. Screening five afternoons a week, it employed 17 reporters over its life span, producing some 8000 stories and nearly 2000 episodes. 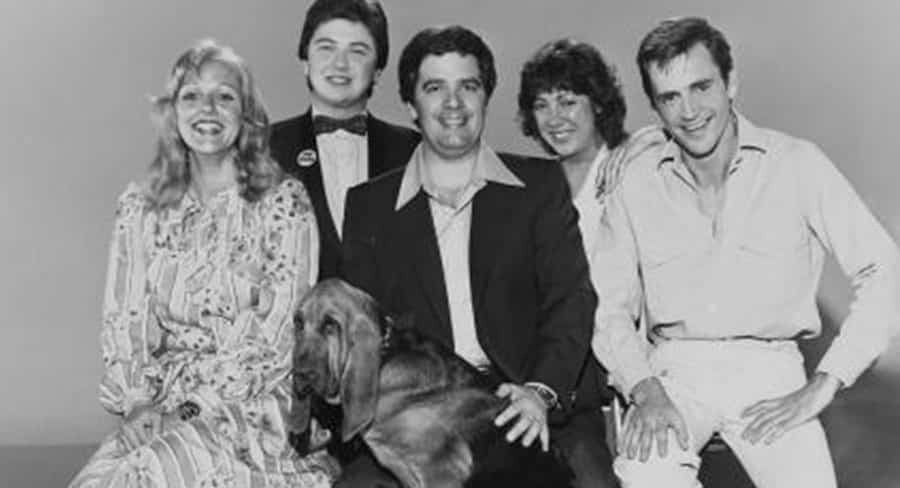 Townsend had worked as a newspaper reporter, and had been conscientious objector against the Vietnam War, before he met A Current Affair host and producer Mike Willesee at a dinner party.

“I liked him a lot. He invited me in for a talk and on the basis of one interview he said, ‘When do you want to start?’ I said, ‘Right now!’” he recalls.

These days Townsend is retired and has endured his share of health battles.

“I’m very well but a couple of years ago I suffered five strokes. I don’t walk very well, sometimes with a wheelchair or a stick. But I feel very well.”

And once a storyteller, always a storyteller…. News and Current Affairs are still his preferred viewing habit.

“I watch a fair bit of Foxtel and still, five nights a week I watch A Current Affair.

“Sometimes I think, ‘We did that story years ago!’”

Start a tour of the archive here.

The Face is back in print – Dua Lipa, Harry Styles among cover stars

The first print issue of The Face, which is back after a 15-year hiatus, will hit UK newsstands on Friday. It will feature four big names from the world of music on its inaugural covers: flamenco-pop star Rosalia, US rapper Tyler, the Creator; former One Direction star Harry Styles and British-Albanian singer Dua Lipa, reports The Guardian.

Given The Face was originally a music mag “first and foremost”, according to the editor, Stuart Brumfitt, he wanted to relaunch with music covers. But it felt right not to have just one star. “We didn’t feel like right now there was necessarily one person who defined the moment for us. We just like the fact that pop music is having this incredible moment and there’s such a great range of characters.”

Bringing back such a cultural titan, which at its peak sold 70,000 copies a month, is a big task, but Brumfitt is “just excited really, not daunted at all”. Having launched the website in April, the team have had, he says, “a good few months of finding out what kind of content we want to create and what kind of stories we wanted to tell, what kind of images we like”.

The magazine’s 24-year run came to a complicated end in 2004 and there have been questions raised about the wisdom of relaunching the magazine at all, but specifically about relaunching a print publication in a digital age. Brumfitt, however, has no qualms: “I just think a magazine like it needs to exist.”

The NRL is on the verge of securing the legendary Tina Turner to once again become the face, voice and big spiky hair of the game, reports The Sydney Morning Herald’s Tina Turner.

Next season will mark 30 years since Turner’s “Simply the Best” became rugby league’s enduring anthem, and it can be revealed NRL powerbrokers are in serious talks with her long-time manager, Roger Davies, about getting the party started again.

If the deal is done, it’s expected that Turner will record voiceovers and feature in an extravagant marketing campaign to celebrate the anniversary.

The NRL hopes she will come to Australia at some point, although that is unlikely. Turner, 79, is fiercely private and rarely makes public appearances.