New Daily, sports media could miss out under digital code

Publishers such as AFL Media and NRL Media and The New Daily could be ineligible to receive payments from Google and Facebook under a newly proposed code, because of the way news media businesses will be classified, reports The Sydney Morning Herald’s Zoe Samios.

The Australian Competition and Consumer Commission has proposed four requirements that companies must meet to be able to participate in negotiations with tech giants and receive compensation for news content. Eligibility is based on the amount of revenue a company makes, the type of content they publish, the size of local audiences and the standards that they uphold.

Publishers such as Bauer Media (owner of Woman’s Day, New Idea and WHO), which predominantly produce stories about entertainment could also be ineligible under a separate ‘content test’.

“The industry needs a clear commitment that the quota suspension period will not be extended beyond 2020,” Carnell said. “The government should also ensure mandatory Australian-made quotas apply to all other streaming services.”

With production halted by the pandemic, the government suspended this year’s quota requirements for Australian drama, children’s and documentary content on free-to-air and subscription television as an emergency measure in April.

Fox Corp has reported a fall in quarterly earnings and overall revenues, as the owner of Fox News Channel and Fox Entertainment recorded lower advertising revenue amid the coronavirus pandemic, reports The Hollywood Reporter.

Fox – which, after Rupert Murdoch agreed to sell most of 21st Century Fox to Walt Disney for $71 billion, became a stand-alone company mostly focused on news and sports – reported net income of US$145 million for the latest quarter, compared with $465 million in the year-ago period.

Fox also reported advertising revenue of $712 million during the fourth quarter, down 22 percent from a year-earlier $918 million. The media conglomerate was hit by a TV advertising downturn as sports leagues went dark, with the delayed Major League Baseball and NASCAR live events only recently returning.

Advertising revenue during the fourth quarter was underpinned by political revenues at Fox TV stations. Fox earlier forecast local TV station advertising during the latest quarter would be down sharply, compared to year-earlier levels, as marketing budgets for major brands had collapsed.

“Fox delivered strong results for the fourth quarter and full fiscal year, even in spite of the unprecedented environment in which we all continue to operate, underscoring the strength of our brands and content offering. We continue to expand the way audiences interact and connect with our brands while simultaneously diversifying and enhancing our revenue base,” Fox Corp. CEO Lachlan Murdoch said in a statement.

The law of contempt, which has resulted in journalists and federal MPs being hauled before the Supreme Court of Victoria to face possible criminal charges, should be clearer and fairer and a higher bar set for prosecutions, an inquiry has found, reports The Australian’s Nicola Berkovic.

In a long-awaited report the Victorian Law Reform Commission has recommended that contempt-of-court laws should be set in legislation so people know what behaviour will be punished and what penalties they could face. The reforms would also give a voice to victims of sexual offences by allowing media organisations to identify them if they are adults and consent in writing.

The recommended legal changes to contempt laws come after dozens of journalists and media organisations were charged with contempt of court over ­reporting relating to Cardinal George Pell’s conviction on sexual abuse charges. The charges have been referred to mediation.

The report said a new proposed contempt of court act should state that it was not a contempt of court to publish material that could negatively impact on legal proceedings if this was outweighed by the public interest in the publication, including the effect on freedom of expression and the principle of open justice.

As a media organisation that tries, however imperfectly, every day to help our readers understand their world based on objective reporting, the Herald therefore welcomes two recent moves on defamation law and digital rights which could benefit us and other mainstream media organisations, comments an editorial in The Sydney Morning Herald.

While defamation law is necessary to protect reputations from malicious accusations, Australia’s laws are among the harshest in the world with the balance often set against free speech and a tradition of cases resulting in enormous damages. The record was set last year when The Daily Telegraph was ordered to pay $2.9 million to the actor Geoffrey Rush.

Under national changes agreed last week, however, the formula for awarding damages for non-economic loss will be changed in a way that will likely reduce the amount of damages that can be awarded. Perhaps more importantly, there will be a new broad defence for publishers where the defendant reasonably believes they were acting in the public interest.

Much will depend on how judges, who have a record of scepticism toward the media, interpret the new provisions.

It’s every television reporter’s worst nightmare to be caught out during a cross, reports News Corp’s Jackie Epstein.

That’s what happened to Channel 9 reporter Lana Murphy on the 4pm bulletin on Tuesday.

As she did a piece to camera in windy conditions Murphy stumbled mid-sentence and said the word f**k before muttering “my hair” and stroking it back. 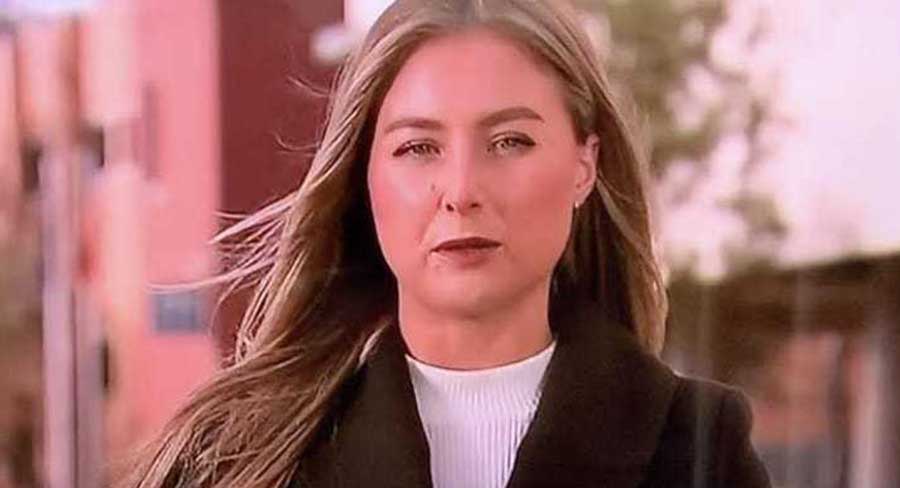 Newsreader Alicia Loxley looked surprised but calmly moved on after the gaffe.

Later in the bulletin Loxley apologised.

“We’d like to apologise for an earlier report which inadvertently included some bad language,” she said.

“Clearly this should have not gone to air, and we are sorry for the mistake.”

The host of ABC’s 7.30 Leigh Sales is in self-isolation after she woke up feeling unwell and decided to seek out a coronavirus test, reports news.com.au’s Phoebe Loomes.

“I woke up this morning unfortunately with a bit of a sore throat and a tiny bit of a runny nose,” Sales said in a video shared on Twitter.

“And so I’m doing the right thing, I’m at the COVID testing clinic at RPA to get checked and I’ll be going straight home to self isolate.”

Her ABC program 7.30 was due to be broadcast last night from her home.

“We’ve had gear set up there that I’ve learned to use in the eventuality that something like this would happen.

“I feel fine so I will just work from home until I get my test results back.”

Sales urged anyone who felt unwell to “do the right thing” and seek out a coronavirus test.

Scott Cummings has made a low-key return to the airwaves, reports the Herald Sun.

Cummings, who played for Essendon, Collingwood, West Coast and Port Adelaide and claimed the 1999 Coleman Medal, appeared on SEN radio on Monday night in a special comments role.

He filled a similar role for the broadcast of Richmond’s clash against Brisbane.

His return comes 12 months after making “disgusting” and “reprehensible” comments on a podcast.

He was swiftly sacked by 3AW in the wake of the incident, and was stood down by Crocmedia, which is overseen by Craig Hutchison, where he had served in various radio roles and on Footy WA.

In August last year Cummings said he felt “crook in the guts” about the comments and he realised he needed to educate himself after the fallout that followed.

“I am disappointed in myself. At the time I didn’t see that they were demeaning,” he said on Fox Footy’s Open Mike.