Facebook has rejected demands to share advertising revenue with local media organisations, and threatened to remove news from its platform if it is forced to, reports The Australian’s Lilly Vitorovich.

It was “not healthy nor sustainable to expect that two private companies, Facebook and Google, (would be) solely responsible for supporting a public good and solving the challenges faced by the Australian media industry”, it told the Australian Competition & Consumer Commission.

Facebook said even “if there were no news content available on Facebook in Australia, we are confident the impact on Facebook’s community metrics and revenues in Australia would not be significant”.

“News content is highly substitutable and most users do not come to Facebook with the intention of viewing news,” the submission reads.

Hunter will head up an existing local team of around 25 staff and is poised to kick off a hiring spree.

The surge in popularity of short video social network TikTok is promising to bring back the lost art of the catchy advertising jingle for the modern era, reports The AFR’s Natasha Gillezeau.

Where going viral on Twitter relies on the written word, and Instagram is an unabashedly visual platform, the current wave of social media pioneered by the Chinese company has an undeniably sonic element.

After buying British powered music start-up Jukedeck last year that uses artificial intelligence to compose its own music, TikTok is now looking to hire an Australian head of music as brands look to associate their products with viral content.

One team at the cutting edge of new musical paradigms and writing catchy earworms is Sydney-based Uncanny Valley, comprised of producer and strategist Caroline Pegram, head of music and innovation Charlton Hill, and composer and sonic technologist Justin Shave.

Industry bodies and awards organisers are handling their response to COVID-19 in different ways. In Australia the radio industry has cancelled its ACRA Awards for 2020, as has TV Week cancelled the Logie Awards this year.

Other events have found ways around public gatherings with the SA Media Awards holding a virtual event last weekend and paying tribute to workers in the sector.

In the US it was announced on Monday that the next Academy Awards have been moved from late February to Sunday April 25. The eligibility period for movies has been extended from January 1, 2020 to February 28, 2021 because of delayed movie openings because of COVID-19. The nominations announcement for the next awards will be held on Monday March 15, 2021.

An Australian Communications and Media Authority (ACMA) investigation has found radio station Triple M 105.1 Central West breached decency rules for comments made by Ray Hadley in which he allegedly made threats of physical assault against a social media user.

The ACMA investigated a complaint about a broadcast of The Ray Hadley Morning Show on Triple M 105.1 Central West, which aired in May 2019. During the broadcast, Mr Hadley made the comments about an unnamed individual who had allegedly made a remark about Hadley’s granddaughter.

Hadley’s language included terms such as ‘you flea’, ‘you low-life dog’ and inferred that if members of his family could locate the individual they would ‘be drinking through a straw for a long, long time’.

ACMA chair Nerida O’Loughlin said the comments were not appropriate for public radio broadcasting in Australia.

“The ACMA recognises that Mr Hadley was being defensive of his granddaughter, however it is not appropriate for him to use his position as a public broadcaster to direct threatening comments towards an individual,” she said.

The ACMA investigation found the comments breached generally accepted standards of decency under the Commercial Radio Code of Practice (2017). This is the first breach of the decency provisions in the Code in relation to The Ray Hadley Morning Show.

The investigation also found there was no breach in relation to comments Hadley made about referring matters relating to a junior football match to the police, and the police commissioner.

In response to the findings, Triple M Central West referred the matter to Nine Radio given the program was produced by Nine Radio’s 2GB. In response, 2GB have counselled Hadley and both 2GB and Triple M 105.1 Central West will ensure its staff legal compliance training will reference the broadcast and breach findings.

Seven has been forced to deny reports The Morning Show is facing the axe due to a supposed ‘decline in advertising revenue’, reports Daily Mail Australia’s Candice Jackson.

The program has been hosted by Larry Emdur and Kylie Gillies since 2007 and is said to be costing the network $10million per year. 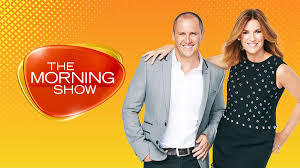 On Monday, Woman’s Day claimed that Seven was considering taking the show off the air as a cost-cutting measure amid the COVID-19 recession.

“The Morning Show has been a dominant market leader for well over a decade. Advertisers are justifiably queuing up to get on the program,” he said.

After Seven’s denial, Woman’s Day removed the offending article from its website.

Kevin Roberts is set to lose his job as chief executive at Cricket Australia, reports The Australian’s Peter Lalor.

The 48-year-old’s fate will be sealed at a board meeting in the next 24 hours and an interim will be appointed.

Members of the Cricket Australia board held an emergency meeting on Sunday and plans are being put in place to ensure a smooth hand over.

Roberts has been criticised from all areas over his handling of the financial crisis that has rocked the game and the board has grown increasingly concerned about his performance.

There is no doubt sponsors will find it harder to invest in the game, but big-ticket items are in place and broadcasters will find less solid ground to argue for any discounts in the manner of the ones conceded by the football codes because matches — apart from a couple of ODIs — have not been lost.

Cricket looks set to deliver on its contract to provide both the Seven Network and Fox Sports with an international summer and the Big Bash Leagues.

After a near three-month break, A-League players will return to training this week without any certainty the season they are hoping to resume will be televised, reports The Sydney Morn9ng Herald’s Dominic Bossi.

Football Federation Australia is finalising a revised draw, with games beginning by mid-July, but whether Fox Sports will broadcast the remaining games is still unknown, despite it being contracted to do so.

Lengthy discussions between FFA, clubs and the players’ union over player payments, scheduling, safety and security concluded over the weekend, paving the way for the final 32 games, including finals, to be wrapped up by August 31.

Despite all players returning to training this week after COVID-19 testing, there is still no certainty about broadcast arrangements.

Fox Sports paid the final quarterly instalment for the 2019/20 season and remains the broadcast partner of the A-League until 2023 but has not indicated its plans for the final 32 games, according to FFA.

Fans hungry for their first taste of football in nearly 12 weeks warmly welcomed the AFL back, with almost 5.8 million tuning in across round two. That figure – based on OzTAM data – equates to a 1.8 million bump on last year’s average of 3.969 million per regular-season round.

Thursday and Friday night’s prime-time blockbusters propped up the result. Collingwood and Richmond’s dour 36-all draw attracted a national audience of 1.643m across free-to-air and subscription channels, while Geelong’s 61-point blowout of Hawthorn had 1.278m viewers.

Essendon’s six-point win over Sydney was the next highest-rated match with 876,000, with the one-sided Port Adelaide-Adelaide showdown also attracting 690,000 nationally.

Those matches were broadcast live into most or all five major metro markets on free-to-air television.

Is this the man to fill Bruce McAvaney’s shoes at Seven?

In a remarkably short space of time, Matt Hill has established himself as one of the finest racecallers this country has heard, reports News Corp’s Jon Anderson.

But could we see Hill, 34, follow the lead of a former calling great in Bill Collins by spreading his wings as a broadcaster into other sports?

And in doing so land himself in the pole position to one day inherit the large shoes of Bruce McAvaney at Channel 7.

Word has it that Hill wants to call some AFL games when his busy race-calling schedule allows, and certainly there are increased opportunities during the COVID-19 AFL fixture.

He isn’t an AFL novice, having called matches when he worked with the ABC

While Hill’s name is now associated with racing, he has already called at five Olympic Games (summer and winter) plus Australian Open tennis.

As for Seven, the broadcaster last year went well down the path in negotiations with Gerard Whateley. But that deal fell over very late when Tim Worner announced his surprise resignation in August and Whateley remained in his role as co-host of Fox Footy’s AFL 360.