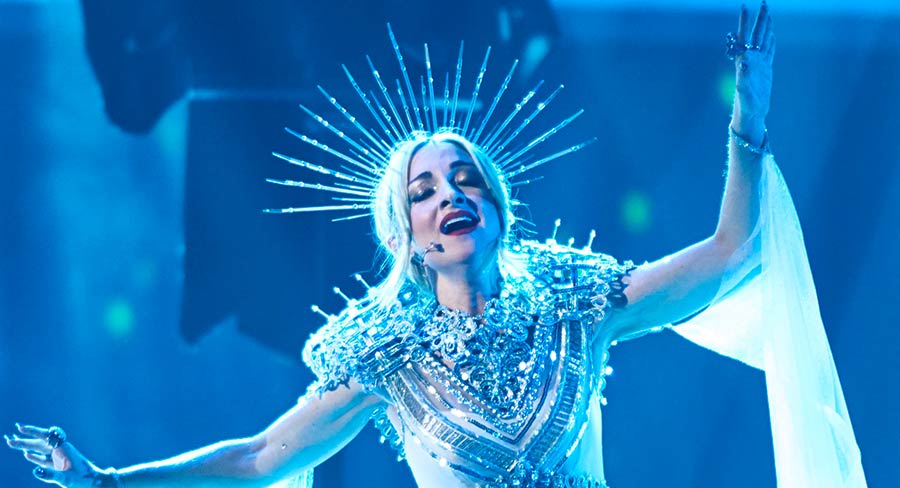 Sensis has taken aim at Darrell Lea after the chocolate company imitated its iconic “Not happy, Jan” advertisement and has called for the new ad to be taken off the air, reports News Corp’s Alex White.

The original creators of the iconic “Not happy, Jan” advertisement are unhappy with Darrell Lea for ripping off the idea in its latest TV advertising campaign.

Sensis, which was responsible for the Yellow Pages “Not happy, Jan” ad in 2000, has issued a cease and desist letter to chocolate maker Darrell Lea for their new campaign, which began airing this week.

The latest remake of the ad made by the chocolate company replaces the iconic last line with “No worries, Jan” and features a large block of chocolate on screen.

“However, it has been used without our consultation or approval. To see the Yellow Pages brand, which is iconic and trusted by many Australians, and our beloved character Jan, used by another company for commercial gain is a total shock to us and our customers.”

Darrell Lee has indicated it will be cancelling the ads.

The share price of the company that owns the Daily Mail has risen more than 9% after a strong performance from Mail Online more than offset a decline in newspaper advertising revenues, reports The Guardian.

Daily Mail and General Trust (DMGT) reported a 25% year-on-year increase in ad revenues to £76m at Mail Online in the six months to the end of March, a period in which print ad revenues fell 12% to £57m at the Daily Mail and Mail on Sunday.

Mail Online has bounced back after revenue growth dropped to 2% during the first half of last year, following a move by Facebook to deprioritise news appearing on users’ timelines.

Revenues at the Daily Mail and Mail on Sunday, including income from newspaper sales, fell 5% to £208m.

Mail Online’s performance helped push the revenues of the combined print and online DMGT businesses up 1% to £284m. The Metro reported a 12% rise in ad revenues to £41m, benefiting from the integration of its previously standalone advertising operation into that of its stable mates.

The shares of both Viacom and CBS Corp. were trading up midday Thursday in the US following a report that the companies are set to resume merger talks in June, reports The Hollywood Reporter.

Viacom’s stock got the biggest boost from the news.

Chatter about a long-discussed merger between the two entertainment companies, both majority owned by controlling shareholder National Amusements, was renewed in April after CBS said it would suspend its search for a permanent leader to replace ousted CEO Leslie Moonves and, instead, extend its contract with interim CEO Joseph Ianniello. Observers speculated that Ianniello would shepherd CBS through the merger before making way for Viacom CEO Bob Bakish to run the combined company.

On Thursday morning, CNBC reported that the two companies plan to begin merger discussion in mid-June with Bakish the likely candidate to run the business.

‘We were collateral damage,’ says Ashleigh Raper of #MeToo

ABC reporter Ashleigh Raper believes she benefited and suffered from the #MeToo movement, claiming she and many other women were “collateral damage” in the ousting of high profile men, reports Future Women’s editor Emily Brooks in an item republished in The Sydney Morning Herald.

Hosting an event and panel discussion in Sydney for Future Women, Raper spoke publicly for the first time after she was unmasked as the reporter at the centre of an incident leading to the resignation of former NSW Labor leader Luke Foley in October 2018, although he denies the allegations.

“This is an event I never wanted to be invited to,” she said. “Yet here I am… I know I’m here because I’m Ashleigh Raper, the ABC reporter who was groped. And that fact sits very uncomfortably with me.

The ABC was the first FTA broadcaster with a comprehensive catch-up and streaming platform – iview. Now the manager, iview and internet broadcasting at Australian Broadcasting Corporation, Sally O’Donoghue is leaving her role.

She revealed the news on Twitter, reports TV Tonight.

“My time at the ABC has ended. The past eight years building #iview and the teams shaping it have been among the most rewarding years of my career so far. It’s been a great privilege to have worked with such dedicated, talented and interesting people, helping to provide a service enjoyed by so many Australians,” she wrote.

“To (Mark Scott) the finest leader I’ve ever been inspired by, (Rebecca Heap) the most energetic and talented exec I’ve ever worked with, and @bruceyeah, for the longest and strongest work partnership I’ve ever enjoyed, my particular thanks and admiration.”

This week he enjoyed a small celebration with wife Jackie and close friends, including Peter Hitchener.

Smith began at Nine’s “Television City” in 1964 and has been part of the family for 55 years, but he started out with ABC Radio in Melbourne.

At various stages, he has been the voice of the network, a variety show regular on In Melbourne Tonight, The Graham Kennedy Show, The Ernie Sigley Show, The Don Lane Show, the sound of Sale of the Century, ‘Mr. Copperart’ a genial warm-up host and a pal to The Late Show team.

The 2019 Eurovision Song Contest (ESC), the world’s biggest live music event, was seen by 182 million viewers across 40 markets, reports the European Broadcasting Union. Included in that total are YouTube views.

The Grand Final achieved, on average, a one percentage point higher TV audience share year on year of 36.7% – more than double the average prime-time viewing share for the same group of channels (16.7%).

In the winning country, the Netherlands, the ESC delivered its largest audience for NPO/AVROTROS since 2014. An average of 4.5 million viewers watched the Grand Final, accounting for 73.4% of TV viewing in the country.

Host broadcaster KAN’s audience for the Grand Final was up 24% on 2018, with 1.3 million viewers tuning in. This made it the country’s biggest ESC audience since it last hosted in 1999, accounting for 63.2% of TV viewing in Israel.

RAI in Italy delivered its second-best audience since re-joining the Contest in 2011 with 3.4 million viewers, up 5% on 2018.

Iceland continues to deliver the largest viewing share of any market at 98.4%. With the country making it to the Grand Final for the first time since 2014, RUV enjoyed their best viewing share in 5 years (98.6% in 2014).

Switzerland also made it to the Grand Final for the first time in 5 years. RTS, RSI and SRF more than doubled their audience year on year. The German speaking part of the country delivered its best audience since 2006 with 0.7 million viewers watching, accounting for 49.6% of viewing.

In the UK, an audience of 7.7m were watching.

Online, the Eurovision Song Contest had 40 million unique viewers on YouTube from 225 territories, during the week of the event.

BetEasy exclusive on Kayo Sports with statistics and previews

The Australian bookmaker majority-owned by Canada’s The Stars Group said the deal would see it become the exclusive wagering partner of Kayo.

“Kayo is at the forefront of improving Australians’ consumption of sport in this new digital age,” BetEasy chief executive Matt Tripp said.

BetEasy, which includes the combined assets of the former CrownBet and William Hill Australia, has been aggressively bulking up its exclusive sport content for customers. It is the official wagering partner of the NBA and AFL, and has a streaming deal with Sky Racing.

It is understood that through the Kayo partnership, BetEasy would look to deliver more engaging and tailored content to its customers, including statistics and previews.

Watching Adam Goodes film was like a punch to the face

As the current chair of the Indigenous Player Alliance I was privileged to see the Adam Goodes documentary, The Final Quarter, at the Indigenous All Stars Summit in February, writes Des Headland in The Sydney Morning Herald.

The film was introduced by the director, Ian Darling, and the AFL’s Tanya Hosch, who organised the screening for about 50 players who were in Adelaide.

As the documentary rolled, the emotion in me started to rise up. It was like a punch to the face.

I know football has been a vehicle for many great things in our society, but it is also where issues like racism have been laid bare, and this film about the last three years of the career of the great Adam Goodes touched a very raw spot for me.

Port Adelaide’s move into China has grown beyond expectations

Port Adelaide’s move into China has grown beyond expectations to have the AFL seeing the same vision.

Five years ago Port president David Koch saw opportunity in China. As the Power prepares for its third game in Shanghai, the AFL is fully behind the strategy that has exceeded expectations, reports The Advertiser’s Michelangelo Rucci.

The AFL and Port Adelaide are opening an office in Shanghai with three staff – two for the league and one for the Power – to advance Australian football’s search for new markets, new television partners and new commercial returns to invest in the sport’s grassroots at home.

Port Adelaide on Sunday will play its third AFL match for premiership points in Shanghai. This time the opponent is Victorian rival St Kilda – that is carrying the Victorian State government’s flag to connect with Victoria’s biggest trade partner – rather than Gold Coast. The Saints are committed to being the Power’s rival for the next three years.

Koch measures the success of the “China Strategy” in the $6 million added to Port Adelaide’s financial books. This is 10% of the Power’s $60 million annual revenue – and money he is certain could not have been found in a crowded and ultra-competitive Australian market where Port Adelaide has to work against 17 AFL rivals in a limited economy.