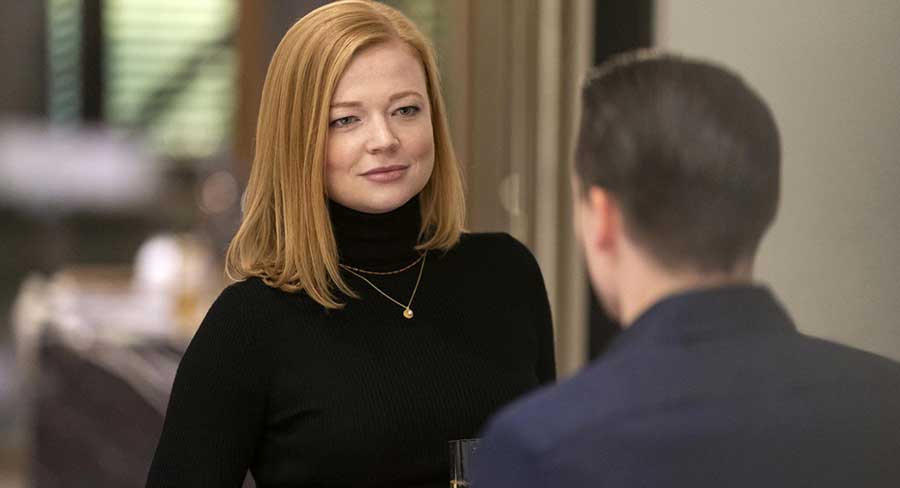 Producers of musicals, festivals and other events will be encouraged to find innovative ways to connect with audiences during the pandemic in a $75m federal “restart” program intended to boost activity and employment in the creative sector, reports The Australian’s Matthew Westwood.

Arts Minister Paul Fletcher on Tuesday will release guidelines for the restart investment to sustain and expand (RISE) grants to help producers adapt in a COVID-safe environment.

Applications for the RISE fund, and for a $35m arts sustainability fund for at-risk subsidised companies, will open on August 31 but grants are not likely to be awarded until late October.

The RISE program offers grants of between $75,000 and $2m to help companies present performances, exhibitions and tours in a COVID-safe environment, or help them shift to online delivery.

The underwritten offer is expected to raise total gross proceeds of $65.5 million based on an offer price of $1.23 per share. This values the company at a total enterprise value of $157.6 million with an indicative market capitalisation of $177.4 million. Approximately $30.0 million of the gross proceeds will be raised through the issue of new shares by the company with the balance via a secondary offer of shares by existing Ai-Media shareholders.

Founded in Sydney, Australia in 2003, Ai-Media is a global media access provider, utilising its technology platform to make content available for all through live and recorded captioning, transcription, subtitles, translation and speech analytics services. Ai-Media has developed a cloud-based captioning, transcription and translations platform that utilises a combination of artificial intelligence, machine learning and human intelligence to convert speech to text and has established itself as a global technology business across its three business lines of Live Broadcast, Live Enterprise and Recorded content. 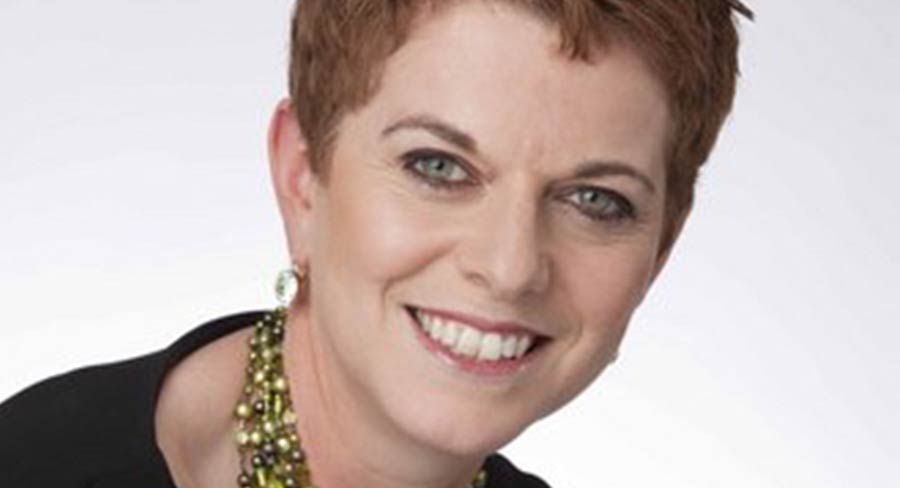 Ai-Media chair Deanne Weir (pictured) said: “From its local foundations, Ai-Media has developed into a global success story in the growing market it operates in. The IPO provides us with a great opportunity to leverage our success to deliver strong ongoing growth, particularly offshore, and continue to invest in product innovation and our technology platform to provide a wider range of services for our customers. I am thrilled to have the opportunity to welcome new investors to Ai-Media, to share in our future success and join us in our mission to make the world a better place by providing access for all.” 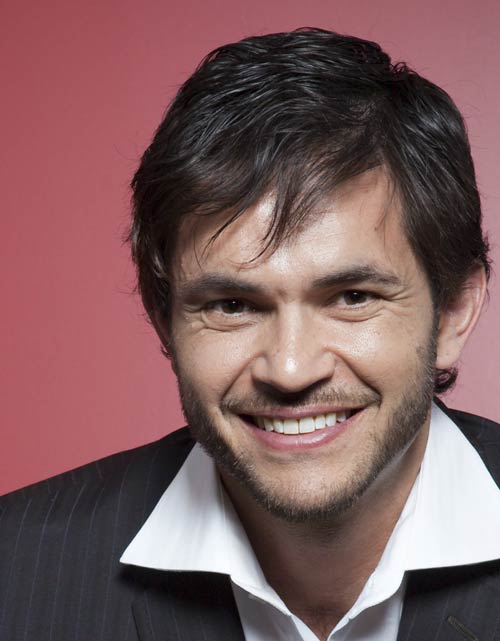 Tony Abrahams (pictured), Ai-Media CEO and co-founder, said: “Ai-Media was founded with the goal of providing equal opportunity for the deaf and hard-of-hearing community in viewing recorded television media. While today we have broadened our initial mission and target audience, this philosophy still drives our business as we continue to advocate for inclusion through technology and social innovation. I am particularly excited about welcoming members of our community, through our retail offer, to share in the pursuit of our goals across the global market.”

The offer will remain open until September 3 with shares expected to begin trading on September 15.

Microsoft’s TikTok deal: bargain of the decade or a $50bn blunder?

As the clock ticks on Microsoft’s fast-track talks to buy TikTok the jury is out on whether it marks a unique opportunity to become a global social media giant overnight, or a US$50bn geopolitically fuelled business blunder, reports The Guardian.

Donald Trump’s trade war with China has forced ByteDance, the privately owned Beijing-based parent of the video-sharing site TikTok, to pursue a sale of its US business after the president signed an executive order last week that could shut it down on 15 September.

TikTok has proved to be a social media juggernaut, drawing hundreds of millions of users, most of whom are in the advertiser hotspot of 12 to 24 years old, to short videos from creators including the singer Doja Cat, Charli D’Amelio and illusionist Zach King.

ByteDance has reportedly forecast that the three-year-old TikTok’s revenues will grow from $1bn this year to $6bn by the end of 2021.

The surprise forced sale opportunity has pro-Microsoft analysts in rapture at the possibility of a bargain price for a social media business still in the foothills of potential growth.

Jimmy Lai: the Hong Kong media tycoon not afraid to take on Beijing

Lai, often referred to as the Rupert Murdoch of Asia, is one of the few Hong Kong business leaders willing to criticise Beijing.

He fled mainland China for Hong Kong at the age of 12, where he worked in sweatshops and learned English. He reportedly became politicised and a critic of Beijing after the 1989 Tiananmen Square massacre.

In Hong Kong, the self-made entrepreneur founded the Giordano clothing brand before turning to journalism, establishing Next media and founding Apple Daily in 1995. The newspaper has grown into one of Hong Kong’s biggest daily tabloids and, like Lai, is unashamedly pro-democracy.

Nine waiting on Ellen investigation before any decision in Australia

Ellen de Generes may be great clickbait right now, but reports of her show’s demise in Australia are a tad premature, reports TV Tonight.

Nine is still awaiting the outcome of an investigation by Warner Media around allegations of a ‘toxic’ workplace on The Ellen De Generes Show, and there are still decisions to be made around production of the next season.

Yesterday reports emerged the show could be axed in Australia.

Nine programming director Hamish Turner says there were unrelated reasons that episodes of the home isolation edition have not been screening.

“They went to basically a clip version of the show at home. She wasn’t producing any content, so under the deal, we didn’t have to take them,” he tells TV Tonight.

“Do we have rights beyond this year? The answer that is no.

“But we’ll wait to hear from Warner Brothers as to the results of their internal inquiry, because at the moment, they haven’t even come forward with what the show is, or when it might go back into production.”

In one sense, this has been a difficult period for Fox News: a star anchor fired after being accused of sexual harassment, a lawsuit depicting a misogynist workplace, a top writer exposed as a racist internet troll, advertiser boycotts and outrage after Tucker Carlson called protesters “criminal mobs” and questioned the patriotism of a senator who lost her legs in Iraq, reports The New York Times.

In another sense, business has never been better.

In June and July, Fox News was the highest-rated US television channel in the prime-time hours of 8pm to 11pm. Not just on cable. Not just among news networks. All of television. The average live Fox News viewership in those hours outstripped cable rivals like CNN, MSNBC and ESPN as well as broadcast networks ABC, CBS and NBC, according to Nielsen. 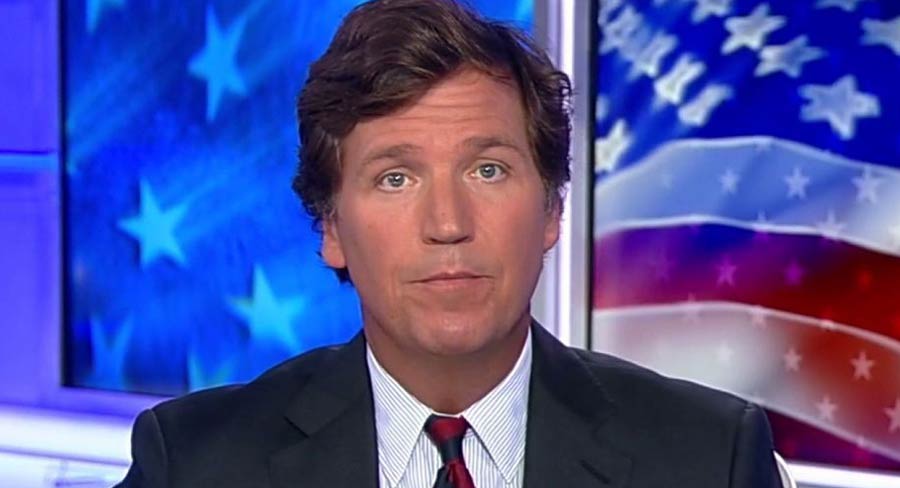 That three-hour slot is a narrow but significant slice of TV real estate, and it is exceedingly rare for a basic cable channel to outrank the big three broadcasters, which are available in more households and offer a wider variety of programming.

But the Fox News ratings also demonstrate the size and resilience of America’s audience for pro-Donald Trump opinion and the loyalty of Fox News viewers who shrug off the controversies that routinely swirl around the network.

Succession star Sarah Snook on next season and Aussie lockdown

On July 28, Sarah Snook was taking a nap when her friend snatched the pillow off her face and woke her up by asking, “Did you know that you’ve been nominated for an Emmy?” reports The Hollywood Reporter.

It took the Succession star, who has been sheltering at home in her native Australia amid the pandemic, a few seconds to understand that she’d been nominated for her first-ever Emmy for playing the calculating Shiv Roy, one of the next generation of a Murdoch-like media dynasty in the HBO drama, which racked up a total of 18 nominations that morning. “It was nice to have someone to celebrate with,” she says of the friend she’s staying with who delivered the good news. “If I had been in lockdown by myself, I’d be like, ‘Is this actually even real?’ ”

You were about to start shooting the third season in New York when the pandemic hit. Were you already in the States by then?

I had taken six weeks to go see family and friends – to see my sister in Papua New Guinea and go on a surf trip. The whole thing sort of blew up while I was here, and it was just easier for me to stay because we weren’t shooting anymore until further notice.

Do you know if showrunner Jesse Armstrong is rewriting any of the scripts to make the season more filmable during the pandemic?

Yeah, I mean, in the way that I think every other show is. Just for safety reasons, we’re going to have to look at how many extras are in a scene, for instance. But Jesse is a person who doesn’t really want to compromise what stories they want to tell as writers just for the pandemic. They’re obviously talented writers, so there will be a very delicate hand on how much is included, but we’re not trying to make a show about a wealthy family during a pandemic.

Rugby Australia’s revolutionary broadcast package has reignited interest from Optus, with the telco set to land the rights to the XV-man code in a stunning coup, reports News Corp’s Jamie Pandaram.

Fox Sports is set to bid for club rugby only, after RA announced broadcasters could pick and choose content from their new package for 2021-25.

News Corp Australia understands the new deal will involve Optus and Network Ten screening Wallabies Tests and Super Rugby, although there is some disagreement between them regarding the finer details.

Sources said a bid from Optus would have to be around the $15 million to $20 million mark.

Fox Sports, having broadcast Super Rugby since its inception 25 years ago, has long held frustration with the diminishing rugby audience, particularly for Super Rugby, however want to retain some content for their pay television and Kayo streaming customers.