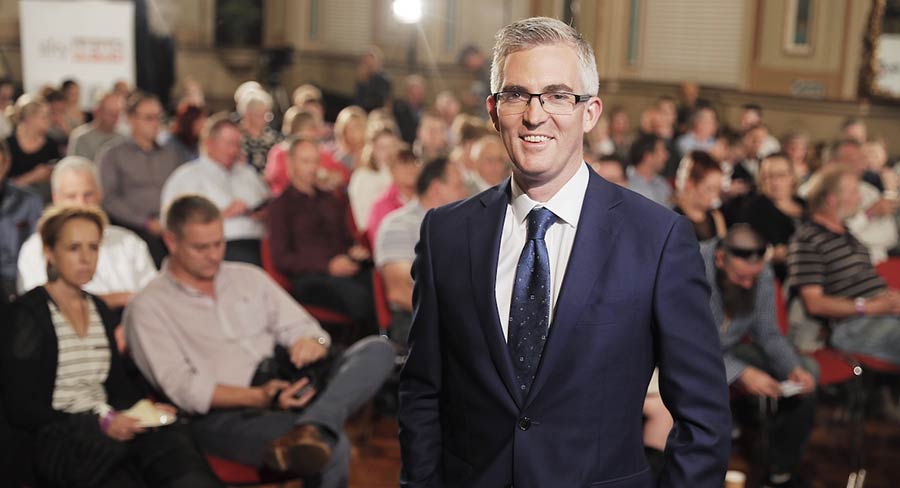 Lawson will have a remit to grow the $24.9 million in revenue, which Spotify ANZ made from ads on its free tier in calendar 2018, up only slightly from $24.3 million in 2017, according to documents lodged with the corporate regulator.

Lawson, who will start at Spotify ANZ on June 24, previously ran jobs board CareerOne and business development for Yahoo!7. She will report to Spotify’s global head of markets Cecilia Qvist. Speaking at the AGM yesterday, QMS chief executive Barclay Nettlefold was upbeat about continued growth of the business as it expands beyond out-of-home.

“The past six months has seen the business evolve to take advantage of exciting growth opportunities and to ensure that we have the right structure in place for sustained long-term shareholder value creation,” Nettlefold told shareholders.

“Whilst our business has evolved, our fundamental focus remains on providing premium quality assets that drive financial and operational performance.

“During the six months to 31 December 2018, our diversified quality portfolio continued to deliver solid revenue growth.”

Nettlefold continued: “Delivering on our strategic plan across our three business segments, underpinned by our quality digital portfolio and proprietary data and analytics platform, we continue to build an industry leading portfolio for growth.

“Taking a more detailed look at each of our three business segments; QMS Australia is thriving, and continues to grow its reputation in the market, characterised by its asset quality, strength of sales team and deep customer relationships.

“In December, we announced a transformational strategic development for QMS New Zealand with its proposed merger with MediaWorks, creating the leading multi-media provider across four platforms: out-of- home, radio, TV and digital. This strategic opportunity will result in a very powerful media combination, providing what we believe will be an unrivalled destination for advertisers to not only build brands, but maximise audience reach throughout New Zealand.

“Reconfirming the terms of the deal, QMS will hold a 40% shareholding in the expanded MediaWorks business. MediaWorks yesterday released its results for FY18 and reported growth in group revenue of approximately $5 million to $305 million and an increase in Group EBITDA of 14.8% to $24.8 million, up $3.2 million on FY17.

“Their targeted strategy to attract the desirable 25-54 year old audience is working;

• Channel 3 is now the number one TV channel for this audience across peak viewing, overtaking TVNZ1 and TVNZ2; and
• Radio represents the top 6 music stations by share for 25-54 year olds.

“This is a positive result in a challenged and disrupted media landscape. Our focus now remains on successfully completing the merger and realising the full growth and potential that the combined capabilities will deliver for the Group.

“QMS Sport’s revenue was $13.1 million for the six months to 31 December 2018, with an underlying EBITDA loss of $(0.3) million. This result reflects the investment made in sport technology and rights during the period, ahead of the strong revenue and earnings contribution expected this year and beyond.

“Our three defined business segments of QMS Australia, QMS New Zealand and QMS Sport – sets us apart from our peers and differentiates us given our attractive growth opportunities.

“The out of home industry continues to be a leading growth sector within the media landscape and our strong business in QMS Australia, is well positioned for continued growth.” 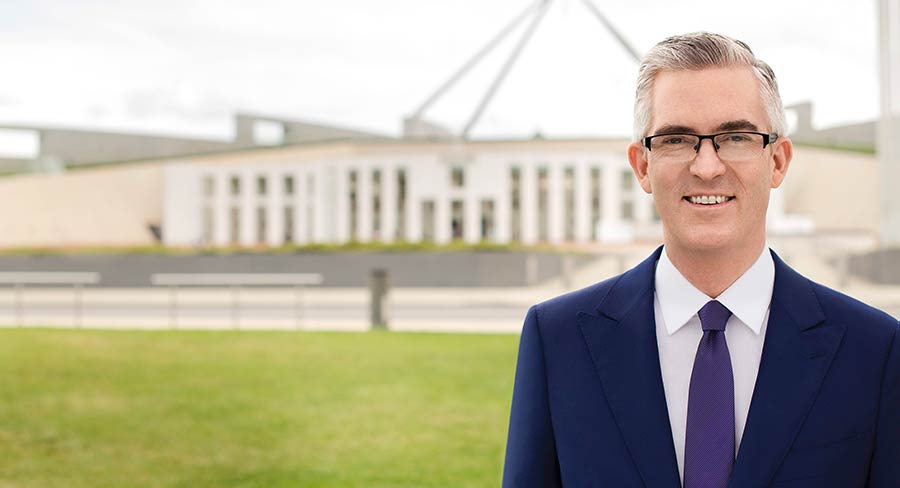 Last Saturday night ABC News was the #1 destination for Australians following the fortunes of the political parties following the closure of the polling booths. The ABC TV coverage was hosted by Leigh Sales and featured an all-star team of ABC contributors.

That team of broadcasters looks like it will be even stronger come the next state or federal election the broadcaster covers with news that Sky News political editor David Speers is leaving Sky News and heading to the ABC where one of his duties will be taking over hosting duties on Insiders, replacing Barrie Cassidy who steps down next month.

When reports of Speers’ appointment surfaced in a report from Amanda Meade at Guardian Australia on Thursday, new colleagues of the next host of Insiders were quick to congratulate and welcome Speers to the broadcaster.

Cassidy said of his replacement: “Real coup for the ABC.” He later added it was still speculation ahead of official ABC confirmation.

Nine’s Chris Uhlmann said: “I hear my friend and professional rival David Speers is joining the ABC. He is, without doubt, one of the best in the business. The national broadcaster is lucky to have him and I look forward to many years of good-spirited competition. Congratulations mate.”

Cassidy had a segment on ABC News Breakfast this morning. He referenced he only had a handful of programs left to host, and was then asked about his replacement. Cassidy and the hosts praised the journalism of Amanda Meade and then Cassidy confirmed the appointment of Speers: “He’ll be there…eventually.”

Actor Geoffrey Rush has been awarded almost $2 million in lost earnings, bringing the total payout from his defamation battle with The Daily Telegraph to almost $2.9 million, reports The AFR’s Michael Pelly.

Federal Court judge Michael Wigney approved an agreement between the parties on Thursday, when it was revealed the Pirates of the Caribbean star had initially offered to settle the case for $50,000 and a front-page apology.

Rush will receive $1.98 million for economic loss, which tops up the $850,000 in non-economic loss that Justice Wigney ordered the paper to pay on April 11 for publishing allegations of inappropriate behaviour with a fellow actor in 2015-16. He was also awarded more than $42,000 in interest on that sum.

While the Telegraph will now proceed with it appeal against the judgment, the $1.98 million agreement will not be challenged. It avoids the Rebel Wilson scenario, under which the actress lost all but $600,000 of her $4.75 million judgment on appeal because there was insufficient evidence of lost earnings.

While the latest figure was reached by agreement, Nationwide News has launched an appeal against Justice Wigney’s decision rejecting their defence of truth and delivering a comprehensive victory to Rush.

It wants an appeal bench to enter judgment in its favour – which would mean the total damages figure would be overturned – or order that there be a retrial before a new judge.

Pressing the pause button: No more political polling at SMH & The Age

In the wash-up from last Saturday’s federal election questions are rightly being asked about how all the major public polling companies failed to predict the Morrison government’s victory, writes Tory Maguire, the national editor of The Sydney Morning Herald and The Age.

Many months before the election, so therefore not influenced by the polls’ failure, we agreed that we would reassess our arrangements after May 18. From this week we have no ongoing contract with Ipsos or any other polling company.

This is not to say we will never poll again. As chief political correspondent David Crowe says, accurate polling can be an invaluable reality check when journalists are faced with relentless spinning by political parties, interest groups and think tanks.

However, we have a responsibility to put our finite reporting resources into journalism that best serves our readers.

If we do decide to continue publishing polls in the future perhaps we should reconsider the way we report them. After all, polls are even at their very best just a snapshot of a small section of voters at a specific time and place, not a crystal ball.

It will take months for us to work out what we’re going to do at the Herald and The Age. And our decision will take into account what explanation the pollsters can deliver as they work out where they went wrong. 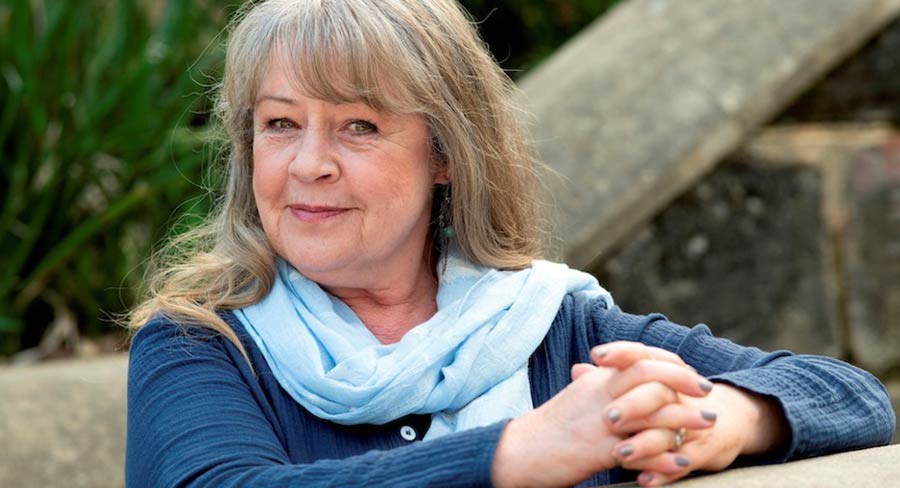 In a new SBS documentary series Every Family Has A Secret, six Australians discover the truth about their family’s past, confronting the secrets that have shaped them. Dark pasts, lies and half-truths are revealed, and lives are changed forever. Whether it is the ill deeds of parents or revelations of unexpected family members, Every Family has a Secret shocks, surprises and delights.

Over three episodes, celebrated actor Noni Hazlehurst will meet six Australians who are grappling with a family secret. Participants will travel around the world uncovering powerful truths about themselves, their families and Australia.

SBS director of TV and online content Marshall Heald said: “Every Family Has A Secret explores the family relationships and secrets that divide a household, introducing us to a diverse group of Australians who are seeking closure on their past. The series is full of shocks and surprises, but it’s also heartfelt and heart-warming. Noni Hazlehurst is one of Australia’s most iconic personalities, and in her role as presenter she brings her trademark elegance and warmth to the show. We are thrilled to be bringing this series to our audiences.”

From Taiwan to Romania and beyond, six Australians will discover the truth behind a gripping family secret.

Intimate secrets are unearthed, estranged family members are reunited and lives are forever changed in the emotional and confronting new series.

The three-part series is produced by Artemis Media for SBS, with funding from Screen Australia and Screenwest.

Every Family Has A Secret premieres at 7.30pm Tuesday 25 June, and will air over three weeks.

It is a long trip from suburban Brisbane to Los Angeles and London, but that’s the road Trent Dalton is on after striking a deal to turn his debut novel Boy Swallows Universe into a global television drama, reports The Australian’s Stephen Romei.

Fittingly, Dalton will have beside him another Australian who has already made the same journey. Born in Blacktown, in Sydney’s west, award-winning actor, writer and director Joel Edgerton has signed on as a producer.

Dalton, a feature writer on The Australian, will be executive producer. His involvement with the script has yet to be decided. “That’s the next step: talking to writers, including me,’’ he said. 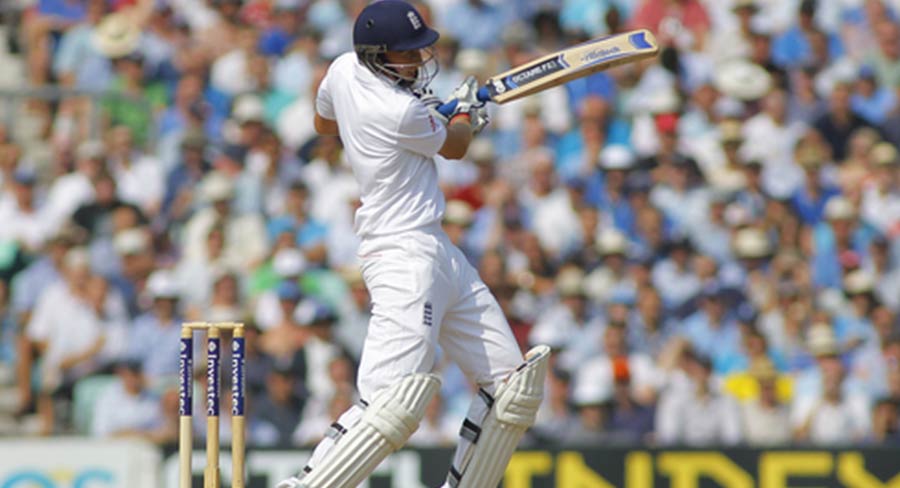 Cricket is returning to Nine next week, with the World Cup and then The Ashes hosted by Wide World of Sports on Nine, 9GEM, and available for streaming on 9Now.

The Women’s Ashes series commences on July 2 when the reigning champions, Australia, led by superstars Alyssa Healy, Meg Lanning and Ellyse Perry, head into enemy territory as the number one team in the world. This innovative series will include one test match, three ODIs, and three T20 contests to decide the ultimate victor.

Following this, the Australian men’s cricket team defend the iconic urn against England in the five-Test Ashes Series that begins on August 1, live from the UK.