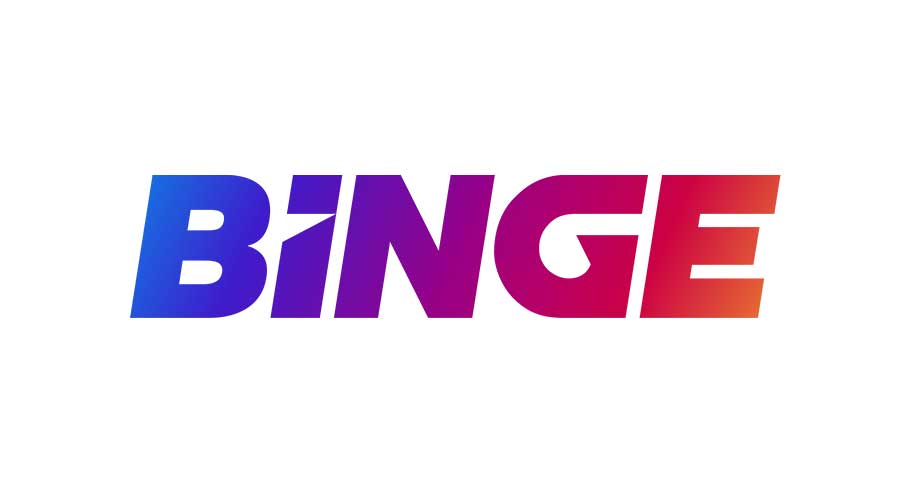 The Commonwealth has entered the fray in Ben Roberts-Smith’s legal battle against Nine newspapers, temporarily preventing the former SAS soldier from revealing whether he will be affected by an independent inquiry into alleged war crimes in Afghanistan, reports The Australian’s Kieran Gair.

The Victoria Cross recipient is suing The Sydney Morning Herald, The Canberra Times, and The Age, in Melbourne, for defamation over articles he claims portray him as a war criminal – an allegation he strenuously denies.

The Federal Court heard on Wednesday that the newspapers had subpoenaed the war veteran over any documents he may have relating to an inquiry into claims Australian Defence Force troops committed war crimes in Afghanistan between 2005 and 2016.

The right-wing activist was grilled about comments she made likening Melbourne’s COVID-19 lockdown to prison and she later complained about her treatment on Twitter.

“Today interviewed DeAnna Lorraine who is a prominent Californian former Republican candidate on her views that Victoria’s COVID-19 are ‘total enslavement’. But as soon as the interview began DeAnna ranted about dangerous conspiracy theories about Coronavirus. Her Skype link coincidentally dropped out and it was too difficult to conduct a measured debate with a patchy line making any discussion impossible,” a spokeswoman said.

The host of ABC TV’s Hard Quiz, Tom Gleeson, last night resigned from his other TV commitment, as a regular on The Weekly with Charlie Pickering. Gleeson hosted the Hard Chat segment on the program.

The announcement came during a special 100th episode of The Weekly. Pickering teased Gleeson’s appearance early in the show, telling viewers Gleeson had a big announcement. 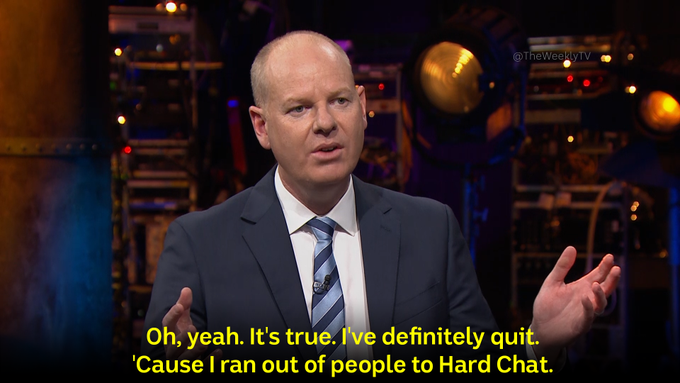 When Gleeson appeared he said this would be his last appearance on The Weekly. Pickering questioned Gleeson and asked if he was serious, as Gleeson had previously announced the end of Hard Quiz, only to later reveal it was a stunt. “Can we trust you Tom?” asked Pickering.

“I have definitely quit,” replied Gleeson. “I have run out of people to Hard Chat on this show. There is no one left.” 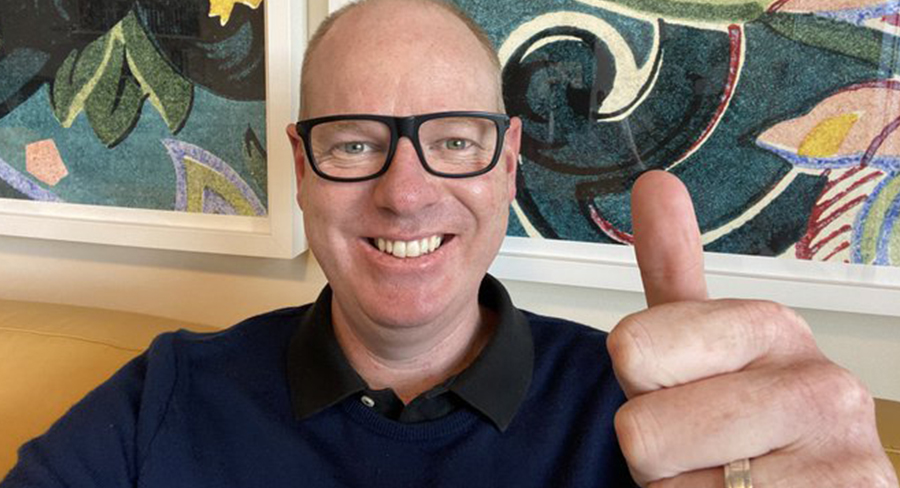 Gleeson added: “On my last episode of The Weekly I am so proud that over our entire time here, I’ve used the ABC to keep the coalition in power the entire time we have been on air. Scott Morrison if you’re watching, you’re welcome!” Gleeson also talked about his other achievements on The Weekly including helping Grant Denyer to win the Gold Logie. He also showed the clip of Sophie Monk talking about The Bachelorette before 10 offered the role.

Charlie Pickering said, “Hard Chat will go down as one of the great segments. Tom Gleeson…I’m very sad to see you go, but I have to say what a joy it has been for 100 episodes over six years. Making this show with you has been an absolute pleasure.”

US actor Leah Remini has blasted Channel Seven as “p—ies” and “spineless” for spiking a planned 10-part investigative series on the Church Of Scientology, reports News Corp’s Nui Te Koha.

Remini, an actress and author who starred in the hit sitcoms The King Of Queens and Kevin Can Wait, alongside leading man Kevin James, was interviewed for the Seven News series, Scientology Black Ops.

However, it is believed the series was thwarted by legal hurdles, and the network could not proceed unless those issues were resolved.

A Seven spokesperson said: “7News adjusted the scheduling of the series of its own volition and due to legal concerns.”

The 10 winners will become the inaugural members of the Binge Club, home to the country’s biggest and best Bingers, and receive a free 12-month Binge standard subscription.

The marketing move will be a source of viewer-generated content. As an official Binger, they winners will get to review and talk about their favourite titles on the platform with a chance to have their reviews published across News Corp publications and Binge channels.

Binge chief marketing officer Louise Crompton said: “Binge has over 10,000 hours of unturnoffable entertainment. It’s the world’s best shows and movies from the world’s best creators. Binge says it’s okay to switch off and escape the world while indulging in an episode of a show you love, and another – in fact we stand for it.

“And now with the Binge Club, we are out to find the country’s biggest Bingers that love content, and love to talk about content. And in return we will share your reviews with Australia as one of our official Bingers – letting people know what to watch, and what’s hot.

Former Gogglebox favourites turned podcasters and binge experts, Adam Densten and Symon Lovett, have made a name for themselves out of watching and talking about TV and say it’s the best job they’ve ever had.

“They always say make your passion your job and you’ll never work a day in your life, so I guess we haven’t worked for a little while,” they said.

“Bingeing is the most time efficient way to watch anything. We’re not sure this is backed by science. But we’re strong advocates.”

The Melbourne Cricket Club remains confident that the AFL grand final will be at the MCG this year despite the exodus of all Victorian clubs to Queensland for the forseeable future and that state’s cheeky claim on the right to host the finale, report The Age’s Greg Baum, Jake Niall, Scott Spits and Peter Ryan.

AFL boss Gillon McLachlan confirmed on Wednesday that Victorian clubs would relocate to Queensland for up to 10 weeks and potentially the remainder of the home-and-away season.

He thanked Queensland premier Annastacia Palaszczuk for her government’s assistance in allowing the Victorian clubs to base themselves in the state subject to the strict protocols. Palaszczuk said she told McLachlan that “if the season is based here – then the grand final should be played here too!”

Not so fast, said MCC chief executive Stuart Fox. “The AFL grand final is many weeks away and as both the Victorian sports minister [Martin Pakula] and AFL CEO have said this afternoon, there is every intention for the match to be played at the MCG,” Fox said.

Seven Victorian teams will be in Queensland next week while others roll through Perth following Collingwood and Geelong.

Melbourne will move to Queensland after playing Hawthorn at Giants Stadium on Sunday, but the Hawks are slated to remain in Sydney until after round eight and then fly straight to Perth for three games.

McLachlan stressed this redeployment was for the home-and-away season and a decision about the grand final would need to wait.

Queensland will become the new home of the AFL – and the nation’s sporting capital – with all 10 Victorian clubs set to relocate to the Sunshine State for the rest of the season, report News Corp’s Jeremy Pierce and Domanii Cameron.

Every Victorian and NSW-based Supercars racing team will also relocate to Queensland from next week, while the NRL is prepared to follow suit if the current coronavirus situation in Sydney continues to worsen.

In a coup worth an estimated $30 million to the state’s ailing tourism industry, the Queensland government has allowed the AFL to base Victorian teams here for the next 10 weeks and will fight hard for the rights to the grand final, one of the biggest events on the Australian sporting calendar.

With the NRL’s Melbourne Storm already based on the Sunshine Coast, it means Queensland will be home to at least 18 of the country’s top football teams over the coming months – more if the NRL and soccer’s A-League join the rush.

Seven Supercars teams from southern states will arrive in Queensland next week to establish their own hubs, while NRL Acting CEO Andrew Abdo yesterday said ‘nothing was off the table’ to keep the season on track.