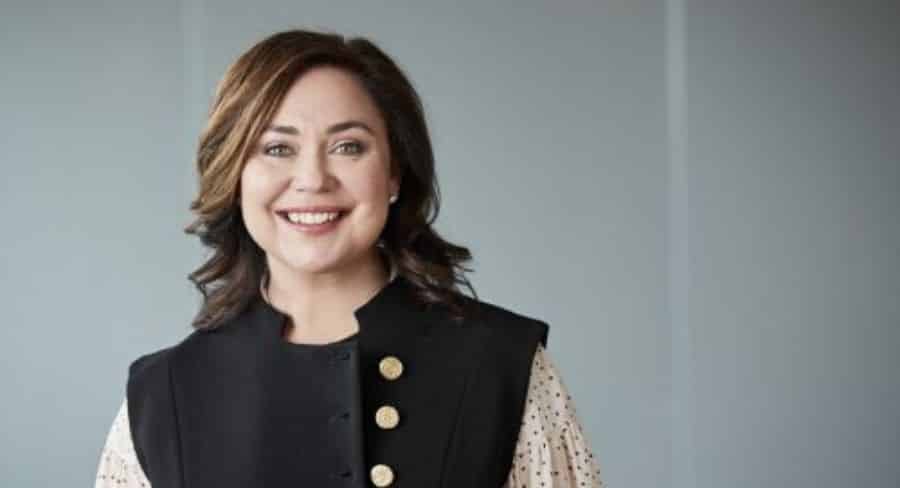 Buttrose said, “As the national broadcaster, it is vital that the ABC reflects and listens to the Australian public. Nicole’s passion for consumer interests will ensure that the Advisory Council is an effective advocate for the ABC’s diverse audiences. Under her leadership the Council will serve as an important conduit between the ABC Board and the Australian community.

“Nicole’s extensive knowledge of the media and digital technologies, most recently at News Corp, and her experience at Australia Post building strong connections with regional communities will stand her in good stead understanding the needs and expectations of the ABC audience.”

Sheffield is accountable for delivering key customer channels at Australia Post, including Australia’s largest retail network with over 4,300 post offices, the customer contact centre and digital channels. She is also responsible for brand, marketing, community and corporate responsibility. Prior to joining Australia Post, Sheffield held a number of influential leadership roles in print, broadcast and digital media. Most recently, she was the chief digital officer for News Corp Australia.

Right to know: media’s pitch for overhaul of defamation law

The public interest in freedom of expression would be a factor courts have to consider as part of a defence to defamation claims, under changes being pushed by Australia’s media industry, reports The Australian’s Nicola Berkovic.

Politicians, celebrities and other public figures would also have to show publications were false and motivated by malice before they could sue for defamation, as part of the industry’s proposed changes – reflecting the law in the US.

The proposals are outlined in a submission by Australia’s Right to Know coalition of leading media outlets, including News Corp Australia, Nine, the ABC and SBS, to a review of uniform defamation laws by the nation’s attorneys-general.

The submission also argues the law should be further clarified to ensure the current cap of $407,500 should apply to payouts for non-economic loss, regardless of whether aggravated damages are awarded.

For the first time, Google on Monday revealed just how big of an advertising machine YouTube is. The company said that YouTube generated US$15.1 billion in ad revenue in fiscal 2019, including $4.7 billion in the fourth quarter, reports The Hollywood Reporter.

Google disclosed the numbers in its quarterly earnings report, which also included fiscal 2019. Until now, it and parent company Alphabet had folded YouTube’s revenue in with Google.

The disclosure reveals just how big of a business YouTube is. The ad-supported video site, which was founded in 2005 and sold to Google in 2006 for $1.65 billion, has long been viewed as one of Google’s crown jewels, with an enormous share of the ad-supported streaming video market. Netflix, for comparison, had $20.1 billion in revenue in fiscal 2019, almost entirely from subscriptions.

The ABC’s Media Watch is run by religious maniacs, hunting heretics. Last night’s show was one of the most crazed yet from host Paul Barry. [Comments News Corp’s Andrew Bolt in a column responding to Monday night’s Media Watch and its claims about News Corp’s coverage of the bushfires and climate change.]

Paul Barry suggests I should be impressed by the comments of one of Rupert Murdoch’s sons (although not, apparently, by the other):

Actually, what’s extraordinary is that a board member public trashes his own product. An employee would be sacked for that.

All this, remember, is from the national broadcaster, on a program meant to improve journalism, not debase it and abuse those still practicing it.

Reason is dead at the ABC, and hysterics are in charge.

A Current Affair host Tracy Grimshaw has unloaded on one of the program’s former reporters, calling his previous involvement in the show an “embarrassment”, reports news.com.au’s Natalie Wolfe.

During A Current Affair’s story on Tuesday on convicted sex offender and former Hey Dad star Robert Hughes being up for parole, McCormack appeared on screen for a few seconds.

“You may have noticed our former reporter Ben McCormack in that story,” said Grimshaw last night.

“McCormack left this show in disgrace two years ago after pleading guilty to child pornography charges.”

Monday night’s US episode of The Bachelor featured a group date competition where the winner was offered the chance to appear on a future cover of Cosmopolitan magazine. Victoria Fuller ended up winning the Costa Rica fashion shoot competition, which was filmed months ago, and the ABC series showed her and Bachelor Peter Weber posing for Cosmo‘s cameras for an upcoming issue, reports The Hollywood Reporter.

In an editor’s letter titled “Why We’re Not Publishing the Cosmo ‘Bachelor’ Cover,” Pels explained that they pulled the digital cover because Fuller had previously modelled for a “white lives matter”-themed ad campaign.

The conservative US radio talk show host Rush Limbaugh said on his live show on Monday that he had advanced lung cancer, reports The New York Times.

He told listeners that he had noticed some shortness of breath but was not experiencing symptoms at the moment, and that he would continue working but would be absent from the show for a couple of days to undergo testing and determine a treatment plan.

“I can’t help but feel that I’m letting everybody down with this, but the upshot is that I have been diagnosed with advanced lung cancer,” Limbaugh, 69, said during his broadcast. He added that he first realised something was wrong on January 12 and that the diagnosis had been confirmed by two medical institutions on January 20.

In a statement on Monday, Bob Pittman, the chairman of iHeartMedia, and Rich Bressler, the president, called Limbaugh “a colleague and a dear friend.”

“He has developed a deeply personal relationship with his listeners and he intends to remain on the air, being there with his audience,” they said. “We know millions of people nationwide join me and all of iHeart in wishing him a full recovery.”

An Australian performer has made history on America’s Got Talent: The Champions, reports news.com.au’s Andrew Bucklow.

Hans, a self-proclaimed international superstar, sex symbol, accordionist and Berlin boy wonder, has become the first Aussie to make it through to the show’s grand final.

More than seven million viewers in the US tuned in to see Hans perform Bang Bangby Jessie J, Ariana Grande and Nicki Minaj in the semi-final show.

“Straight after AGT I start my brand new show Haus Of Hans: Disco Spektakulär, which is premiering at the Adelaide Fringe Festival in February before heading to the Melbourne Comedy Festival in March with tickets available at www.hansofficial.com (thanks for asking). And there’s also a few big surprises coming up. So it’s safe to say, you won’t be getting rid of me in a hurry. I am like cabaret’s answer to the coronavirus.”

“We were always really cognisant that we were taking an operatic song to Europe. I don’t think that’s what I look for from Australia. They look for innovation, power and passion.

“They associate us with very good singers like Guy Sebastian, Jessica Mauboy and Dami Im. Isaiah came fourth in the jury.

“So we just really wanted to push into a commercial place, but also a place where we could bring a Triple J audience into Eurovision a bit more.”

Winning Eurovision entails all kinds of strategy on top of a killer song. Before they can take on Europe, acts have to win over the Australian audience – both public vote and jury.

Football Federation Australia is staring at a $15 million black hole if Hyundai joins a growing number of sponsors in severing ties with Australian soccer – but a sports marketing expert does not believe the situation represents an existential threat to the code, reports The Sydney Morning Herald’s Vince Rugari.

As new chief executive James Johnson prepares to hit the marketplace, FFA is facing the prospect of losing one of its biggest corporate backers, with the Korean car manufacturer baulking at an extension to their current deal, which expires in June and encompasses the naming rights to the A-League.

It comes after the expiry of deals with NAB, Caltex, Aldi and Harvey Norman, while bet365 is also yet to commit to FFA beyond this season.

It paints a bleak financial picture for the round-ball game, which also faces uncertainty on the broadcast front, with no guarantees that Fox Sports will renew the current $58m per annum deal due to end in 2023.

Why A-League sponsor shake-up is ‘no surprise’ to Bosnich

Australian soccer is bracing for the prospect of losing its biggest sponsor, with Hyundai reportedly set to walk away from a 15-year affiliation with Football Federation Australia, reports 3AW.

But one of Australia’s greatest ever players isn’t panicking about the news.

Mark Bosnich told 3AW Drive he felt it was inevitable on the back of the Lowy family finishing their reign in charge of the A-League.

“I think it was inevitable that sponsors associated with that past would pull the plug,” he said.

AFL media figures Rex Hunt and Mike Sheahan have buried the hatchet on a feud based on a six-year grudge harboured by Hunt, reports News Corp’s Nui Te Koha.

But after the olive branch was extended and accepted, Hunt said: “Having buried the hatchet today, Michael will be at Tobin Brothers making sure I go into the furnace”.

The bizarre peace talks came during an unexpected phone call from Hunt to broadcaster Sam Newman as he taped his podcast, You Can’t Be Serious, with Sheahan and Don Scott.

Hunt’s feud with respected AFL journalist Sheahan exploded last November when he unpacked a six-year-old grudge with Sheahan and unleashed.