Fox Corp executive chairman and CEO Lachlan Murdoch invited The Hollywood Reporter to his Fox office on the West LA lot to discuss his news and sports-heavy strategy and why Fox News talent can’t seem to get along. Here are some highlights:

Many of the top media companies are launching massive streaming services. What will direct-to-consumer mean for New Fox?

We have a very strong D-to-C strategy, but it’s not a platform SVOD strategy. Frankly, we don’t have the entertainment library to support that. But take Fox Sports and what we’re doing on our authenticated streaming apps, where on any given Sunday, we’ll have 135,000 people streaming the NFL through their app.

Family Guy creator Seth MacFarlane has said he’s “embarrassed” to work for Fox. It has to be awkward when valuable creators disagree so strongly with the product at Fox News.

I don’t think it’s awkward at all, actually. We’ve never steered any creator to have a political bent or to influence what they put on our air.

But it’s gotten so nasty at Fox News.

Look, I think unfortunately in this country, there is less and less civil debate, and I think we’re all poorer for it.

In an environment where competitors have such scale, what is the growth strategy for a company like Fox? Is it acquisitions, or can you grow with what you have?

We absolutely can grow with what we have. Fundamentally, the traditional metrics of the business are all incredibly strong. Advertising is very strong. You have subscriber erosion in the satellite universe, but we are compensating for that with the rates. Our season premieres [on Fox] have been terrific, but the broadcast TV audience, it’s shrinking. And with further investment into SVOD, there’s going to be more and more choices. So for us, we focus on live sports, live news.

ABC goes begging as it pays executives and directors $6.1m

ABC’s board and executives were paid almost 70 per cent more over the past year, at the same time as the public broadcaster was forced to cut resources to journalism and programming, reports The Australian’s Lilly Vitorovich.

As the ABC demands more money from the government, its annual report, released on Wednesday, revealed it paid its executives and board directors a total of $6.1m in the year to June 30, up from the $3.6m it paid the executive management team and board in the previous 12 months.

Managing director David Anderson, who took over Michelle Guthrie’s responsibilities, received $1.14m in the 2019 financial year, more than double the $508,891 he received in the previous year. After more than seven months as acting managing director, he was formally appointed to the role on May 3.

The annual report also revealed that the vast majority of its near 3280 workforce is based in NSW. The ABC had 1696 staff in NSW, followed by 495 in Victoria and 333 in Queensland. It had 17 staff abroad.

NIDA has announced the appointment of Liz Hughes (pictured) to the role of CEO effective December 2019.

In recognition of the rapidly transforming performing arts sector, the board has selected a creative arts, and business qualified senior leader who brings experience across cultural programming, media industries, emerging technologies, and industry-linked creative education. 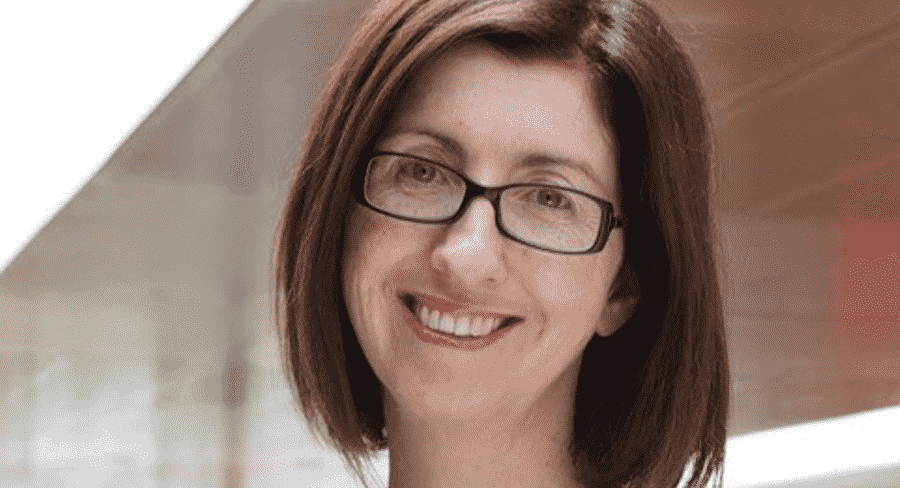 Liz Hughes comes to NIDA from the University of New South Wales as Director Creative Enterprise at UNSW Art and Design. Prior to that position Hughes worked with the Australian Film TV & Radio School (AFTRS) for nine years as Director Partnerships and Development and Director AFTRS Open. Hughes holds an Executive MBA and sits on the board of the Australian Network for Art and Technology.

The Chair of NIDA Noel Staunton said: “NIDA is one of our best export brands when you think of the impact and connections our alumni have gifted Australia. After seven years of leadership of NIDA Jenny Bott as chair and currently CEO leaves NIDA in mid-December in excellent shape and Liz Hughes will build on the contemporary and collaborative strength of NIDA.”

“I’m thrilled to lead NIDA and to build on its global reputation for educating generations of performers, creative leaders and storytellers. NIDA has been pivotal in creating and bringing to life our stories on stage, screens of all sizes and at live events. I’m honoured to have the opportunity to work with a talented team, the incredible alumni, an impressive Board, strategic partners and the next generation of creators exploring the gamut of the performing arts in all its guises,” Liz Hughes said.

It has now had over 350 million streams on Spotify and has spent 11 weeks at No. 1 on the ARIA chart, making it the longest-running Australian chart topper in history, beating a record held by Daddy Cool’s Eagle Rocksince 1971.

Dance Monkey is set to stay at No. 1 in the UK for a third week, despite a new release by Harry Styles, and has entered the US Top 100 at No. 96 and is No. 23 on the American Alternative Chart.

Foxtel reveals Wentworth to wrap after next 20 episodes

Filming on Wentworth is due to resume shortly, in what will be the show’s final batch of episodes, but fans will still see the show on screen for some time to come, reports TV Tonight.

“We’ve got some interesting names to announce who will be part of Wentworth‘s final two seasons.

That will take the series to 9 seasons expected to conclude on air in 2021.

The NRL concedes playing at the Sydney Cricket Ground “is not a great experience” but will stage consecutive grand finals there after securing a deal worth more than $15 million to keep the event in Sydney until the end of 2046, reports The Sydney Morning Herald’s Adrian Proszenko.

The NRL-NSW government agreement – more lucrative than the deals offered by the Queensland, Victorian and Perth governments – was officially signed off at midday on Wednesday after negotiations ramped up in recent days. The deal includes cash from the government and its agencies, including Destination NSW, and snuffs out Brisbane’s hope of pinching the showpiece event.

The grand final is now locked in at the SCG for the next two years while ANZ and Allianz Stadiums are unavailable due to upgrades. It will shift to Allianz in 2022 and then back to ANZ when it is back online in 2023.

Effectively, the game will remain in Sydney for the next 27 years given the 25-year memorandum of understanding initially struck between the parties won’t begin until Sydney’s new $2 billion stadium network nears completion.

The man who helped turn the English Premier League into a worldwide commercial behemoth has officially joined the push to save the A-League.

The Sydney Morning Herald’s Vince Rugari reveals Richard Scudamore, who headed up the Premier League for nearly two decades, has been installed as a “special advisor” to the A-League clubs and competition boss Greg O’Rourke.

Scudamore, 60, became chief executive of England’s top league in November 1999 and stepped down as executive chairman in November last year after overseeing a period of phenomenal growth. During his tenure, central revenues rose from £148 million in the 1997-98 season to £3.2 billion this season.

While his football business acumen is wide-ranging, Scudamore’s specific experience in negotiating increasingly lucrative television deals for the EPL can only be of benefit to the A-League as it confronts a rapidly changing broadcast landscape at a time when ratings on Fox Sports are nosediving and general interest is flagging.

Seven Horse Racing unveiled Live Jockey Cam on Caulfield Guineas Day, bringing fans closer to the action than ever before.

Live Jockey Cam was used in six races last Saturday and will be used on Saturday at Caulfield Cup Day and the following week at Cox Plate Day, with both feature meetings shown live and free across the screens of Seven. 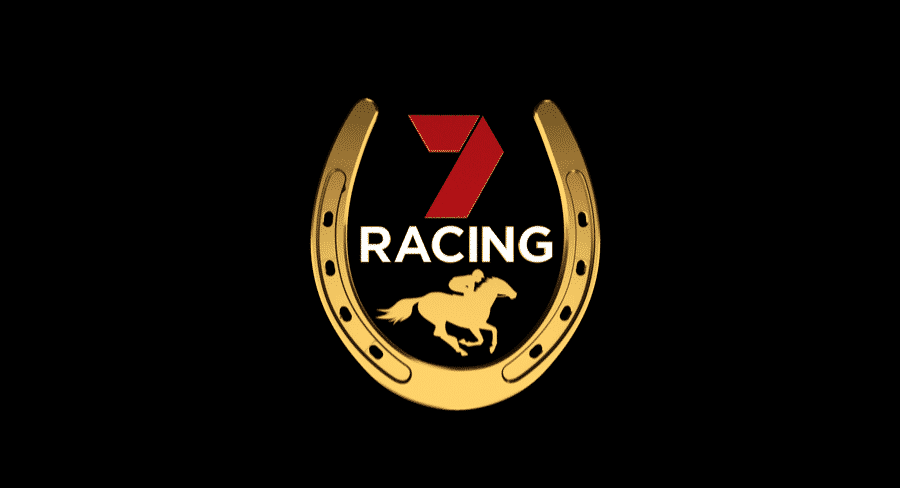 Racing Victoria has been supportive of broadcast innovation and worked closely with Seven Racing throughout the approval process of Live Jockey Cam to ensure safety and integrity were maintained.

Seven also acknowledged the support of the jockeys who wore the camera on Saturday, including Ben Melham, Jamie Kah, Cory Parish, Michael Dee and the stables of Busuttin Racing, Brunton Racing and Nick Ryan Racing, while Craig Williams and Lindsay Park Racing have both been long-time supporters of jockey cam.

“We’re always looking for new ways to take our viewers as close to the action as possible, so coming up with a jockey cam that could be used live during races was something we worked damn hard to add to our racing coverage.

“We’re rapt we can now effectively put our viewers in the jockey’s saddle during races, giving them a vantage point previously enjoyed only by racing’s best riders.”