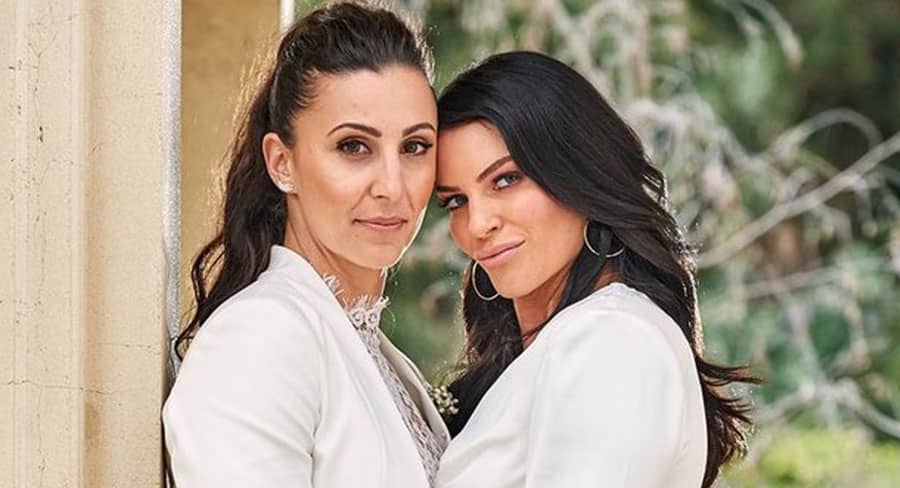 So what keeps Seven West Media boss James Warburton up at night other than a shrinking advertising market and the prospect of a big fall in full-year profit? I’d venture several things, comments The Sydney Morning Herald’s Elizabeth Knight.

First would be the coronavirus and its potential to compromise the Tokyo Olympics in July if headline athletes boycott the event because many advertisers would follow.

Second, Warburton will be sweating on the outcome of an Australian Competition and Consumer Commission (ACCC) decision that would allow Seven West to offload its magazine division and pocket a much needed $40 million in cash. The ACCC has already raised concerns and is due to deliver a verdict in April.

Seven is elbow deep in efforts to empty as many logs as it can to get its debt down in order to ensure it doesn’t get dangerously close to breaching any of its bank lending covenants.

Investors have punished Seven West Media, which is feeling the pinch of an advertising slowdown, as the television network’s boss, James Warburton, seeks to cash in on production business Seven Studios in an effort to transform the media company and cut its $541m-plus debt pile, reports News Corp’s Lilly Vitorovich.

Seven West shares slumped 21 per cent to a record low of 20c on Tuesday, valuing the company at $309.2m, after worse than expected first-half underlying earnings and a 13 per cent downgrade to its full-year guidance. That is in contrast to the stock’s record high of $15.39 in 2007 when it was a multi-billion-dollar business, albeit before the global financial crisis and explosion of streaming services such as Netflix.

The Kerry Stokes-controlled media group, which also includes The West Australian newspaper, announced on Tuesday that it has begun strategic reviews of “undervalued and surplus assets following inbound enquiries”, amid a difficult advertising market and weak start to the TV ratings year.

Production has started on Road To Recovery With Scott Pape, a one hour special following the Barefoot Investor as he joins the bushfire recovery effort to help people who have lost everything start to rebuild their lives from scratch.

Produced by Foxtel, this one-hour documentary – premiering on Wednesday, March 11 at 8.30pm – seeks to make sense of the most horrific of natural disasters and provide an insightful story of hope and resilience with a practical message.

A bushfire survivor himself, and this country’s best-selling ‘money guy’, Pape is uniquely placed to help Aussies on the ground, and has been deployed as a financial counsellor in the frontline of the recovery effort.

Pape said: “Financial counsellors help put people back in control of their money, which is an essential part of the road to recovery for bushfire survivors. Many are traumatised and grief-stricken and yet we expect them to make the most critical of decisions, which can affect the rest of their lives. What they need is a financial counsellor, who is independent of the banks and insurers, and works with the community to help get them back on their feet – and back in control.

“It’s been a challenging but rewarding journey to be on. It gives meaning and purpose to what I’ve been through to have the privilege of helping people through this bushfire crisis.”

Travelling to the bushfire ravaged towns of Corryong and Cudgewa in Victoria, Pape meets with the extraordinary locals, leaders and mentors who are right in the thick of the recovery effort and keen to feel practical support from the wider community.

Throughout the special, viewers will also bear witness to Pape’s personal story of loss in Romsey, Victoria, where his family home was reduced to ash; hear from local heroes who have rallied to get their communities back on track; and go back in time to understand what it takes to travel the long hard road – from day one after the inferno, to weeks, months and years down the track of repair.

Lifestyle general manager Wendy Moore said: “Knowing how to truly help people in the recovery process after a traumatic time like this only comes when you have an opportunity to take the time to listen to what they actually need. This is a powerful documentary that gives the communities and the people within them a voice, and allows them to tell their own story and at the same time regain some control over their future.”

Hit reality TV show Married At First Sight has been rocked by explosive claims from a contestant that staff manipulated her into saying things on camera by threatening her that if she did not do so “Australia will f***ing hate me”, reports News Corp’s Jonathon Moran & Mibenge Nsenduluka.

Outgoing contestant Poppy Jennings has vowed not to be “some whingeing little weak person that is going to be silenced” over the way she was treated during production of the hit show.

On Monday night’s episode, Jennings appeared emotional as she made the decision to leave while her husband was shown in tears, and in a more favourable light as a jilted partner.

Jennings said the truth of the situation was not conveyed in the episode.

“Why is Luke crying when I left???” Jennings wrote in a Facebook post that has since been removed. “What really happened that he was crying over! You don’t know because I wasn’t allowed to say!! It’s too controversial!”

Channel 9 and Endemol Shine have reached out to Married At First Sight contestant Poppy Jennings after she went rogue and blasted the show and her TV husband in a fiery Facebook rant, reports news.com.au’s Andrew Bucklow.

“We have seen Poppy’s post and note her distress,” Channel 9 and Endemol Shine wrote in a statement to news.com.au. “We have reached out to her to offer support and won’t be making any further public comment and will focus on doing our best to support both Poppy and Luke.”

In response to the confusion, an Endemol Shine spokesperson told news.com.au today: “The experiment is structured to give every couple the best opportunity for their relationship to develop. However, there are times that couples need to leave outside of the commitment ceremony for various reasons and we would not make anyone stay against their will.

“This is also not the first time a couple has left the experiment outside of a commitment ceremony.”

MAFS contestants aren’t meant to reveal publicly whether or not their relationships work out so as to not ruin the outcome for viewers.

However, in the past couple of weeks, Tash has flouted Channel 9’s rules and made it clear her relationship with Amanda failed.

Tash is now in a relationship with a woman named Madison Hewitt, and the two happily posed for photographers at an event in Melbourne on Saturday night.

Overnight, Amanda let rip at Tash on Instagram after a MAFS fan account posted a video of Tash and her new partner.

Under the post, Amanda commented: “What a pack of fake plastic try hard moles! No f**ks given”.

She also wrote about Tash: “She’s a disgusting person on many levels … every dog has their day.”

Global megastars The Pussycat Dolls will perform on The World Famous Rooftop next month. Hit Network drive hosts Carrie & Tommy made the announcement yesterday on their show.

The Pussycat Dolls have made a return to music with the icredible new single React – a slice of electro pop that the band teased on their recent show-stopping X Factor UK performance, making the track a worldwide talking point weeks before release. 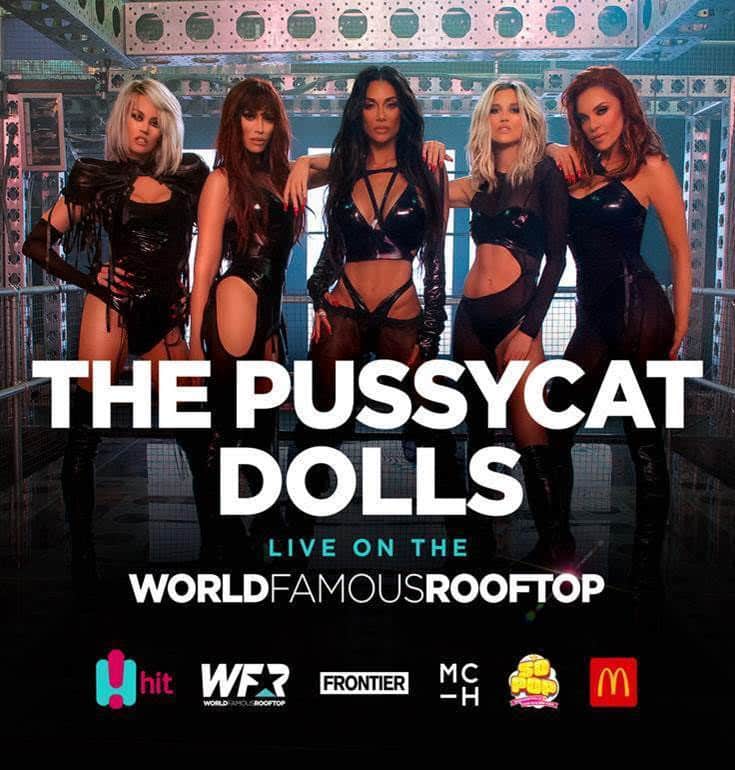 Listeners to the Hit Network will have a rare and special opportunity to win tickets to see Doll Domination up close and personal when they perform on The World Famous Rooftop, hosted by Ash London from Ash London Live.

The Pussycat Dolls – Nicole Scherzinger, Ashley Roberts, Kimberly Wyatt, Jessica Sutta and Carmit Bachar – are known for their hit singles Don’t Cha, Buttons, Stickwitu, When I Grow Up and Jai Ho! (You Are My Destiny), have sold more than 55m records worldwide and have over 3 billion streams. In Australia they have had nine top 10 singles, eight in the UK, and four in the US.  Their nine top 10 singles in Australia has earned them the title of one of the best-selling female groups of all-time.

The Pussycat Dolls will then return to Australia in April, playing Brisbane, Perth, Sydney and Melbourne.

The AFL is the clear sporting powerhouse in financial terms, revealing a net profit of almost $50m for 2019 in which it reaped record revenue and attracted its biggest ever attendances, reports The Australian’s John Stensholt.

Such is the league’s financial strength that it has made combined profit of almost $150m in the past three years, while paying down debt and booking revenue and profit ahead of budget forecasts because of increasing sponsorship deals and strong finals series.

On consolidated terms, which includes its Marvel Stadium ownership, a share in Champion Data and its state subsidiaries, the AFL recorded a $27.9m surplus, up from $25.9m in 2018.

Football at the elite level remains in robust health with the AFL revealing a $48.5 million profit last year, which was $2 million down on the year before due in part to the league’s investment in AFLW, reports The Age’s Michael Gleeson.

The AFL’s revenues increased by $15 million to $794 million because of broadcast revenue and commercial income hitting a new record.

The popularity of AFLW was best measured by almost 600,000 women and girls playing the game, an 11 per cent increase. The AFL funded the AFLW by $16.4 million last year and this is set to increase by $6 million this year with the expansion of the competition to 14 teams.

The AFL paid its 11 executives a combined $10.5 million last year, down $160,000 on the year before. The AFL commissioners are paid a small amount of this overall figure, primarily to cover costs. Chief executive Gillon McLachlan was reported by Good Weekend to have earned $1.8 million, but his salary is no longer disclosed by the league.

Supercars preparing for life without the Holden brand

Supercars chief executive Sean Seamer said the sporting body had been preparing for life without the Commodore and had opened discussions with a number of car manufacturers to plot a new road forward to deal with shock exit of the Holden brand from Australia, reports The AFR’s Max Mason.

Seamer told The Australian Financial Review that Supercars, which has been built on the historic rivalry between Holden and Ford, had already been searching for an alternative plan after General Motors, Holden’s parent company, announced it would axe the Commodore model in favour of sports utility vehicles and utes in December 2019.

Seamer said Supercars had been working with General Motors and a number of manufacturers around a new set of regulations that are set to open the motorsport up to more vehicle types in 2022.

He said the sport’s broadcast partners, Network 10 and Fox Sports, were across the new sets of regulations. Its current broadcast deal, brokered by former CEO, now Seven West Media chief executive James Warburton, runs out after the 2020 season.

The looming battle between broadcasters Foxtel and Optus Sports for Rugby Australia media rights threatens to reignite the embers of the Super League war from a quarter of a century ago, reports SMH’s Roy Masters.

The 1995-97 conflict was seen as a fight between Australia’s two biggest media titans, Rupert Murdoch and Kerry Packer, over pay-TV rights to rugby league.

Optus was the main funder of the ARL during the three-year battle, which ended with Murdoch and Packer dividing the spoils. Fox Sports and Nine screened matches of the new merged NRL competition, sponsored by Telstra.