Singapore Press Holdings said it’s undertaken the first phase toward a truly interactive newspaper with its publications, The Straits Times and My Paper.

The company said that when subscribers read the PDF or electronic version of the newspaper on their smartphones or tablets, “they will notice some of the advertisements on the paper actually move. That’s not all. When readers touch the advertisements on their screens, the ad will respond and immediately produce several call-to-action buttons that will allow readers to call, message or go to advertisers’ websites.”

The company added, “Soon, even the news stories and pictures can be interactive, making the whole newspaper look alive on smart devices.

“This innovation is the brainchild of a team of enterprising staff at Singapore Press Holdings, which publishes The Straits Times. The team has even secured a patent for the interactive newspaper, making it a breakthrough technology for the 171-year-old broadsheet.”

Elsie Chua, executive vice president and head, marketing division at SPH, said: “We will be rolling out more features in the coming months and look forward to further enhance the user experience.”

Rumour was that Keung Kwok-yuen was sacked for printing parts of the Panama Papers that reflected poorly on local tycoons.

Then on Thursday, the day after the sacking, high-profile cartoonist Wong Kei-kwan published a cartoon that was just a dot with the caption, “To save ink cost for the boss, I’ll just draw a dot today.”

Between Sunday and Monday six columnists submitted blank columns, which the paper ran, but with an editor’s note on each column justifying the cost-cutting measure. 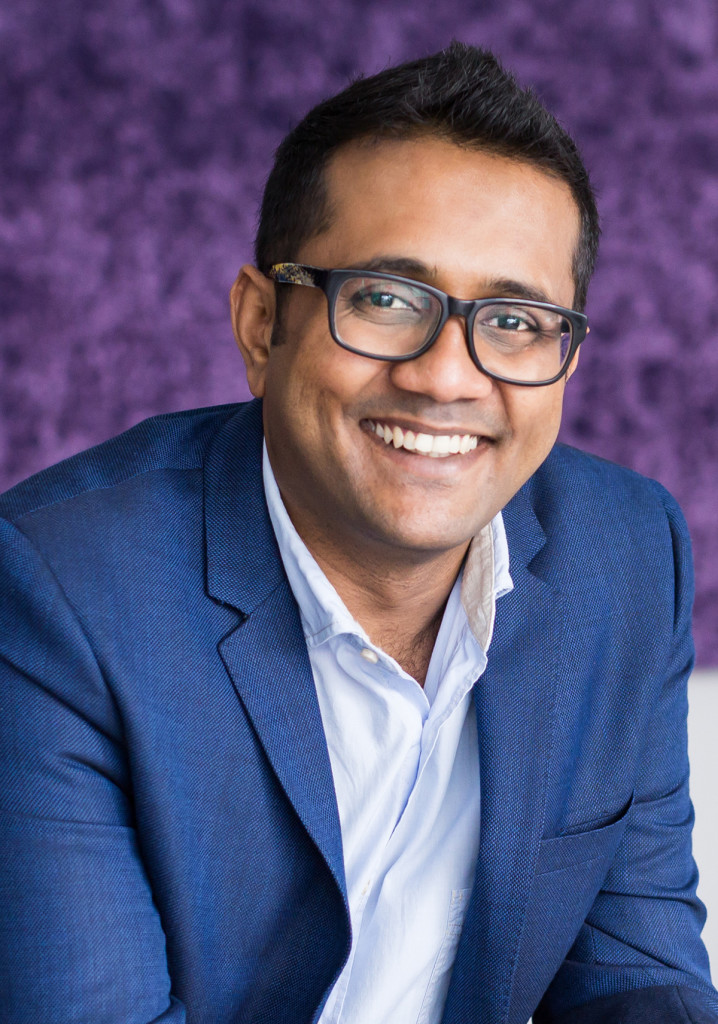 Just weeks after CNN announced a major digital expansion, Marc Lourdes – former editor-in-chief of Yahoo! Singapore – has been appointed director, CNN Digital Asia to be based in Hong Kong.

“Lourdes will work closely with CNN’s digital teams in London, Abu Dhabi, New York and Atlanta and as the digital leader in Asia-Pacific, will be responsible for devising and implementing strategies to grow key audiences in the region.”

Lourdes has a decade-plus track record as a journalist in the region. Before signing up with CNN he worked for Yahoo for five years and earlier he worked for The Star and the New Straits Times in Malaysia.

On Tuesday the French Canal+ Group’s Vietnamese joint venture subsidiary, Vietnam Satellite Digital Television (VSTV), announced the purchase of the broadcasting rights of the English Premier League for three seasons from 2016-2019. It said other pay-TV operators can buy rights from VSTV.

Vietnam Globe reported that VSTV spent an estimated US$46 million (A$60.3m) on the rights.

But a few days earlier on Thursday 21 April the newswire vneconomy.vn reported that the Vietnamese government may sell its stake in the broadcasting joint venture with French pay-TV operator Canal+ Group and VSTV.

Vietnam Television, which represents the state capital in VSTV but which does not have a say in the management of VSTV, said it might have to ask for permission from the prime minister to sell its stake due to huge losses.

With this deal, Spring News wants to strengthen relationships with China and also plans to become an ASEAN player. It is ramping up its news content partly in reaction to the newly formed Asean Economic Community because news updates and information will be needed across the region. 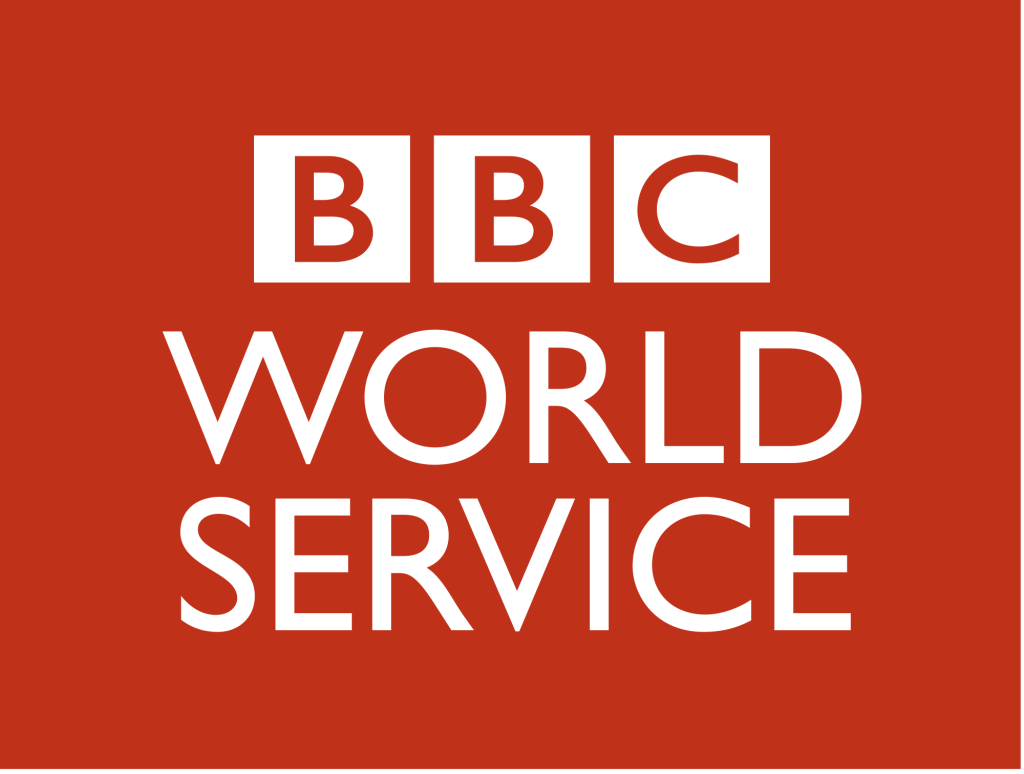 BBC World Service staff are petitioning against changes to the BBC Chinese Service which will see most of it move from the UK to Hong Kong.

According to The Guardian, a letter is being sent to former BBC chairman and the last governor of Hong Kong Chris Patten and the Foreign Office to petition for support.
Staff are concerned that the shift to Hong Kong will threaten independence and they claim the BBC “grossly underestimates the level of threat posed by the Chinese regime in Hong Kong to both BBC editorial integrity and safety of BBC journalists”.

The broadcaster wants to develop its own high-quality products, services and content by capitalising on its 64 years in the TV business.

But it will also recruit new staff to create online content to serve the digital media platform and aims to generate 5-10 million baht (A$185,000-$370,000) in revenue within a year.

The core TV business contributed 44% of revenue, followed by radio at 25% and new media at 5%.

The South China Morning Post has been running interviews with new owner Alibaba tycoon Jack Ma, who outlined his vision for the paper.

The Post noted there had been concern that the acquisition may cause the paper to water down its traditional aggressive reporting on China and reported, “Ma addressed these concerns, explaining why he believed in having a narrative on China that was different from that of both the mainstream Western media and Chinese state media.”

The Post then quoted Ma as saying “I don’t see it as an issue of coverage being ‘positive or negative’.

• The head of Hong Kong broadcaster TVB’s sports department, Fung Kin-shing, leaves this week after a 15-year stint for greener pastures at LeEco. He joins three other sports staffers from the five-person department personnel who have quit due to limited resources allocated to TVB sports news coverage, but he is the only one going over to LeEco.
• The 10th International Busan Contents Market  2016 kicks off this year 11-13 May. It is billed as “a leading media market for the Asian region, gathering thousands of producers, broadcasters and distributors from around the world”. For details contact bcm@ibcm.or.kr.
• Thailand’s PPTV channel has won a sublicence from Qatar-based BeIN Sports to broadcast English Premier League (EPL) football matches. PPTV will broadcast 26 out of the total 380 EPL matches each season for the duration of the three-seasons deal.
• As part of its 33rd anniversary celebration, The Jakarta Post on Monday held an all-day seminar on the challenges faced by Southeast Asian countries as the region enters the ASEAN Economic Community which was officially formed on 31 December 2015.
• Thailand’s largest telecommunications firm SET-listed InTouch Holdings has acquired a 10% stake in WongNai Media, a Thai-owned restaurant review website, for an estimated value of more than 30 million baht (A$1.13 million) .
• PressReader, the publishing app for international newspapers and magazines, has signed a deal to make many of China’s top publications available to travellers. The new agreement with the China International Book Trading Corporation, a subsidiary of the China International Publishing Group, will see Chinese language newspapers and magazines rolled out to more than 300 million PressReader users and subscribers.
• CASBAA, Asia’s largest non-profit media association serving the multichannel audio visual content creation and distribution industry, said the upcoming 22nd annual CASBAA Convention will be held in Macau 7-10 November.
• Thailand’s One Channel, owned by SET-listed GMM Grammy, has upped its ad airtime rates a whopping 30% following a healthy first quarter. The fact that the overall Thai digital TV business increased by 40% in the quartet was certainly a boon to One Channel.
• Radio was the only media in Hong Kong not to have a year-on-year fall in ad spend in March. The South China Morning Post reported that data from media-monitoring company admanGo showed that ad spend in March fell for the third month in a row to HK$3.3 billion (A$557 million) from HK$3.8 billion in the same period last year. Ad spend for the first quarter of the year was HK$9.4 billion, down from HK$10.8 billion last year.