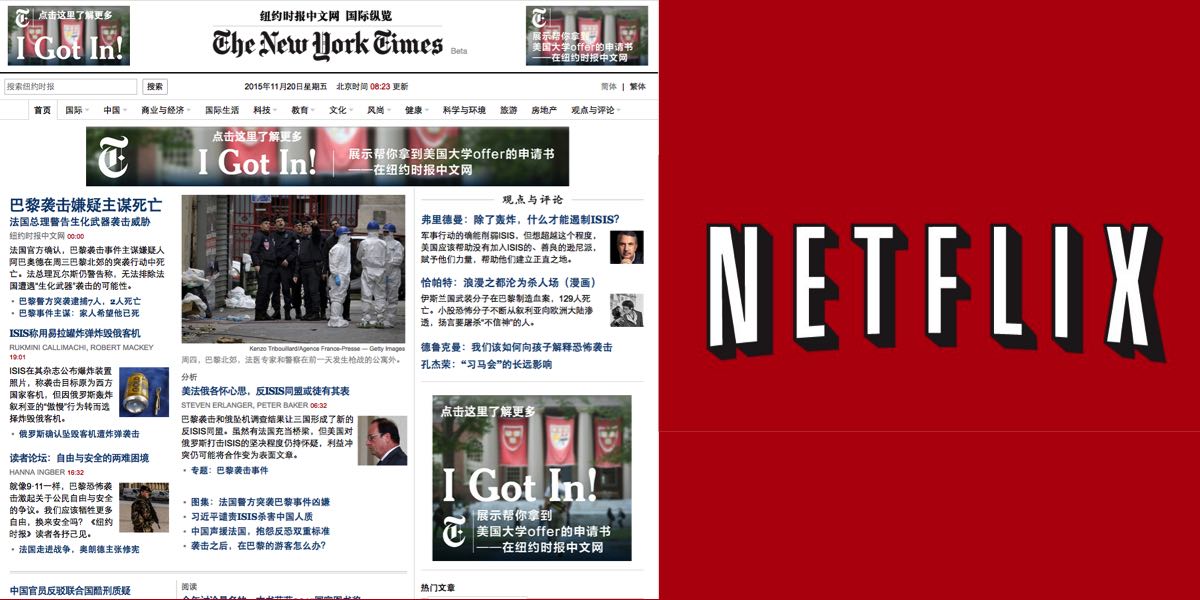 Asia’s leading media holding company, SCMP Group, has signed a deal to print the International New York Times for the mainland China and Hong Kong markets. The deal begins in February 2016 at the SCMP Group’s printing facilities in the Morning Post Centre in Tai Po, northeast of Hong Kong.

Mr Robin Hu, CEO of the SCMP Group, said: “We are delighted to be awarded the contract to undertake INYT’s printing needs for Hong Kong and mainland China. With the INYT, given its loyal base of on-the-go high achieving subscribers, there can be no compromise when it comes to quality and reliability. We are therefore honoured to have been selected by one of the world’s most admired publications as its trusted printer in a region that has established itself as a major source of global news.”

The deal with the INYT follows the SCMP’s first contract printing agreement in 2013 to print am730, a Chinese-language free newspaper in Hong Kong.

Under the revised Newspaper Law, only media companies with an editorial staff of five, rather than the current three, can register with the ministry and operate online news services.

The media companies will also need to be legit by providing documented proof that employees will receive benefits such as health insurance, pension and laborers’ safety insurance.

According to the Korea Herald, this was designed to boost the range and diversity of media outlets to reduce the influence of three newspaper giants – Chosun, Joongang and Dong-a.

But that system resulted in a growing number of fiercely competitive sites – about 1.000 new sites annually – providing “sensational and tabloidish news,” according to the Culture Ministry.


The state-run Korea Creative Content Agency, in an analysis report, said that Netflix may struggle to sign up customers if it does launch in South Korea next year.

The report said Koreans would probably continue to watch pay digital TV services, such as IPTV, which are usually cheaper than Netflix.

The report also noted that local consumers would want to watch video-on-demand programs at will, paying on a per-viewing basis, and be able to control them as if operating a VCR, instead of paying monthly fees for unlimited programs.

The state-run content agency suggested that it would be difficult for Netflix to operate and provide services in Korea unless through partnerships with local pay TV networks.


The Philippines ABS-CBN Corporation has reported PhP27.8 billion in consolidated revenues for the first nine months of 2015, bringing its net income to PhP1.9 billion. This is 23% higher compared to the same period last year. The company also reported higher third quarter revenues of PhP10.1 billion, 8% higher than the revenues during the second quarter of this year.

The top 10 programs for the first nine months of 2015 for free-to-air television in the Philippines were produced by ABS-CBN.

ABS-CBN TVplus digital boxes are now in over 800,000 households, and the company expects to breach the one million mark by the end of this year due to a price reduction.

Nominations for the 20th Asian Television Awards (ATA) were announced last Friday, with 257 nominees in 40 categories, from 13 regional countries competing in this year’s awards.

August Pictures has eight nominations, the highest number of nominations from any single production house in the region.

Winners will be announced at the awards gala ceremonies on December 2-3, at Suntec City, Singapore.

South Korea’s Ministry of Science, ICT and Future Planning has signed an MOU with its Thailand’s National Broadcasting and Telecommunications Commission to exchange content and experts in the broadcasting industry.

The Korean plan is that this will bolster the sales of its media production in Southeast Asia.

South Korean TV programs have been gaining popularity in Thailand, with increased demand expected following the launch of new TV channels and the increasing number of mobile viewers in Thailand.

The South Korean ministry said that, as of the end of October, it had signed agreements with 23 media firms in six Southeast Asian countries, including Thailand, Vietnam and Indonesia.

Beijing will establish a new committee to instil self-discipline regarding ethics in the media industry, according toXinhua.

The pledge aims to “protect the leadership of the Communist Party of China and the interests of the state.”

The committee will be established by the China Alliance of Radio, Film and Television.

Japan’s leading media companies have the support of Japanese government bodies to forge greater collaboration with Thai TV broadcasters, according to The Nation newspaper.

Atsuo Hirai, director of Japan’s media and content industry division at the Ministry of Economy, Trade and Industry, told The Nation, “Japan has already become an ageing society while the number of young generation is not growing much. Following this demographical change, the entertainment and media business in Japan is now facing flat growth. Overseas markets like Thailand are our key destination.”

Also under the ‘Cool Japan’ policy, exporting TV shows, animated films and cartoons, online games and music to overseas market is a key strategy to deliver Japanese culture and lifestyle to the rest of the world.