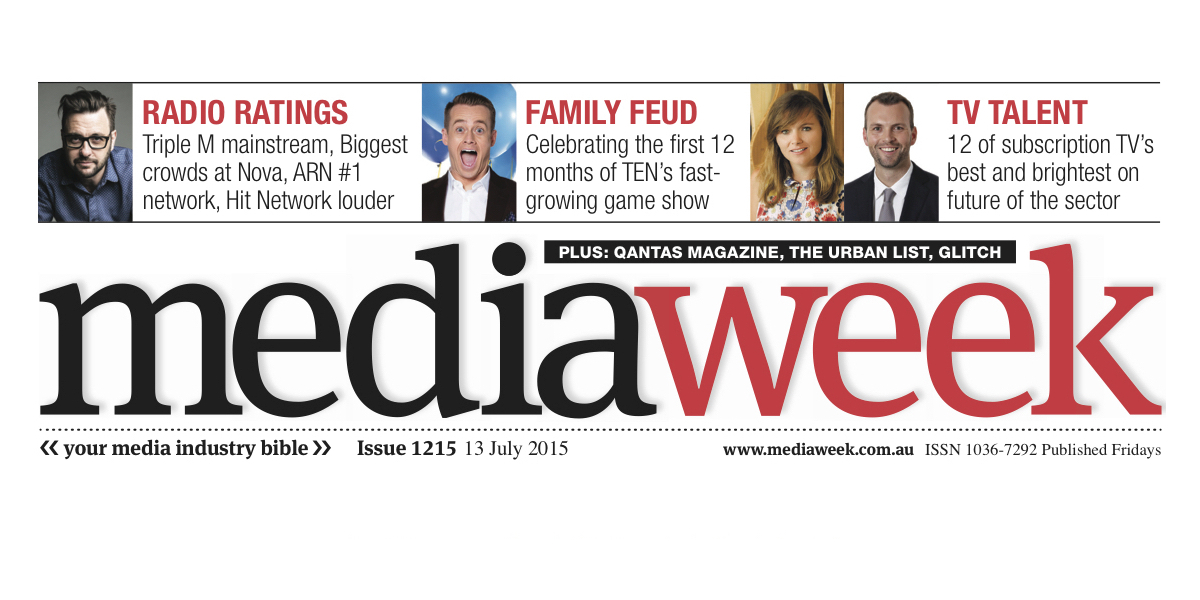 In this issue: Our expert analysis of GfK Radio Ratings Survey 4, 2015, for five capital cities Inside the July 13 issue of Mediaweek magazine #1215

First Look
Qantas magazine editor-in-chief Kirsten Galliott talks us through the innovations in the latest issue, the first from new publisher Medium Rare

Person Of The Week
Susannah George, Director and Founder, The Urban List

Inside Subscription TV
Mediaweek asks a dozen nominees for 2015 ASTRA Industry Excellence and TV Professional Of The Year Awards to answer the burning question: Where do you see the future of subscription TV?