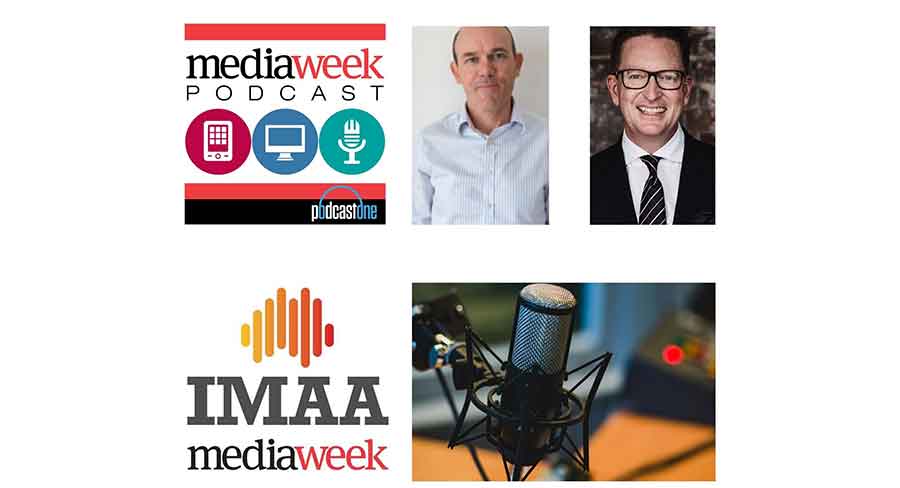 • Pearman on impact at agencies, Stephenson on Nine TV and radio

Listen to insights into how the media and ad sectors are dealing with sector shut-downs and reduced media spends. Joining a special Mediaweek podcast are the Independent Media Agencies of Australia (IMAA) co-founder, and MD and founder of Pearman Media, Dominic Pearman plus Nine‘s chief sales officer Michael Stephenson.

Listen to the podcast here.

How the IMAA was founded and reception

Dominic Pearman: I went on a media junket last year and there were about 12 independents and we realised that they were happy to talk to each other. We thought it would be good to form an association and there were five us of initially who agreed to get together. It has been accepted really well with lots of good feedback. We started with 20 members just before COVID, now have 31 and we expect it to grow to 40 or 50.

Michael Stephenson: Not all of the independent agencies are small agencies. There are some big agencies with incredibly large clients and every day they play a more important role in our advertising eco-system. From Nine’s perspective, independent agencies are our second largest source of advertising revenue. We have just gone through the final part of our sales transformation which is largely centred around structuring our teams around our customers. For the very first time we now have teams across the country in Sydney, Melbourne, Brisbane, Adelaide and Perth who are specifically focused on the independent agency secretor.

For us at Nine it’s really important for us to get closer to the outcomes of advertising. What impact has the advertising that Dom and other independents buy from us across television, digital, radio or publishing, have on the client’s business? Did it help them with a new product or enter into a new market? These things are critically important and form a big part of our overall strategy.

MS: COVID-19 has had an impact on all of us. From an agency perspective it comes from the categories that you leverage to in terms of the impact on individual businesses. If you are highly leveraged to a category like travel, luxury goods or retail then it would have had a greater impact. Some categories are more than surviving, they are flourishing. While many things are changing, the fundamentals have largely not changed. The whole notion of share of voice equals share of market couldn’t be any truer than it is now. There are some excellent examples: Harvey Norman and Nick Scali are two big retailers who are advertising through this environment. They are turning to trusted sources for advertising. Harvey Norman is buying lots of pages in our papers, they are advertising on radio and they are buying big campaigns on television. Their business is growing and they are doing very well.

MS: The future of advertising is automated and addressable. Handheld transactions between buyer and seller are a thing of the past. All media will ultimately be bought in an automated transaction – using technology to replace the handheld process.

DP: To me relationships are the bottom line. We are only going to buy off people we like and respect. I have seen it over and over again that different media can get a greater share of the budget when the relationship is strong.

MS: I agree – any of our team will tell you what I focus most on is our people. Without them we have nothing. Automation takes out the manual process of advertising bookings which hopefully frees our teams up to spend more time with clients and agencies and the things that fundamentally make a difference.

DP: They have done a great job. Stepho doesn’t know this, but Nine has ranked #1 in a survey of the IMAA members. Nine was named the best media in terms of relationships and service. We don’t buy the group, we judge each sector on its merits – print, radio or TV. Grouping them in the one company doesn’t necessarily mean we are going to buy across the various media. It is great for Nine because they are able to cross promote across the different media.

Nine and integration of radio stations

MS: My first perception when I walked into Macquarie was how connected everybody was. The amazing talent was very connected to our clients and customers. Nine Radio is now part of the Nine group and it had to evolve as we move into a new world where we are trying to create marketing platforms for brands. With Nine now structured around major agencies, independents and the SME market, that’s where our focus is now for radio. The Macquarie team historically was highly leveraged to the SME market and less to the major multinational agencies. That’s one of the benefits of bringing the business into the Nine group.

MS: Having a strong, vibrant television market is great. Looking at linear television in isolation, what we have done over the past few years is build an amazing platform with different programs. We have an amazing slate of Australian content. Some of the other guys might be crowing a little early as I see it. As we reach the middle of the year, Nine has a 39% share of every demo, we are 11 or 12 points ahead of 10 against every demo and six or seven points ahead of Seven in every demo. We are the dominant #1 player.

But that’s not that interesting to advertisers to be honest. Yes, they want someone who is strong. But they want the consistency of our audience and the ability to build reach and integrate brands around our content which are things we do better than anybody else.