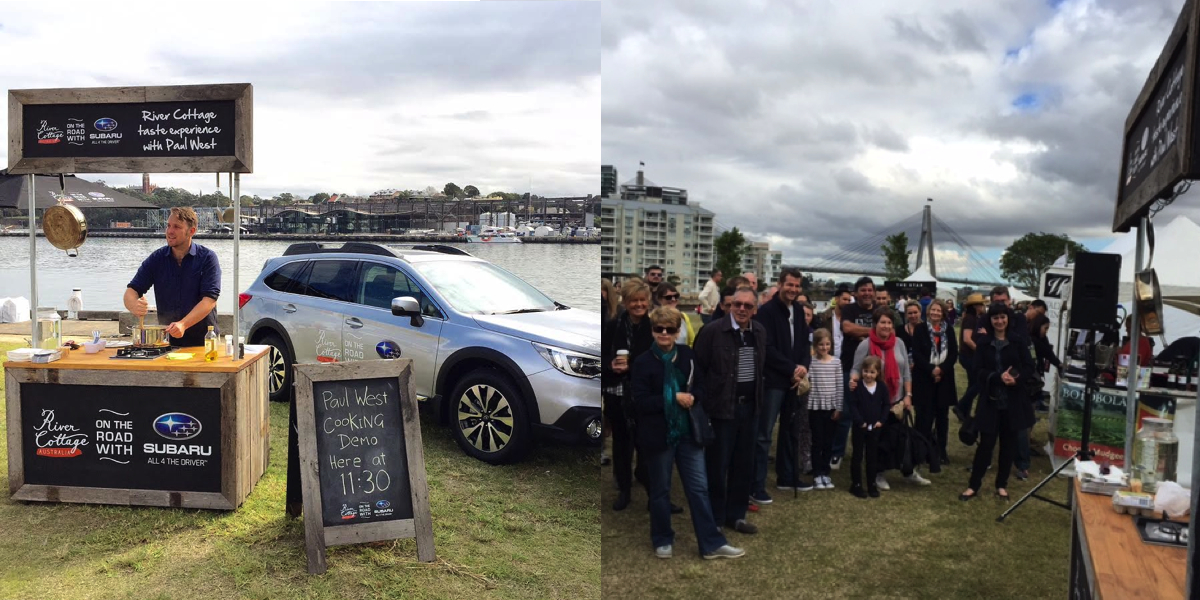 Multi Channel Network (MCN) has partnered with Subaru to bring River Cottage Australia from the farm to the city, giving fans an opportunity to connect with the show in real time, ahead of the season three launch on May 26.
The River Cottage Australia on the Road with Subaru tour comprises a series of visits to food and wine festivals around Australia by the show’s host, Paul West. The campaign has been created by MCN’s Multiply Activations division to help both the show and partner Subaru connect with consumers beyond the TV screen.

MCN national director of multiply integration and content partnerships Elizabeth Minogue said: “There is a growing demand for viewers to have access to their favourite programs offline and beyond the screen, providing brands with a huge opportunity.

“For River Cottage Australia we wanted to create a campaign that could allow fans to interact and engage with the program organically and in a community-focused environment that reflected the show. One key way to achieve this was by understanding the audience and then creating a way to bring the show to them in a real-life setting.”

The tour’s final event took place on Sunday 17 May at the Sydney Pyrmont Festival. Paul West set up a pop-up kitchen cooking recipes utilising fresh seasonal produce from the Mudgee Region. There were also Subaru vehicles on display and a competition draw prize.

Subaru general manager of marketing Andrew Caie said: “River Cottage Australia has taken the farm from the screen to Pyrmont for Subaru and is a great example of making media you can touch and feel, and now even eat. Now that’s a partnership to be proud of.”

River Cottage Australia season three premieres on Tuesday, May 26 at 8.30pm on LifeStyle FOOD, only on Foxtel. The series is made by KEO Films Australia.