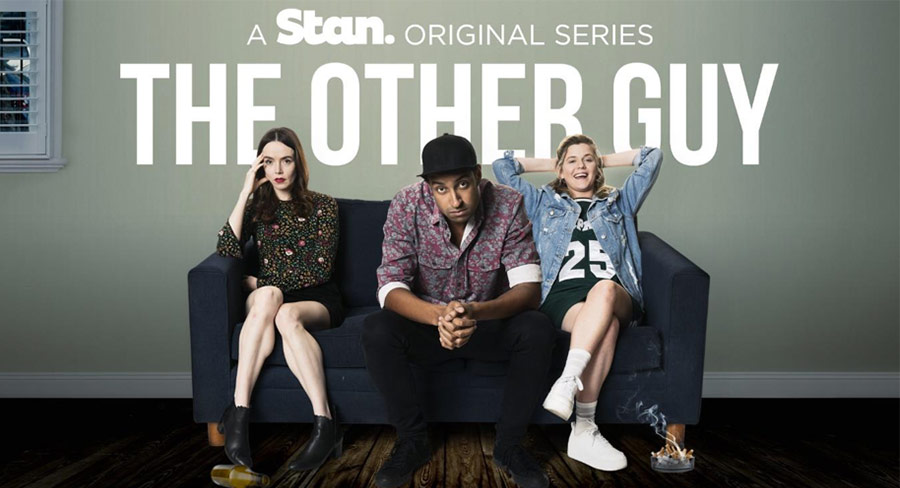 Season Two of The Other Guy is currently in development with Stan and Create NSW.

Stan announced today that Entertainment One (eOne) has licensed the Stan Original Series The Other Guy to Hulu in the US and Super Channel in Canada.

The Other Guy will start streaming on Hulu June 28 and premiere on Super Channel on August 13.

Filmed on location across Sydney, the series was written by Okine and Becky Lucas (Please Like Me), script produced by Greg Waters (Soul Mates, Dance Academy) and directed by Kacie Anning (Fragments of Friday).

Season Two of The Other Guy is currently in development with Stan and Create NSW.

On the back of its launch last year in Australia, The Other Guy joins a growing roster of Stan Originals award-winning dramas and comedies to find major international partners.

Earlier this year, Romper Stomper was picked up by BBC in the UK, AACTA Award-winning and Logie Award-nominated drama series Wolf Creek was distributed through global content leader Lionsgate for the North American Market, and Fox international Channels in the UK, while AACTA Award-winning and Logie Award-nominated series No Activity was recently picked up by Hulu in the US through a deal with BBC Worldwide.

Last year CBS Television Studios, in association with Funny Or Die, Jungle and Gary Sanchez Productions, commissioned and produced an eight-part US version of No Activity, also streaming on Stan, with season 2 in pre-production.