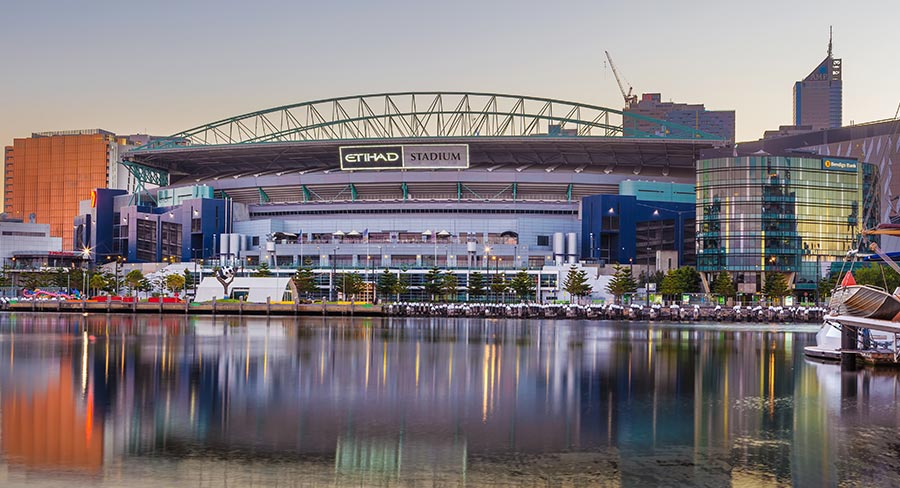 The new Marvel Stadium will launch on September 1.

The new Marvel Stadium will launch on September 1.

The eight-year agreement includes complete rebranding and renaming of the stadium, a premium Marvel retail store, as well as a host of other activations that will bring much-loved Marvel stories and characters to life. Senior Vice President and Managing Director of The Walt Disney Company Australia Kylie Watson-Wheeler said: “Australian fans are amongst the most passionate in the world and through our partnership with MSL, we hope to bring people together, and provide them with a unique opportunity to immerse themselves in the Marvel brand.

“Marvel is known for epic storytelling with heart, action, humour and relatability. MSL’s Docklands Stadium has told its own compelling stories over time, via a vast array of sport and entertainment. It’s why this partnership is such a great fit.”

MSL CEO Michael Green said: “Marvel is a powerhouse in the entertainment industry and one of the most recognised brand names in the world. It is a brand dedicated to audience experiences, which firmly aligns with our vision to create incredible experiences for fans.”

The stadium has operated under the Etihad name since the commencement of its naming rights partnership in March 2009.

Green said: “During our tenure with Etihad Airways, our stadium has become the world’s busiest multi-purpose stadium–the legacy of a successful co-venture.”

Etihad Airways General Manager Australia and New Zealand, Sarah Built, said: “As naming rights partner, Etihad Airways is proud to have helped deliver some of Australia’s most iconic sporting and entertainment moments over the last decade. Along with Melbourne Stadium Ltd., we have hosted 700 events to the delight of 25 million spectators and tens of millions more on TV.

“This partnership has been a tremendous success for the airline, enabling us to strongly build brand awareness in the Melbourne community and across Australia. We look forward to continuing to serve the AFL and MSL with their international travel requirements, and we remain committed to the Australian market through other sports and cultural partnerships.”