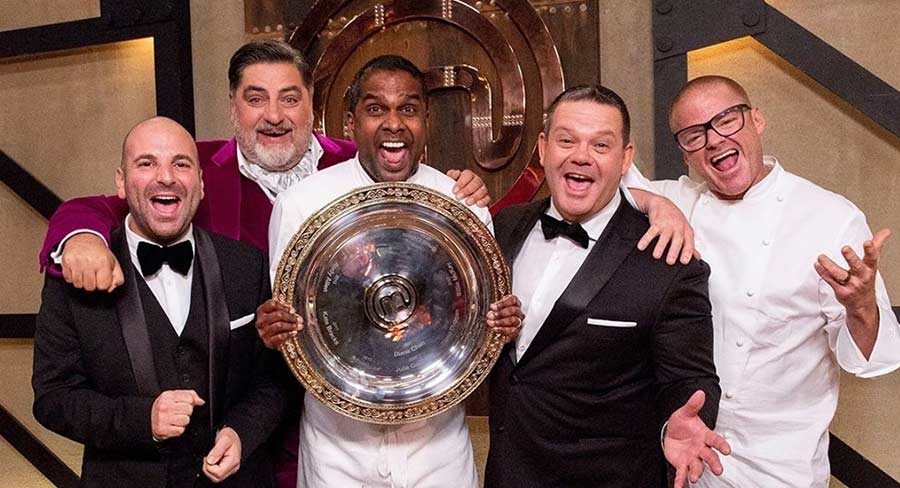 Missed the MasterChef final, or want to relive the final night when Sashi smashed it? Here is TEN’s detailed analysis of that final night:

Sashi Cheliah has been crowned the winner of MasterChef Australia for 2018, after securing the highest score ever seen in a Grand Finale. Sashi beat fellow finalist Ben Borsht by a mammoth 16 points, securing victory with a grand total of 93/100.

Thankful to be sharing this moment with his family and fellow contestants, Sashi said: “MasterChef has been an amazing ride for me. I never thought I would come this far in the competition and to win is icing on the cake. I would like to take this opportunity to thank the judges for their guidance and motivation, which have helped me develop into a better cook, and to Shannon, who was a great mentor during the immunity challenges and Semi-Final.

“MasterChef has given me the opportunity to work with great chefs from around the world, and I have made great friends that will be cherished for the rest of my life.

“The overwhelming support from my fans and family has made me realise my potential, and it has motivated me to achieve great heights. My food dream is to start an Indian and South East Asian fusion restaurant, serving authentic food. I also want to work with ex-prisoners to provide assistance, rehabilitation and opportunities to obtain employment in the food industry,” Sashi said.

On behalf of the judges, Gary Mehigan said: “Every year we have our collective fingers and toes crossed that the last person standing, the winner, will be a fabulous ambassador for MasterChef Australia. Sashi, you have proven yourself to be a brilliant cook, a creative thinker, a team player, a determined, kind soul with a dream to change your life and forge a new future in food.

“More than this, however, you are someone we have fallen in love with, someone we admire and respect, who has carried himself wonderfully throughout this competition. You have left your mark on everyone you have met and we couldn’t be more thrilled and proud.

“Sashi, enjoy your success and the brilliant career that will follow. Your life has changed forever.”

Runner-up Ben was awarded $40,000 courtesy of Canstar to help him achieve his food dream. Ben said: “I’ve had such an amazing experience on MasterChef Australia, I’ll remember it for the rest of my life. Throughout the competition I’ve found such a passion for food, especially seafood, and can’t wait to see where this newfound passion leads me.

“The judges have guided me through thick and thin, and I truly appreciate everything they’ve done for me. My fellow contestants are all such talented, beautiful people that such an experience wouldn’t have been possible without them.”

After being eliminated last night in the Semi-Final, third-placed Khanh Ong was also awarded $10,000 from Canstar, to further his food dream.

Together Ben and Sashi stood before this year’s eliminated contestants and, following an emotional reunion with their family and partners, were told this season there would be just two rounds in which to secure their points.

In round one, they each prepared a starter and main for the judges, with each dish using a hero ingredient from a display selected by the judges – ingredients they had plated up beautifully throughout the competition. For his starter Ben chose blue swimmer crab, but battled to take the meat from the shells, pushing him behind in the preparation required for his main – battered whiting with the hero ingredient peas.

Meanwhile Sashi started out strong, opting to prepare both his sambal paste for his entrée and the curry sauce for his main at the start of the 90 minutes, giving both time to develop in flavour. It was a winning strategy with the judges describing his starter as complex, gorgeous and delicious, delivering a trio of perfect scores.

Ben’s crab starter lacked texture and crunch, and he was only able to secure 20/30. Sashi’s fish curry main was rich and complex, securing a trio of nines, while Ben’s main needed to be perfect and he battled. The batter on his fish was not right, and the judges awarded him 21, giving him a grand total after round one of 41/60 against Sashi’s strong score of 57/60 and a lead of 16 points. Round two saw Ben and Sashi battle the toughest pressure test ever set, by the one and only culinary legend Heston Blumenthal. Setting his counting sheep, the dish is one Heston admitted was as complex as any he had developed. Consisting of light malt meringue with milk ice-cream on a floating pillow, it was also made up of coconut ice-cream, steamed sponge, panna cotta, lychee gel, earl grey caramel, coriander yoghurt and yoghurt snow. There were 19 elements and more than 80 ingredients and, with 40 points up for grabs, each one was going to be critical. Both boys stumbled once through the cook – Ben accidentally added xanthan gum to his ice-cream mixture causing it to thicken and become unusable. He had enough of his remaining ingredients to repeat the step and ultimately made an ice-cream the judges were impressed with. Sashi forgot to insert his three-layered liquid gel into his earl grey lavender mousse, instead letting the mousse set hard in the blast chiller. Despite a moment of panic, he was able to leave the mousse to thaw and later slowly insert his frozen gel.

The judges and Heston were amazed at the ability shown by both contestants in replicating the incredible dish but, with both scoring 36/40, the round one lead by Sashi was just too big for Ben to overcome, and Sashi was awarded the title of MasterChef Australia for 2018.