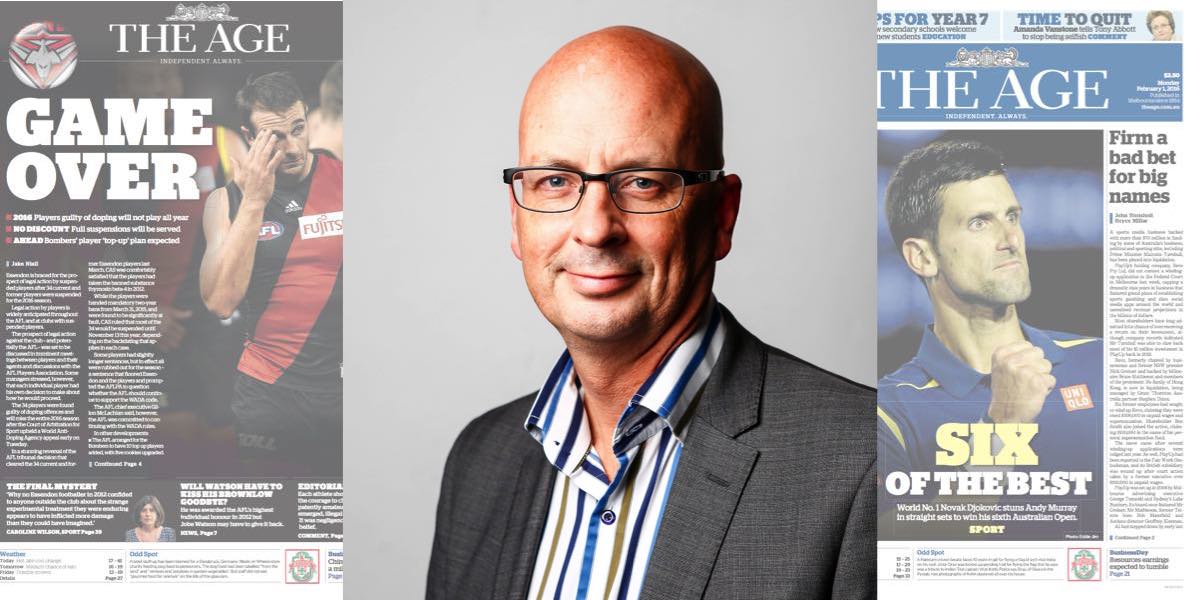 Mark Forbes has been appointed editor-in-chief of The Age and The Sunday Age. He replaces Andrew Holden in the role, who stepped down in February 2016.

“Mark is an outstanding journalist, with a keen news sense and belief in quality reporting,” Fairfax Media editorial director, Sean Aylmer, said. “He is the ideal person to continue The Age’s transformation, providing quality journalism to its audiences across print and digital.”

The appointment is effective immediately.

Forbes was previously The Age’s news director for three years, performing the role of operational leader of the newsroom and responsible for content across all print and digital platforms. Prior to that role, Forbes was editor of the The Sunday Age, which was named the Asia-Pacific’s Sunday newspaper of the year in 2012 by PANPA.

As a political correspondent, investigative reporter and foreign correspondent, Forbes won numerous awards, including several Quill Awards and a Walkley Award for an expose of Australia’s role in the international steroid trade. He has also won the United Nations Media Peace Prize for a ground-breaking journey into Indonesia’s Papua province.

Forbes has also worked with Channel Seven and Four Corners, and has a Masters in Strategic Affairs from the ANU’s Strategic and Defence Studies Centre.

At the Quill Awards in March 2016, The Age’s outstanding journalism was recognised with seven major awards.

The Age reaches 3.2 million people across all platforms, according to January 2016 Emma survey data.

The Age attracted almost 2.7 million to its digital platforms nationally in February 2016, attracting nearly 1.5 million in Victoria – a bigger audience than its main publishing rival, according to Nielsen Digital Ratings (Monthly) data.