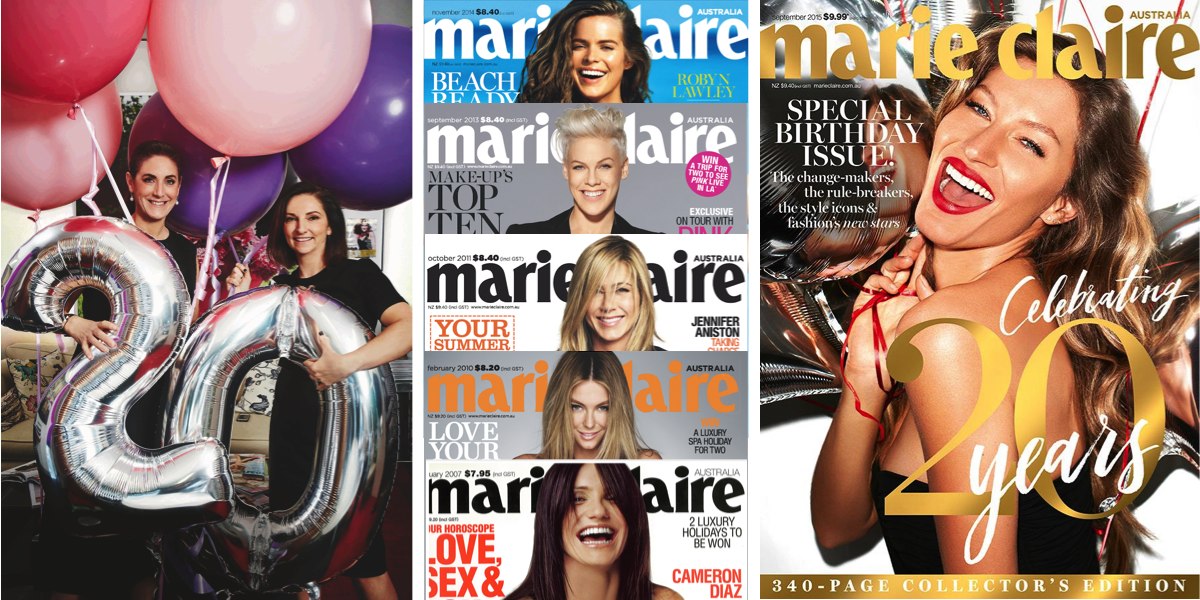 A magazine milestone is taking place this week as marie claire Australia founding editor Jackie Frank moves out of the editor’s chair for the first time after 20 years to focus on a group publishing role at Pacific Magazines. She won’t be going too far though, with marie claire one of the titles in her group.

Taking over as editor is Nicky Briger after moving across from Who magazine.

marie claire this week publishes a special 20th anniversary edition and Mediaweek asked Frank to select five of her best covers from the past 20 years.

Frank said she had chosen recent covers because they are fresher in the memory. One older one that came to mind quickly was her October 1995 cover featuring Linda Evangelista which Frank shot while she was still in the US working for marie claire. “Covers I love have a great big smile – I love covers that are inviting and warm. They have a spirit and look friendly…approachable.”

Frank wouldn’t discuss how much she spends on covers, but explained you pay what you have to. “The cover is everything…it’s the thing that will draw attention to the title. Sometimes we take from other areas to be able to travel to where we want to be to shoot a cover.”

The most elaborate cover shoot Frank ever did was the Robyn Lawley cover which was shot in Mykonos. 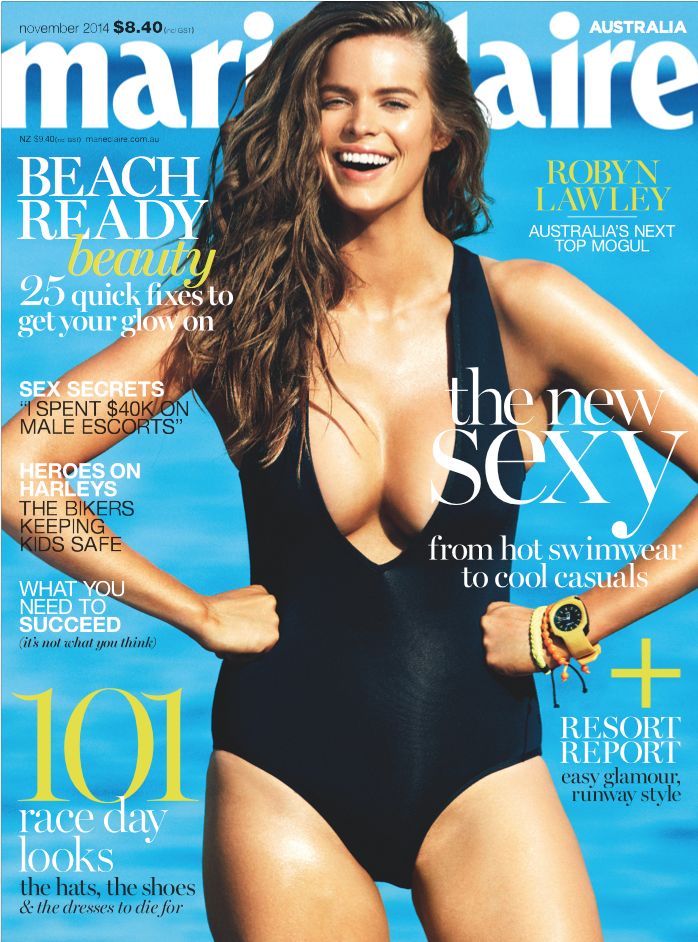 “We took inspiration from our Elle Macpherson cover where she was wearing a black swimsuit. I shot this Robyn Lawley cover myself with our team in Greece. I wanted to channel Elle Macpherson and when we put Robyn in the swimsuit on the beach it was déjà vu how much she looked like Elle. What was really incredible was that she was pregnant and none of us knew it. She just embodies what an Aussie girl should be.” “What was exciting for me was that I have always loved her as a very strong woman and she was free and easy. It was a personal highlight for me. It was at the height of her tour and no one else got an interview. I was able to also interview her for Seven’s Sunday Night. It was just a pleasure – so much fun.” 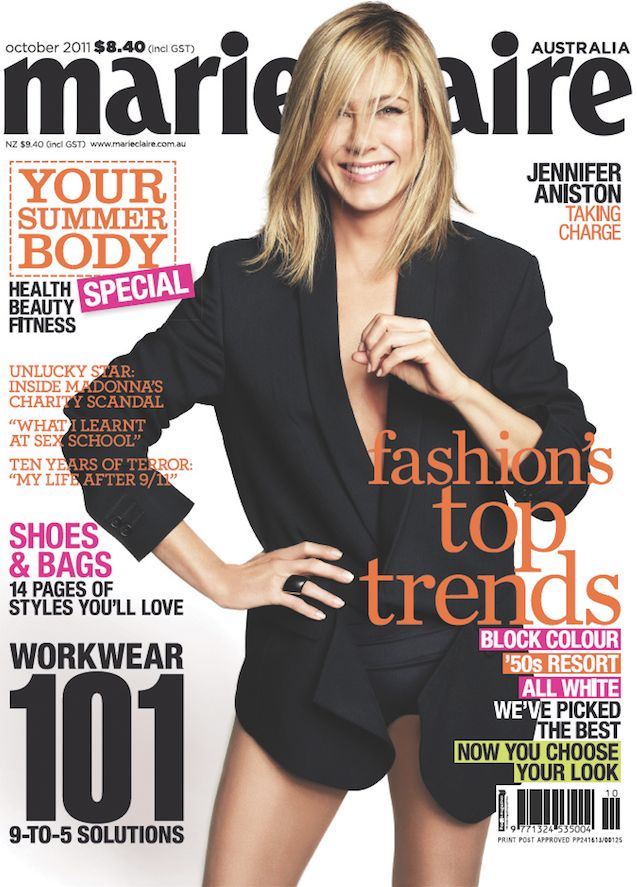 “She is wearing a black tuxedo and she almost looks like she’s just walked out of the bedroom. She has a great smile and looks as authentic as you are ever going to get her. We have captured a moment and when you see that you just want to be her best friend.” 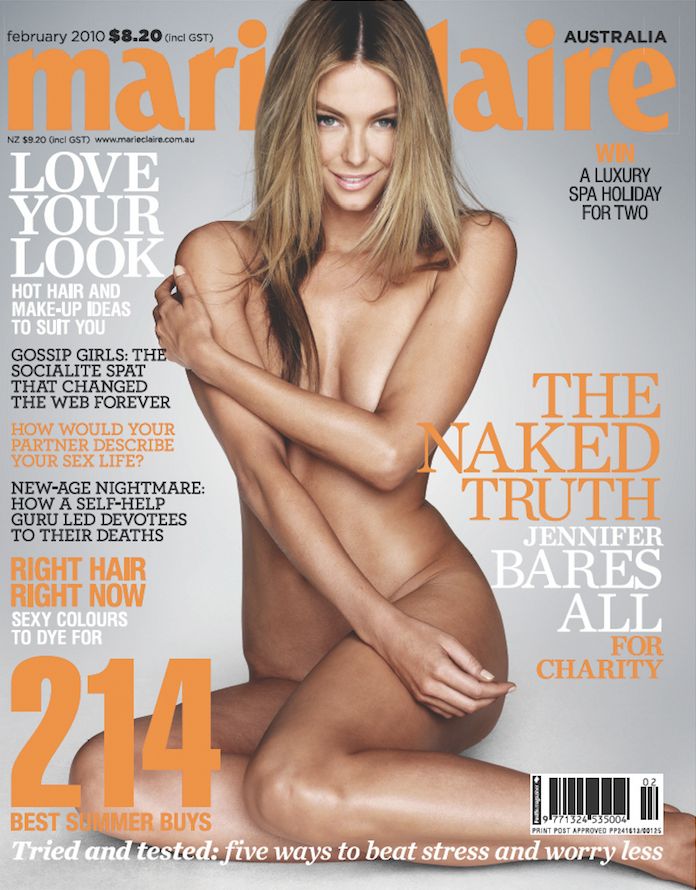 “The nude Jen Hawkins. A very personal cover for me. Jen trusted the magazine and me and then she bared all for us. It was the first time in Australia for a nude cover. Even though it triggered some controversy, it was a real celebration of a woman’s body – it wasn’t touched up.” 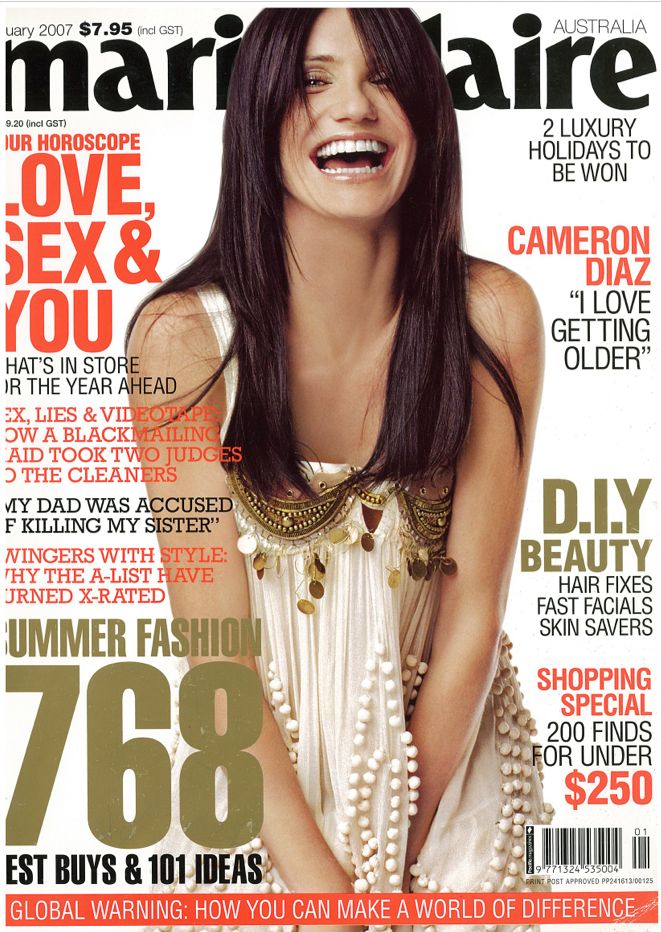 
“She is just lauging … it had a joie de vivre that is incredible. It is very candid, beautiful and inviting. I love that about it.”